Nurseries from across the UAE have joined together to issue an urgent warning of the imminent collapse of their sector without a date for reopening. Unlike schools, nurseries have as yet no guidance as to when they may reopen.
This article is part of an editorial series on Covid-19 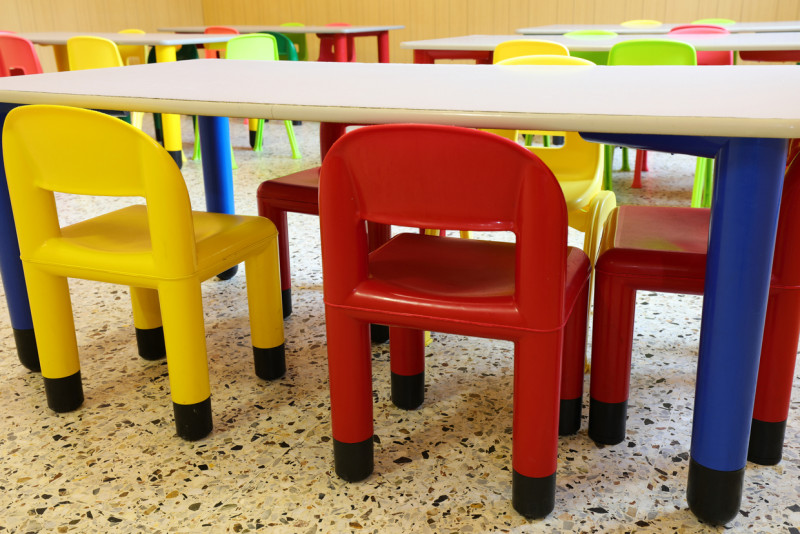 More than 80 nurseries have joined forces to issue an impassioned plea for support and reopening guidance to the UAE government. The letter, written in both Arabic and English, and seen by WhichSchoolAdvisor.com, was sent to a number of government departments including the Ministry of Education (MOE) and Knowledge and Human Development Authority (KHDA). The sector has also joined forces with itself, launching a social media campaign under the hashtag #saveournurseries.

Nurseries across the UAE have been closed since March 1st due to the Covid-19 pandemic. As yet, owners do not have a date for reopening. Nursery owners and managers fear any further delay will result in between 50% and 75% of all nurseries close in the coming months.

A primary challenge for nurseries is the fact that, unlike schools, distance learning is not ann option. Nor have nurseries been able to compel parents to pay term 3 fees after closures were announced. The majority of nurseries have had no income at all since March, despite pleas for support.

The letter to the UAE government lays out the severe challenges that nurseries currently face. These include the almost complete lack of income, along with the following issues:

Industry leaders are not only concerned about the problems they face now, but also for the future of Early Years education in the UAE as well as the well-being and safety of children.  Hala Adel, Director of Future International Nursery expressed her fears, telling WhichSchoolAdvisor.com:

"We are not only concerned about the current issues our industry faces, but for the future of excellent early childhood education in this country. Bringing together a high quality team takes time, investment and training. The industry is seeing brilliant staff leave the UAE every day. Repairing this damage will take many years and have a long term impact upon children. We are also aware that many families have had to resort to unlicensed childcare in order to meet their financial obligations. This is not only illegal but also potentially unsafe for children".

Nursery owners and managers have made a number of key requests to the government. These include being able to reopen next week, along with schools, and a financial aid package to assist with the payment of rents and salaries, the two key overheads for nurseries.

Speaking to WhichSchoolAdvisor.com, Lucy Bruce, Founder of the two Home Grown Children's Eco Nurseries in Umm Suqiem and Al Safa and an Educational Influencer had this to say on the current situation:

"To be very frank the nursery industry is now on its knees. Every day we hear of another nursery that has closed which is just heartbreaking for us all. To be clear, this is not just about opening for us to generate revenue, it is so much more. Our parents and families have been backed into a corner and it is women who want to work who are suffering as the responsibility of childcare has largely fallen on them, leaving no option but to stay at home. We are desperate to give our staff some answers about when they can return to work, this has a huge impact on them too.

"Our priority has been and always will be our children and now more than ever we are ready to do all we can and more to implement all of the health and safety measures to ensure that we prevent the contamination of Covid-19 and keep our children, their families and our staff safe. It is high time to give the nursery industry the same opportunity that other educational sectors have been given.  The future of our nurseries and our families  depends now on swift, precise, and clear action. The nursery industry stands unified in our message and urges the authorities to now step up and lead us forward".

The official letter to the government agencies highlights the feared loss of up to 75% of UAE nurseries in the coming months. It states that,

“The timeline for action before the sector collapses fully is closing fast... in a few days”.

The authors point out the resultant impact this will have on working parents in other sectors, who, without adequate childcare provision, will be unable to work.

"At Chubby Cheeks Nurseries we serve a large number of dual income, working families across the UAE. The nursery closure has impacted them greatly with no safe and regulated childcare options. As both a parent and as an educator I believe that the mental health of our children is an important aspect of their well-being.  Children need to go back to nurseries to rebuild their social and emotional skills in a safe setting.

"We have full faith in the authorities and also full confidence in the early years professionals in the UAE. As an industry we are fully capable and ready to embrace our children back to our nurseries in the safest way.".

Are you waiting for nurseries to reopen? What impact has the nursery closures had on you and your family? Join the conversation on our Facebook page or by emailing [email protected]