The nomination stage for the UAE Teen Sports and Fitness Awards is now open, with its web site ready to take nominations from schools, individuals, clubs and academies. The awards recognise individual excellence, as well excellence in coaching and managing.
Nominate Now for Teen Sports Awards
By David Westley 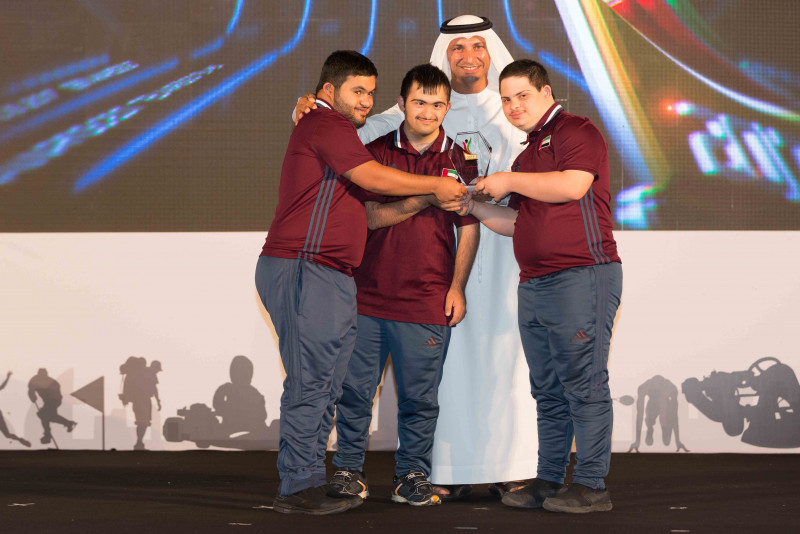 Nominations for the 4th edition of the annual UAE Teen Sports & Fitness Awards has been launched. Winners will be announced on Friday 26th April at a Gala Dinner at the Emirates Golf Club.

The UAE Teen Sports & Fitness Awards celebrates sporting and fitness achievement of youth in the UAE, and awards and recognises schools, colleges, academies, clubs, and sports federations as well as the dedication of individual coaches and students.

This year the event has expanded to offer new categories, "giving new opportunities for organisations and individuals," says Ruth Dickinson, Director of the event. "We include categories for athletes of determination, and this year there is a Performing Arts category for the many thousands of talented students actively involved."

The Awards are held under the Patronage of Dr Abdulla Al Karam Chairman of the Board of Directors and Director General of the Knowledge and Human Development Authority (KHDA) and supported by the UAE National Olympic Committee and the sports councils of Abu Dhabi, Dubai and Sharjah.

Entries for the awards opened on Wednesday 9th January, and submissions close on Wednesday 13th March. The first round of judging to take place Monday 18th March with a second round of judging in the first week of April. The Awards Gala dinner is held on Friday 26th April at Emirates Golf Club. Which Media, publisher of WhichSchoolAdvisor.com and SchoolsCompared.com, is, this year, involved in the judging phase.

Visit the Awards web site for more details - and to nominate!