New GEMS School To Be "Beyond Outstanding"

New GEMS School To Be "Beyond Outstanding"
By C Hoppe 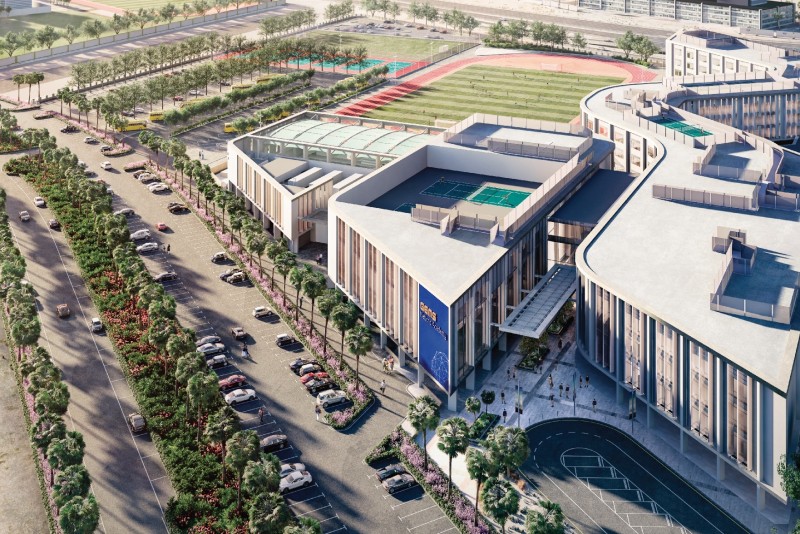 Today saw the launch of GEMS newest and certainly most high-profile education venture to date; the GEMS Nations Academy.

Although not due to open its doors until September 2016, today saw the end to months of speculation, as three GEMS heavyweights officially launched the new project.

Aimed at being, "beyond outstanding," Farquhar reiterated it is not enough any more to just focus on achieving the top KHDA rating.

Billed as the first of its kind in any 'developing economy,' GEMS Nations Academy will offer more classroom dynamism and less testing, encourage diversity, teach computer coding as a third language and focus on dynamic Arabic teaching via modern pedagogy.

Farquhar highlighted that while both he and Little may have previously led some of the finest schools in the world, each of these institutions had been tied to their 'great traditions,' saying to be given this opportunity to start afresh by, "creating a new school in a 21 century way, was very special."

The school will not only recruit from the top teacher training colleges, it will also be the first in the region to offer a unique lead teacher/co-teacher model in the classroom. The system, already successfully utilised by Harvard and Columbia Universities, will see 'expert' teachers lead lessons while fully qualified  'co-teachers' further assist student needs.

During his speech, Farquhar discussed the GEMS Nations Academy scholarship programme. He said initially it would focus on grades six to eight and be available to 'a few children per grade.' While the criteria was not discussed in detail, Farquhar did note it wouldn't be based solely on academic excellence, advocating 'financial diversity' as one of the primary motivations behind the programme.

He went on to say that despite the school having no media or online presence as yet, numerous parents had, "already found their way to us.

"The response, is quite inspiring... I think parents in this city are ready to hear that there's an educational programme focusing on learning, even more than focusing on testing. They're ready to hear about this integration of time honoured  values... integrated with 21 century skills."

Fees at GEMS Nations Academy are expected to start at Dhs84,000 for Kindergarten rising to Dhs 118,000 for grades six to eight.