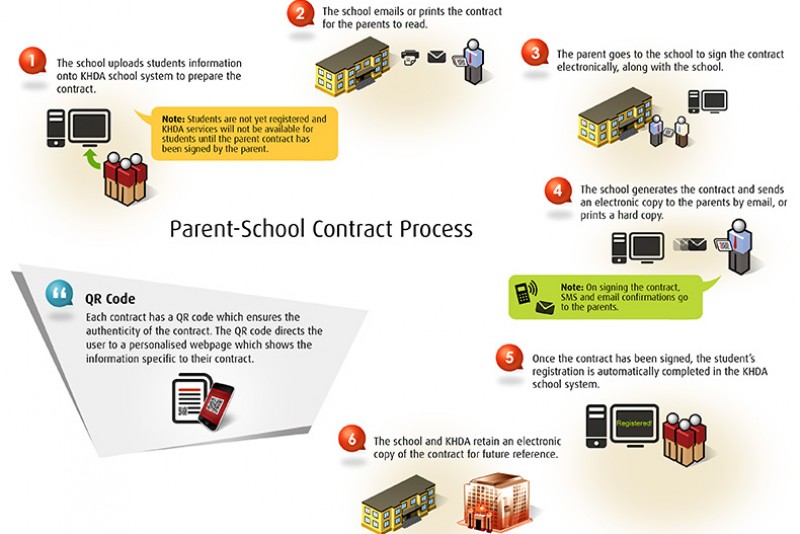 A new legally binding contract between parents and private schools in Dubai is to be introduced to reduce disputes, setting out in detail each party’s rights and responsibilities.

At present, private schools in Dubai create their own contracts, which means many are very basic, fuzzy on the responsibilities and duties of each party.

The School Parent Contract, introduced by Dubai's education regulator, the KHDA, tightens up the details, including refund and admission policies, school fees, attendance and punctuality, as well as health and safety provision and transportation.

What is the KHDA, and what does it do for you? Find out here...

It will also address parental responsibilities such as providing schools with accurate medical, psychological and educational assessment records.

According to the KHDA by forming a detailed list of terms and conditions both schools and parents will benefit, enabling them to fully understand expectations and responsibilities.

“Constructive relationships between schools and families are essential to ensuring excellence in education,” said Amal Bel Hasa, Chief of Compliance and Resolution Commission at the KHDA.

“In addition to this contract, schools should have effective procedures to address and mitigate parental concerns and complaints."

The first phase of the new parent-school contract will make it mandatory upon registration in six schools at the start of the 2013/14 academic year. These include Dubai Modern Education School, Al Ittihad Private School - Al Mamzar, Al Ittihad Private School - Jumeriah, School of Modern Skills, Greenwood International School and American Academy in Al Mizhar.  In total 9,632 students will fall under the protections of the new contract.

The terms were designed according to international standards but take into account local requirements, according to the KHDA who say they have consulted extensively with schools and parents in drawing up the contract.