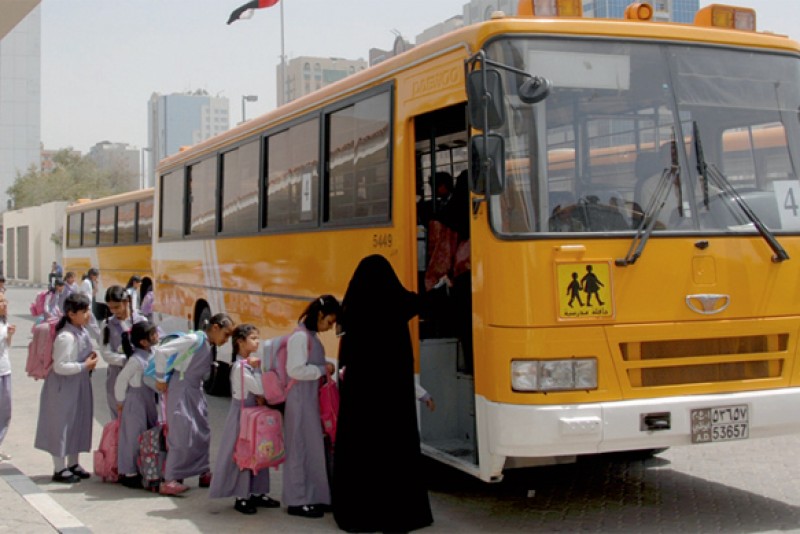 Abu Dhabi Education Authority and Emirates Transport have announced the introduction of numerous hi-tech monitoring systems into all buses carrying the capital's kindergarten and primary school children as of September 2015.

According to the National, the move comes in response to the tragic death of three year old Nizaha Aalaa, who died after being trapped in a locked school bus in October 2014.

The technology to be introduced includes: body sensors, a loop counter which shows the driver/bus monitor the number of students on the bus, a 'check-in' button which will force the driver to walk through the bus checking each seat and an ID card registration system which will monitor the numer of children both on and off the bus.

A spokesperson from ADEC said the new measures would, "avoid forgetting students in school buses and monitor their movement during travel."

But the response from parents across the Emirates remains mixed.

"Around the world literally millions of children travel daily and safely by bus, without any of these devices...yet why do we need them here?" Asked one concerned mum. She went on to note, "I think investing and training the staff on the buses, not just adding more technology is key.  I'm still unconvinced the new systems will guarantee the safety of my children and implementation is only going to increase the cost of school transport."

"what if my child forgets their ID card? Will they be allowed on without registering for the day, or turned away from school?" said another mum.

Fitting of the devices has already started on the proposed 1,300 buses in preparation for September.