The Ambassador Group which has been on the education scene in the UAE for more than 17 years has just launched its fourth school, an IB/English National Curriculum blended curriculum
New Ambassador School Launches September
By James Mullan 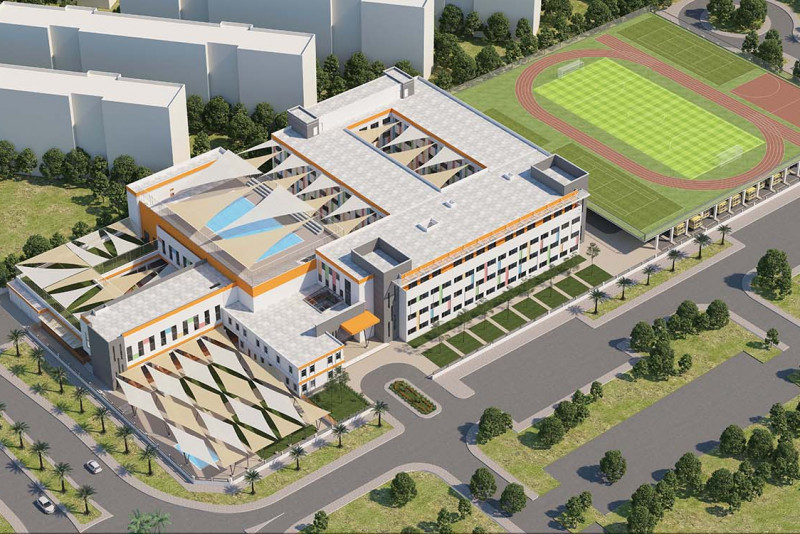 The Ambassador Group has announced that it is launching its fourth school in the UAE, Ambassador International Academy (AIA) Dubai. The school will open its doors to pupils this September making it one of only two new schools in Dubai for the new academic term, the other being Al Salam.  This contrasts with 16 new schools which launched last September.

Located between Meydan Road and Umm Suqeim Street, AIA is presenting itself as an ‘affordable IB school', stating that the average Kindergarten fees will be AED 30,400 and AED 35,800 in the Primary School.  No fees have been published for Secondary. These are founders fees, which are significantly discounted on the approved fees. Families will need to prepare themselves, presumably, for the impact of the implementation of "normal" fee levels as those discounts are removed. Note, however, that WhichSchoolAdvisor.com has been told the school does not intend to move to the KHDA approved fees for at least five years. Please see the review for more details.

Schools in the UAE offering the blended curriculum have usually opted for the English National Curriculum up to GCSE and followed this with the IB DP/CP programme. One of the main reasons that schools opt for this is because, while the IB does have an (optional) assessment of children at 16, it not seen, widely, as a qualification in its own right - as the GCSE very much is. Mixing the PYP/MYP and GCSE programme is unusual and it will be interesting to see how this plays out at AIA.

Facilities at the new Ambassador International Academy campus will include: four libraries; a multipurpose hall; a 25 metre outdoor shaded swimming pool plus a training pool for the Kindergarten; football pitches, tennis courts; cricket practice nets; science labs; design and art studios. AIA will also offer ‘extensive extracurricular activities’, according to their press statement with more than 30 varying activities on offer from sports to robotics to mother language programmes.

Principal James Lynch, who was formerly at Dubai International Academy (DIA), is keen to highlight ‘personalised learning’ as key focus for the school.  He has said that the adult to student ratio in the classroom would be 1:8 in the Kindergarten and 1:14 in the Primary.