The principal of GEMS Modern Academy won the inaugural award with 273,000 AED as a cash prize. She is going to donate half of it to a fund to help teachers within her school.
Nargish Khambatta wins Exceptional Head Award
By Veathika 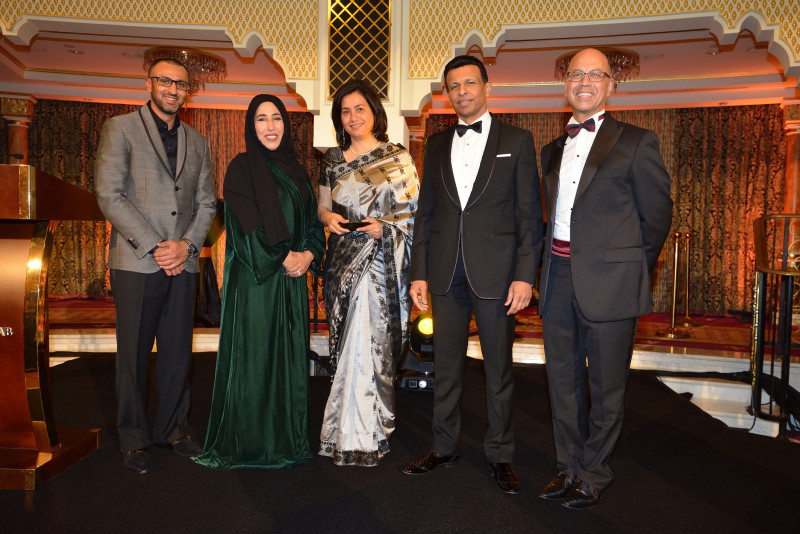 GEMS Education has announced Nargish Khambatta from GEMS Modern Academy as the winner of its inaugural ‘GEMS Exceptional Head of School Awards’.

The awards recognise outstanding Heads of Schools, including bothPrincipals and Superintendents, who have succeeded in providing high-quality learning opportunities for all their students.

Nominated by peers, and chosen by a judging panel, Nargish Khambatta was taken by “surprise” when her name was announced as the winner.

“I didn’t apply for this and it was a very overwhelming experience. I feel its not about me or my work but my peer group. Leadership is a privilege and I was a representative of my peer group. Its also a manifestation of what the school stands for and the work the whole team does. I am just a face to receive the award.”

We asked Ms Khambatta what she planned to do with the prize money…?

“I have been to my accountant to find out how we can set up a staff welfare fund, as I would like to put 50% of the prize money into that. This is basically for the staff who need extra cash and instead of taking a bank loan, we can help them from within the school. It’s the contribution of my team that has got me to where I am and this is my way of honouring the award itself. It’s a legacy I want to leave.”

Apart from the staff welfare fund, Nargish also want to go on a relaxing holiday for a few days.

The nominated Heads of Schools were evaluated using several criteria including responsiveness to needs and strengths of students from diverse linguistic, cultural, religious and socioeconomic backgrounds; understanding of the curriculum; and assessment and reporting requirements, while also demonstrating innovative practices that engage and support all students.