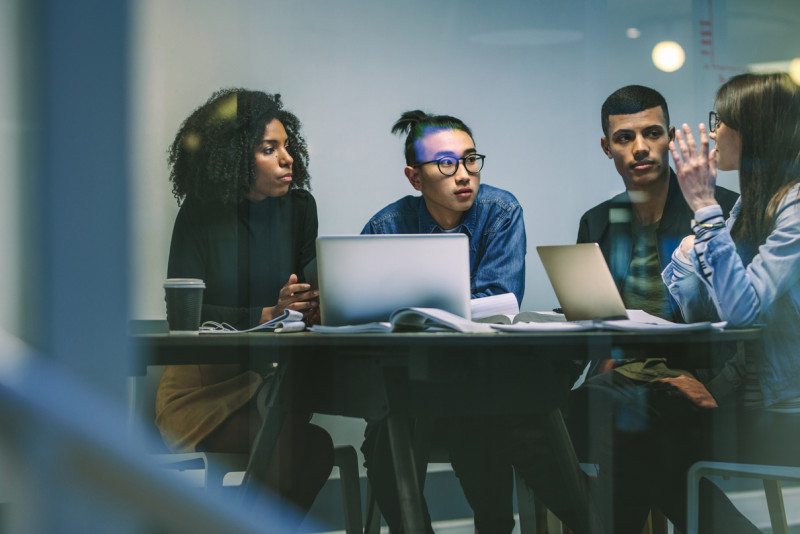 The first-ever quality ratings of 17 out of 25 international university branch campuses in Dubai were revealed on Wednesday, with just three of the universities gaining a coveted 5-star rating.

In addition to the three universities with a 5-star rating, eight institutions achieved 4-star, three institutions received 3-star, two achieved 2-star rating and one received 1-star. The KHDA also created a 5-star plus category, but, so far, has not awarded it to an institution in the emirate.

Just over half of all students enrolled in international branch campuses in Dubai, representing 16,517 student in 282 programmes, were covered in the initial cycle of inspections.

Out of the 17 universities rated, eight are British, three Indian, three Australian, one French, one Pakistani and one Iranian. With a diverse foreign university profile in Dubai, there was "considerable debate about whether and how the quality of higher education institutions with significantly different models and widely varying missions can be realistically and usefully compared with one another" Dr Kevin Dunseath, regional director MENA of 4-star rated City, University of London told UAE newspaper Gulf News.

Can a university appeal its rating?
Yes, a university can appeal should they feel that they have not been given a fair rating. The institutions can appeal by sending an official communication addressed to the Director General of KHDA within 30 days of the publication of the report.

Can a student transfer to another university if the rating is low?
A credit transfer between programmes and universities will be based on equivalencies determined by University Academic policies. This process existed prior to the introduction of the Higher Education Classification framework.

If a university is rated “One Star”, will it be closed down?
No, the university will not be closed down. One of the aims of the Higher Education Classification framework it is to provide greater transparency about higher education institutions to the public. Another aim is to help universities identify strengths and weaknesses, and to prioritize areas for improvement before the next rating cycle.

What is the difference between UQAIB and Higher Education Classification?
UQAIB is the academic quality assurance process that KHDA uses to ensure that branch campuses are delivering programmes to the same quality as the home campus. The
Higher Education Classification is a rating system developed to provide better transparency and public information.

Will KHDA share the areas where the universities need to improve?
Yes. The report will clearly set out areas of strength and areas for improvement which the university can prioritize moving forward.

Can universities increase tuition fees based on the Higher Education Classification rating?
There is no linkage between rating and tuition fees. Decisions on tuition fees are made at the discretion of each University.

What can I as a student expect to gain from the Higher Education Classification?
You will have access to a range of information about Dubai universities which will help you make informed higher education choices. All of this information will be conveniently located on KHDA’s website.

Will my university’s rating affect my degree/ employability?
The Higher Education Classification rating will not affect your degree. All of the institutions that have been through the Higher Education Classification cycle award degrees that are recognized by the government of Dubai, as per Executive Council Resolution (No.21), 2011. These degrees are also international awards.

For employment purposes, as per Executive Council Resolution (No.21) 2011, Article 9, you will be eligible for employment by Dubai government and the private sector across the UAE.

Is there an option to get a refund should I choose to no longer continue at the university I am studying at due to the rating?
No, a refund based on rating is not an option. The framework was developed and implemented in 2019. There is no intention for the results to be used retrospectively. Refunds are based solely on university policies.

The UAE: World's Best Place to Bring Up Kids?

The marketing teams responsible for the UAE's image could be missing a trick. I…