Kent College Dubai has announced an affiliation with The Urdang Academy, a London Performing Arts college and conservatoire of dance and musical theatre.
Kent Partners with UK Performing Arts College
By Jenny Mollon 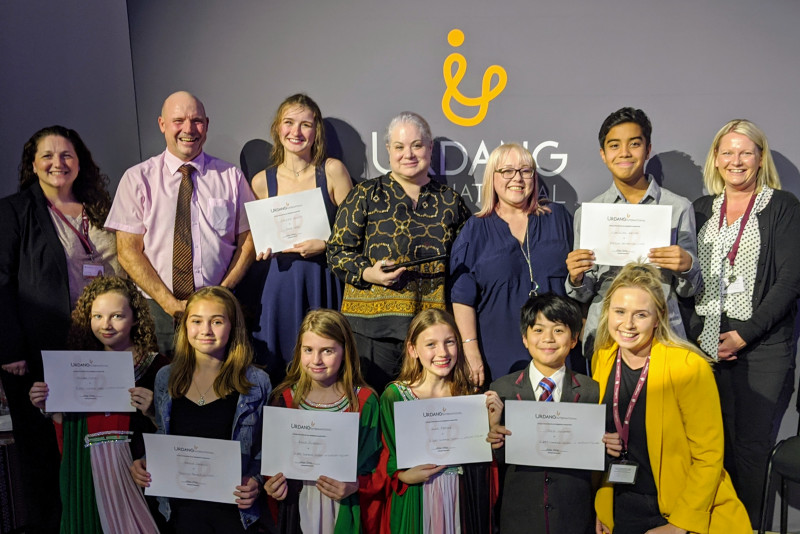 Kent College Dubai has announced a partnership with The Urdang Academy, London which will see the school's students receive dance, music and acting master classes, workshops, summer camps and audition preparation for Performing Arts conservatoires.  From 2021, the school will host The Urdang International Dance competition.

Speaking to WhichSchoolAdvisor.com at the launch event,  Solange Urdang, CEO of The Urdang Academy said she had “first visited Kent College Dubai to explore the possibility of hosting our International Dance competition, but the response was so warm and so positive we quickly realised we could do much more".

Ms Urdang went on to add;

“There are already students here at Kent College with the potential to make a career in Performing Arts…it’s impressive to see what the school have done with them to date.

We’re hoping that this good grounding plus our experience and expertise will produce really confident, well rounded performers, ready to perform on the world’s biggest stages”.

The school announced the news with a performance from Chelsey Bowler, one of WhichSchoolAdvisor.com’s current “Pupil Profiles”. Read more about Chelsey’s life at Kent College Dubai HERE. During the ceremony, Chelsey was presented with a “Golden Card” allowing her a fast track audition to attend The Urdang Academy Conservatoire in London.

Speaking to WhichSchoolAdvisor.com, Anthony Cashin, Principal of Kent College Dubai, said the  agreement would mean a step forward for the Performing Arts Department at the school.

"Kent College will play host to numerous workshops and events. In the coming months, visiting specialist performers, coaching our pupils in the areas of dance, acting and music, will give our pupils the opportunity to receive Urdang scholarships for Summer Schools and Audition Preparation courses at either Urdang in London or here in Dubai”.

Performing arts opportunities are growing in the UAE. Nord Anglia schools in the Emirates benefit from the international school group’s partnership with The Juilliard School of Music in the United States, while earlier this month, Berklee College of Music announced it would open on Saadiyat Island, Abu Dhabi.