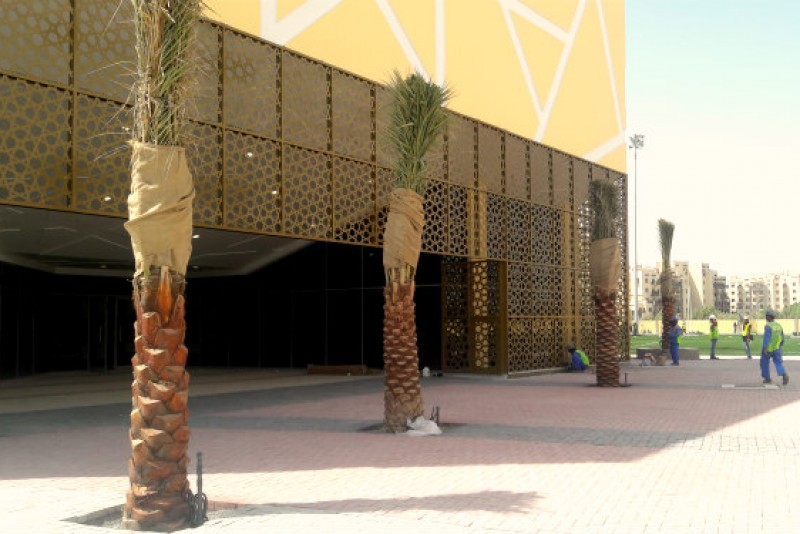 When the news broke earlier in the year that principal Jacquie Parr was to leave Jebel Ali School after only one year into the school’s dramatic expansion programme, there were certainly some who wondered if the fledgling school could ride-out one more seismic change.

Not only had the school left its shabby yet adored 40-year-old campus for a sleek new building, Jebel Ali School also took the decision to implement an AED 25,000 personal debentures to help cover costs, and to move miles from its home in the tight-knit community which had given its name to the dusty heart of new Dubai.

It also changed overnight from a Primary into an all-through school, with a brand new Secondary thrown into the mix.

Many schools would have faced difficulties coping with any one of these changes, and yet JAS is slowing coming through, not only unscathed, but in many ways stronger than before.

The school is one of a handful in the UAE with a 100% parent recommendation in our Parent survey. Some 73% of parents say their children have a tremendous sense of belonging, and over 9 in 10 say their children wake up looking forward to going to school. Proof of the pudding is however in the eating - and there is a waiting list for many of the year groups.

Parr had been at JAPS/JAS since 2014 and tasked with the unenviable role of dismantling  the 40 year-old not for profit primary school. More intangibly she had also been given the role of transplanting the school's culture or ‘essence’, something everyone at JAPS/JAS speaks of so often, to the new site.

Head of secondary, Colette Doughty had only been at JAPS for six months prior to the transfer. At the time it seemed she would have difficulty enough understanding the ‘ethos,’ let alone being a partner in transferring the school's culture. However she believes with Parr the pair worked as a team and achieved just that.

“It was one of our biggest goals and [at the time] we really didn’t know how to do it,” says Doughty. "Yet, somehow however we genuinely feel that we succeeded in transporting that [Jebel Ali] feel...

"That does not mean we were able to sit back and say, 'tick, mission accomplished'. It’s something that we have to continually work on, because the school is continually changing and evolving.”

Today one of Doughty's key roles is helping with the transition to newly appointed principal Peter Hill and head of primary, Lizzie Robinson, making sure they too are grounded in the JAS way.

Peter Hill is of course no stranger to JAS, or to Dubai’s education sector, having previously been both teacher and principal at Dubai College.

“I originally came out in 1999, he says, it [DC] was in the middle of the desert, construction work all around it, dust flying everywhere. It wasn’t finished... I’m now the other end of Hessa Street, in the same sort of position,” he laughs.

Having handed over headship at DC to current principal Michael Lambert, Hill returned to his native Wales and a two-year stint back in the classroom.

Clearly not a conventional headmaster, Hill admits he has always retained a teaching commitment regardless of his other ‘whole’ school roles.

Lizzie Robinson joined Jebel Ali as head of primary after 10 years with JESS as Deputy Head. She too is not unaware of the school's past.

“Jebel Ali is Jebel Ali, it’s not JESS it’s not DC… “It really has got something rather special all of its own. I love it!”

“I think what [the new]Jebel Ali offers is a lot of opportunity for leadership. It’s very exciting to come to a school that despite its rich culture is still growing..."

For all three, Hill, Robinson and Doughty, Jebel Ali’s Not For Profit status has been a significant draw.

"Being Not For Profit is really important,” says Robinson. “Leadership opportunities don’t come up that often…so staying within a philosophy that you totally believe in and is really important to you sort of dictates where you will go.”

“Education is the business, not finance. Knowing that is really important for us,” says Doughty. The resources are all for the kids…"

Every dirham goes back into putting children first,” agrees Robinson. “You can see that thread go through every decision we make.”

But what are the decisions being made, and how are they developing JAS?

How does the new building, new secondary and new management team evolve preserving the ‘essence’ yet covering new territories daily?

And of course, what can be infused from DC and JESS, two schools with significant pedigree of their own.

“We’re looking at adding value to the Dubai landscape,” says Hill. “We are not here to replicate other schools, we’re here to create additional choice for parents within the Dubai market… and to not lose the Jebel Ali essence. It is this which distinguishes us from other schools.

“The Primary school is known extremely well for what it does, so will the Secondary school,” he continues.

All three remain adamant that what they are creating at JAS is very different from the offerings elsewhere.

“We must remember, the Secondary is being built on the Primary,” says Hill. "The Primary is [KHDA rated] Very Good. What we want to avoid is to have a Primary school and a Secondary that are distinct and unrelated. We are very conscious of building bridges across the two and taking the exceptional practice from the Primary and share it. We want to have teachers going up and down and learning from each other - Primary to Secondary, and Secondary to Primary. We’re going to take the value of having a whole school set-up and make it work for itself.”

Regardless of any future ratings, inspections and sixth form programmes, all three leaders remain adamant that Jebel Ali is a community school and the children who start at the school should be given the opportunity to finish with it. It will be inclusive and work for all children.

That makes a difference for its approach to Secondary. While being an A Level school, it will work in the best aspects of the International Baccalaureate (IB). “We have both had the luxury of being in top end IB schools,” says Doughty of herself and Robinson, “so we know what we like about it and what we don’t."

“We will take some of its ideology and framework and bring it into our school, so that we have learner profiles and programmes for IB DP type students able to do four A Levels and an EPQ, who can cope with all those things like the IB's CAS programme. Equally, students will be able to personalise the curriculum, do the CAS but perhaps two A Levels in combination with a personal project. With A' Levels we can actually manipulate what we’re offering to suit that individual,” says Doughty.

“We aim to have new T Level, which will give equal weight at long last to vocational qualifications, which will allow a two stream choice,” he says.

Last year, Jebel Ali was exempt from the KHDA inspection process thanks to its participation in the Abundance Project.

The project saw schools rated Very Good and Outstanding, given the option to help develop Weak ranked schools instead of completing an inspection.

Doughty says they learned a lot during the process, with sharing opportunities happening both ways.

For the 2017/18 inspection cycle though, she has other ideas. “The inspection rounds are coming up.. and I actually want them to come in and a) tell us what we’re doing well and b) help us to become better.”

Having experienced so much change and expansion there is always the potential for Jebel Ali to possibly drop down to Good, until it stabilizes, something not uncommon in schools experiencing so much development.

"Whatever will be, will be," says Doughty. "I feel like I can stand up with parents and put my hand on my heart and say yes we’ve got things to learn… but actually I’m really confident about what we have got in place so far.”

“The kids are happy, they’re engaged, they’re really working very well and that’s the heart of everything surely?”

“I really think parents - Jebel Ali School parents - will get that.”