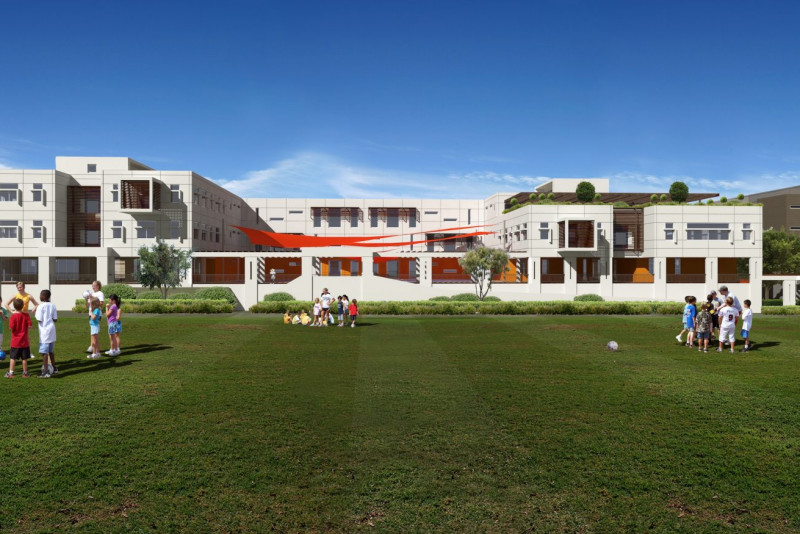 The school group has paid185.5m AED for the school, its land and its buildings. In addition Taaleem agreed, on behalf of Jebel Ali School, to settle the school outstanding liabilities towards its REIT for an amount of AED 48 million. Taaleem will have paid 233.5 million AED in total for the school. Note, it has also agreed to pay back all debentures to the school's parents over five years.

JAS is a Dubai institution as the original Jebel Ali Primary School was launched in 1977 in Jebel Ali Village to support the children of construction workers at Jebel Ali Port. The school moved to its existing plot in Damac Hills in 2016 and became an all through school.

Following an ongoing dispute between the school and its landlord, Emirates REIT, the Arbitration Centre of Dubai International Financial Centre awarded in favour of the landlord in September. The rental dispute was valued at the time at around $19 million (AED 70 million). That has clearly increased.

In an interview with WhichSchoolAdvisor.com, Taaleem CEO Alan Williamson explained that the board at Jebel Ali School initially approached Taaleem to discuss how the two parties could potentially work together:

“There were clear challenges including the 'not for profit' status of JAS and the Ruler’s Court decree of 1986 guaranteeing that status as well as the school’s independence. Over the last few months there has been a lot of work involving the board and senior leadership at JAS along with myself and senior leaders at Taaleem. We had a long, fruitful and amicable discussion with Emirates REIT and eventually came to a financial agreement which involves the acquisition of the land and building by Taaleem. The agreement has also ended the fairly extensive liability on the Jebel Ali board.”

Mr Williamson was keen to highlight the sense of financial security that the new agreement should bring for parents, teachers and students at JAS, and the positive future that he sees for the school. Taaleem has agreed a four-year investment plan for the school and has guaranteed that teachers’ renumeration and conditions will not be altered for the first year that the new agreement is in place.

JAS Principal Lizzie Robinson is stepping down “due to recent and challenging family circumstances”. Simon Jodrell, currently the Principal of Dubai British School (DBS) Emirates Hills, has been confirmed as her replacement. Mr Williamson paid a warm tribute to Ms Robinson’s contribution to the school, emphasizing that she had run a “successful school in terms of its reputation, achievement and its position as one of the most sought-after schools in the emirate”.

“For the JAS community, what’s important to remember is that we’re going to continue behaving in the same way. We will value excellence in the same way and value children and their education in the same way. From the long and detailed discussions that I’ve had with Alan and his team, I don’t actually think the experience for the child will change. When parents feel the reassurance of that and see the investment in the school, they will recognize that this is a positive move for JAS.”

Ms Robinson also highlighted the additional opportunities that will be available to all within the JAS community of entering the Taaleem group. Promotion opportunities for staff as well as improved continuous professional development (CPD) and expanded extra-curricular potential for students were mentioned.

The school’s debenture scheme will no longer be made available for newly applying families or supporting corporate sponsors, with debentures returned in full to those who have applied for places in 2022-23 or future years, and to those leaving the school, in line with JAS’s current debenture policy. A Taaleem representative shared:

“We greatly appreciate that current parents and corporate entities have invested in the school in the form of their debenture(s). Taaleem recognises that this investment has been vital to support the school’s aspirations and to significantly help develop it to where it is today. However, Taaleem feel that it is only fair and equitable, and with the agreement of the Government of Dubai, The Ruler’s Court and the KHDA, are committed to reimbursing current debenture holders.

This will be a phased, equal payment over the next 5 years to refund the full amount of the debenture(s). The payments will be refunded by Taaleem directly into the debenture holder’s bank account. This applies to both personal and corporate debentures. Please be assured that this phased payment will not affect any of the school’s planned development or Taaleem’s commitment to significantly invest in the school.”

JAS is currently rated ‘very good’ by KHDA and Mr Williamson expressed that Taaleem is well positioned to take the school to ‘outstanding’ given its strength in Arabic and Islamic Education in particular.

In the year to 31st August 2022, Taaleem earned revenues of 623m AED, with a reported net profit of just shy of 83m AED.  Earnings before interest, tax, depreciation and amortisation was 172 m AED, suggesting considerable debt repayment. The school group recently acquired Jebel Ali School, its land and its buildings.

For more information, you may read the full interview with key players in the transaction on our sister web site, SchoolsCompared.com, here.