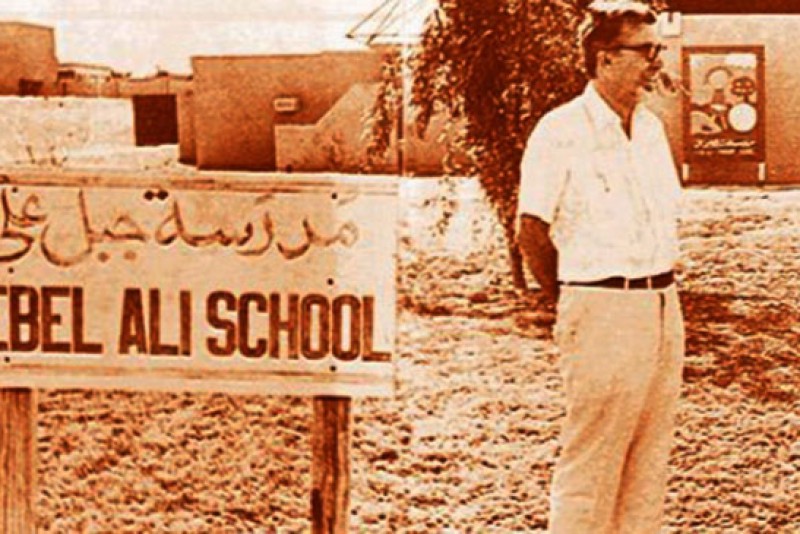 Caption: Jebel Ali Primary School, consistently rated one of the best schools in Dubai, has had a long history. The photo dates from 1976.

Not for profit Jebel Ali Primary School, one of Dubai's best primaries, has confirmed in a letter to parents rumours that Nakheel has become its landlord, and that for the first time in the school's history it is being asked to pay rent on the land that it leases.

The terms of the lease, which JAPS has yet to sign, is also said to "put at threat" the existence of the school at its location when an eight year contractual period comes to an end.

In the letter Clive Reed, Chairman of the school's Board of Governors, confirmed the new arrangements had become a "stimulus" to build a new primary and secondary school in a new location. "All avenues for developing the school on the existing site have been closed to us. Therefore our future belongs elsewhere."

While the agreement with Nakheel was "made effective" from July 2012, the first impact of the new financial arrangement has been felt this academic year, with the request the school "vacate [its bottom field] before the start of the summer holidays".

The school remains upbeat in terms of its future however. "JAPS does have a bright one", Reed writes in the letter to parents. "Jebel Ali Primary says it has held several discussions with the KHDA and approaches have been made to the Land Department to determine available plots which would "allow for the development of both a new Primary and a [new] Secondary facility."

The school hopes to finalise available plots on which to build a new school in the next 6 weeks, and says its intention is to "open in a new location in September 2016".

The school has not said how it would be able to achieve the considerable capex of building a new school, but noted, its discussions had revealed "a great deal of support in our endeavours at government and private business levels...

"They are determined to help us achieve our objective".

JAPS also confirmed Key Stage 1 and 2 operations will remain "relatively unaffected and will continue as normal probably for the next 5 years on the existing site."

The school confirmed it would remain a not for profit entity.