Joanne Wells comes to the UAE with three decades of international education experience. While the emirates is not unknown to Ms Wells, the role of Founding Principal at South View is her first position in Dubai.
Interview: South View, A School With Opportunity
By Veathika 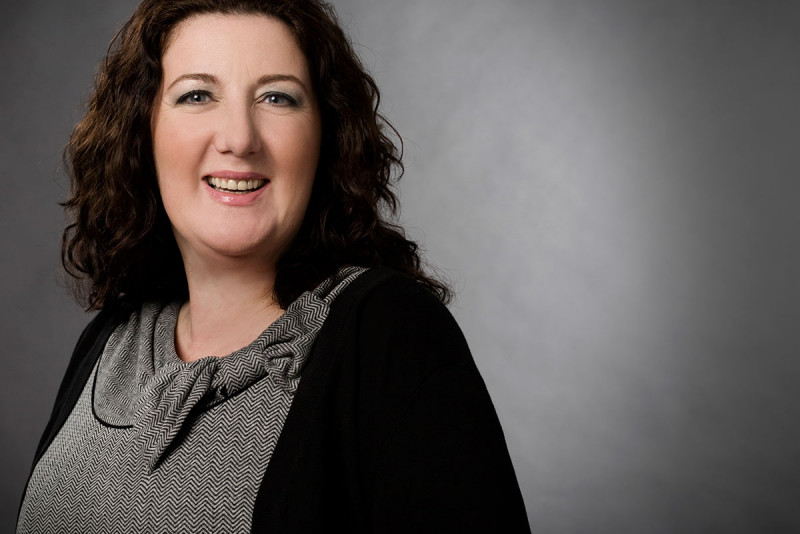 A number of new schools opened in Dubai this September for the academic year 2018-19 with new campuses and leadership teams coming from all over the world.

Located in the residential community of Remraam, South View School follows the UK curriculum and already has 180 children on its register. The Founding Principal, Joanne Wells, is an experienced educator, who has worked in UK, America, UAE, Romania and Paris.

Before joining South View Ms Wells was based in Paris, where she worked in education consultancy. Prior to that, South View's new head had been the Founding Principal of the British School of Bucharest, a role she had held for an impressive 13 years. During her tenure, the school grew from a small primary of 70 children to an all through school of over 500.

It's a mission that sounds not too dissimilar to one she has clearly now embraced at South View, although, given this is Dubai, Ms Wells' goal will no doubt be bigger, and she will be asked to get there faster!

WhichSchoolAdvisor.com met the Founding Head to discuss her plans for the school, now open from FS1 to Year 7.

How did you get into education?

I had a great teacher when I was five who was fantastic and left a long lasting impression. My Godmother was a teacher, and I used to spend a lot of time going into her classrooms. She was very motivating and inspirational. Her classes were just happy places to be in.

Also when I was a student I really enjoyed being at school. It was a happy place for me, so it was kind of a natural progression to go on to being a part time teacher in the school from a very young age.

Primarily, I think I got into education because I have always loved being in school.

What did you teach in your early days, any favourite subjects?

I qualified in the middle school system in the UK, which is quite rare now. So I started teaching 7 to 14 year old children in London, then went on to the U.S. for a while where I worked at a university. Science and Design Technology were my majors, however, working in primary I learned to teach everything. I really enjoyed Drama, especially production. I was also a netball coach, so I did all sorts of things.

You came to the UAE 22-23 years ago and worked in two different emirates. How was the experience then?

I started with Al Ain English Speaking School and the head teacher at that point – Jim Crawford who was the head of the BSME at that time, wanted to try an experiment. He wanted to see whether Year 5 & 6 could improve their results with specialist teachers, in the same way secondary students did for their core subjects. So we had our own classes but I taught Science and DT for example to all of Year 5 and 6, somebody else did the Maths and somebody else did English. When we sat down to assess if the experiment worked, we all felt it really had made a difference. It was an interesting experiment to be a part of at that point in my career.

I was then at the Fujairah Private Academy which wasn’t as developed at that time. It is now completely new with a new campus as well. It now clearly belongs to the whole city, but prior to that it was quite a small, niche school. Everyone who was British living in the emirate sent their kids to it. It was a great experience.

What made you come back to the UAE and specifically to Dubai this time?

It wasn’t specifically to Dubai or the UAE but it’s a place I knew I would be happy and comfortable. When you take on a role like this it is so challenging, you have to make sure that every other part of your life is sorted. You don't have the time to be able to juggle everything.

I have a very good network here of colleagues that I have worked with in the past, and other people who have either come back here or never left. I have always kept up to date with what’s been happening in education in the UAE. It didn’t feel like going somewhere where you didn’t know anybody, you didn’t know the system, and you didn’t know the country or the culture.

I also wanted to be a part of a unique project, that is not managed by a group where decisions would be directed. The last job I had was an all-through school, so I didn’t want to take on just a primary or just a secondary school. I like the idea of being part of a journey. The owner of South View, Interstar, has a good reputation, people speak highly of the company, and when I met the team, I felt a good fit. You need to be able to work well with your colleagues to make something like South View really work.

As the founding principal, what’s your vision for the school?

What is the unique selling point of South View?

Everything is new, and there are so many opportunities for students here that would not be possible in a large and established school. Our Year 7 students get to be the first house captains and prefects, for example. They can set up and shape a radio station... They get that chance as they will be the first students to be in Year 8. In an already established school societies or clubs have already been set up. I think that’s a wonderful thing that you won’t find in many other UK curriculum schools in Dubai.

Any particular idea that you have used in other parts of the world that you would be bringing to South View?

The constraints were that it had to be a skill worth having; you were passionate about it as a teacher/adult and something that wouldn’t be covered ordinarily in the curriculum.

So if you wanted to do sculpture for example, the children may get the chance to do some clay work in the class but they wouldn’t necessarily get a chance to do actual sculpture. We would put a course for about six to eight weeks and the younger children would have to stand up and make a speech, while the older students had to write an application as to why they wanted to join the course.

There was also an evidence of progression in these courses and then in the end when you graduated, you would get a list of all these different courses you successfully finished.

We ran everything from hairdressing to looking after horses. It was incredibly varied, and there were zero absences on those days.

We ran the program for 13 years. It was a day when everyone was happy. Everyone was doing what they wanted to do, following their own learning path. That's the kind of project I want to bring to South View.