Andrew Wilson, Founding Principal of Arcadia Global School, came to education later in life, after spending a number of years following his passions, and learning and exploring the world and his place in it. WhichSchoolAdvisor.com interviewed Mr Wilson, who shares his advice with the many young people who find themselves on a similar road today.
Interview: “I'm Exactly Where I Want to Be”
By Susan Roberts 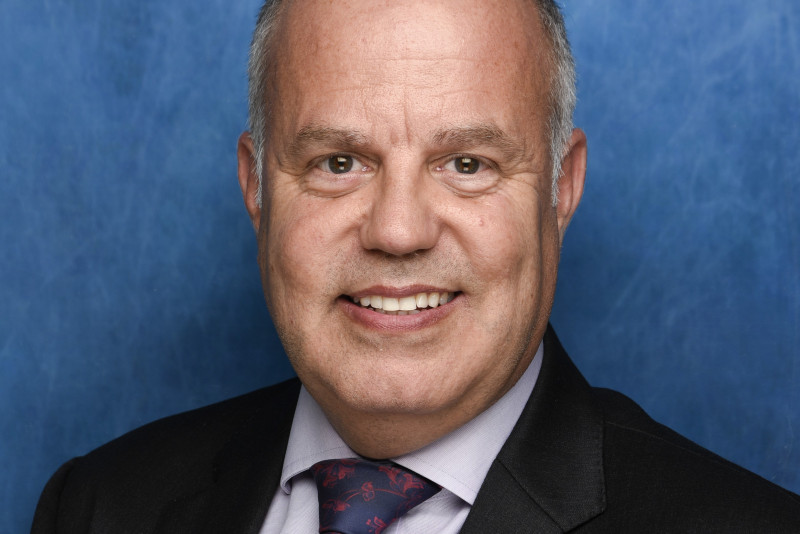 Andrew Wilson, Founding Principal of Arcadia Global School, took the road less traveled into school leadership. As a young man without a plan, he took on his father’s advice wholeheartedly and followed his passions, learning and exploring until he found his calling later in life. WhichSchoolAdvisor.com interviewed Mr Wilson, who shared his story and offered advice for young people in search of their place in the world.

A school leader with the infectious energy and enthusiasm of Andrew Wilson is a rarity. In the midst of teacher recruitment, while the construction of his new school campus takes shape, Mr Wilson’s delight and excitement is apparent in every word he says. “I’m exactly where I want to be” he tells us, “in the right school, at the right time, with the right people.”

This is a perspective Mr Wilson appears to have had throughout his life, appreciating every twist and turn and taking something positive from each life experience. As a Scout leader in his youth, with a notedly sociable personality, he had been repeatedly advised he would make a great teacher by friends and mentors. Despite this, he started his career in education later in life, after working in confectionary production in a factory. He insists he has no regrets on his late start though, believing that he found his calling at the right time, when he was ready.

He explained that his own school days taught him some valuable lessons that have shaped him as an educator:

“School felt easy for me, too easy. I didn't have to try hard, and so I coasted along without feeling very engaged or challenged, and that can get boring.

Later as a teacher, I could see kids who were like me, kids that needed to be inspired and engaged. I would be jumping around on the desks, creating energy in the classroom, taking them outside and reenacting battles in history lessons, charging down hills with them. I didn't want them to feel what I felt when I was at school.”

Leaving school at 18, Mr Wilson said he knew that he wasn’t ready for university, and his parents never pushed him in that direction, which he appreciates greatly. Instead, he was encouraged to follow his passions, advice he follows to this day, and a mantra he shares with his students.

While a direct route to further education may not have been the right move, Mr Wilson has fed a learning addiction throughout his life. Learning for learning’s sake, on areas of interest and intrigue, he has collected certificates and diplomas in canoeing, mountain leader training, marketing and management, travel tourism... the list goes on.

“My father was a keen traveler, and on his wall, he had a row of photos of all the countries he'd been to. I always had a similar urge to travel but didn’t have many opportunities to do this while I was growing up. So after I left school, I worked in a milk processing factory for a couple of years, saving money in readiness to travel the world.”

And travel the world he did. Quite literally following a passion, he set off for Australia for the 1992 Cricket World Cup. "It was marvellous," Mr Wilson told us, appearing to have been transported back to those youthful moments, "England got to the finals, it was so exciting to be there." This was the beginning of a year-long adventure around Australia, New Zealand and Southeast Asia. Independent travel in the 90s, he explained, was not like it is now. Without the luxury of email or instant messaging, and with international calls charged at a premium, the distance from home was much more apparent.

"That was possibly the first time I really felt challenged, traveling alone to new places, figuring it all out as I went along."

Returning to England, after an experience of self discovery and adventure, he sought employment in a confectionary factory, due simply to the fact they were "the best employer in town". He embraced the opportunity to mix with different kinds of people, building friendships with lorry drivers and technicians. Quite unexpectedly, he was then promoted to a senior position:

"Before I knew it, without any real plan, I was the youngest team leader in the factory at 27. I had 40 guys working for me and I was earning well. I enjoyed my years there, but I knew it wasn’t what I wanted long-term, it wasn’t enough."

When the company offered the opportunity of voluntary redundancy, Mr Wilson decided the time was right to make the leap. He started a university degree in Geography, as a mature student at 29, followed by a PGCE. "The timing felt right," explained Mr Wilson, "I wanted to do it."

Mr Wilson explained that there are challenges to changing career direction later in life. It took him nine years to reach the same income level he had enjoyed prior to re-training. The move, he affirmed, was undoubtedly worth it, and it quickly became apparent to Mr Wilson that this was indeed his calling.

Mr Wilson's energetic and often unusual approaches to engaging students, inspired by what was lacking in his own school days, delivered positive results. He was quickly promoted to head of department, and was overjoyed when that department was rated no.1 nationally. He then received a further promotion to the position of school-wide Head of Teaching and Learning.

Perhaps unsurprisingly, after a few years in the role, he felt the desire for a new challenge:

"I wanted more, and so I moved to the UAE to continue my career in education. It’s been 11 years now, and I love the international environment here, the mix of people from around the world that I work with and engage with. I met my wife here, and had our daughter, we’re a multi-national family. And I love life."

There appears to be no change in Mr Wilson's energy or learning habits though; he has since completed a post graduate qualification in education leadership and is currently working his way through a National Professional Qualification for Headship (NPQH). He is a strong believer that learning should be a lifelong pursuit.

What advice then, does Mr Wilson give to parents of young people now, who are yet to find their calling?

"Keep nurturing those skills and talents, encourage them to keep trying something new until they find it.

I didn't find my calling in school, I found it myself later. My father encouraged me to develop skills through exploration, through experience of life, through travel. It might be a sport, it might be technology, it might be playing the violin, it might be travel, but eventually they'll find something.

Kids should follow their passions, and I won't tell them anything else. If they're doing what they love, rather than what they're told they should do, they'll be happier as students, and ultimately more successful in life."