In a decision made only two weeks before students were due to sit their final IB Diploma programme examinations, it has been announced that they will no longer take place.
This article is part of an editorial series on Covid-19 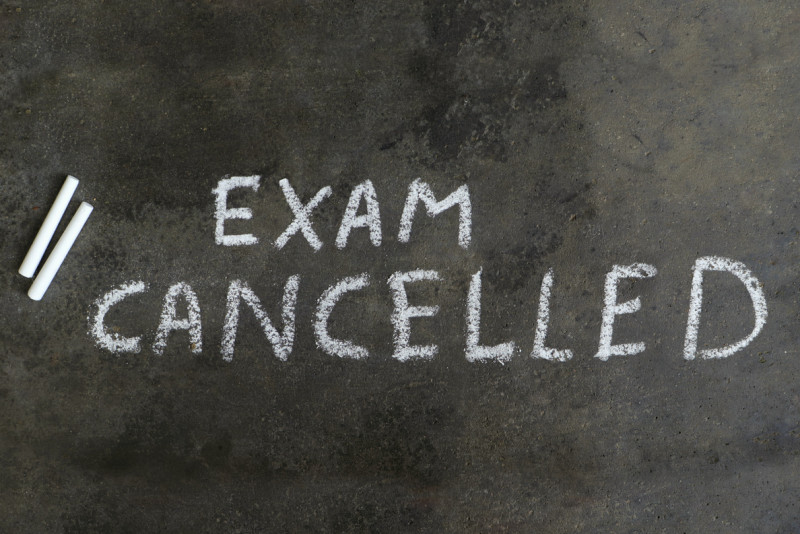 Following announcements made by several schools to parents and students, though without a formal announcement from the regulators as yet, it would seem that the decision made in late March by the Ministry of Education, ADEK and the KHDA to prevent UK curriculum GCSE and A Level examinations going ahead, will also apply to the International Baccalaureate's Diploma programme, together with the associated IB Career-related programme.

The decision appears to follow the cancellation of the UK curriculum IGCSE, International AS and A Level programmes announced by Pearson Edexcel and Oxford AQA in late January and early February.

At the end of March, the UAE regulators informed Cambridge International Exam Board - who had intended to go ahead with examinations in the UAE - that this would not be permitted.

Whilst it is, therefore, not entirely surprising that the decision has been made not to go ahead with the IB examinations, the fact that this decision has been taken such a short time before the examinations were due to start at the beginning of May is likely to cause considerable controversy.

The vast majority of UAE students have been in school and studying on the basis that the examinations would go ahead, whilst teachers have been doing their utmost to support them.

One IB teacher with whom WhichSchoolAdvisor.com spoke said "based upon contact time the students in the UAE have had, exams should have gone ahead".

Simon Herbert, Head of School/CEO of GEMS International School- Al Khail - one of several GEMS schools offering the IB programmes, commenting on the decision and clearly wishing to seek the positives in the situation, said:

"We will explain clearly the processes of how grades will be awarded to our students and parents, and reassure them that the IBO is looking at parity throughout the world, whether students are taking exams or pursuing the non-exam route. GEMS IB Heads have already met with students, staff and parents. GEMS IB Heads are a close-knit group and, together with other IB Heads in Dubai, have approached this latest decision from a practical perspective.

Just as last year, when IB examinations were cancelled, many students will have mixed feelings. The chance to ‘show what you know’ in an examination situation after two years’ work, has gone. Some might be relieved, particularly as many IB students across the world are not taking exams. An excellent ‘pre-university and life skills’ course has been put in place to keep students engaged in their preparations for life beyond GEMS. GEMS IB Heads and IB Coordinators are sharing resources and ideas, which include seminars, lectures, guest speakers, mentoring and service opportunities and live streams of excellent and relevant pre-university presentations from one GEMS school to another".

“Students at GEMS World Academy – Dubai have been working diligently alongside their teachers in preparation for the IB world examinations. Our community was obviously disappointed by the decision to go the non-exam route, as we feel this is an important part of the IBDP experience; however, throughout the two years, students have shown outstanding achievement in internal assessments, mock exams, and summative assessments that support our students’ remarkable predicted scores this year, which will be used to inform final scores received.

“This now gives us time to deliver programming that will support students in their transition into post-secondary education. We will be running academic writing workshops, budgeting and financial literacy programmes and internship opportunities, among other noteworthy programmes to ensure each student has access to ongoing personal development which will support them in the years ahead.”

The International Baccalaureate Organisation announced in February that, where schools were unable to go ahead with the examinations, an alternative route using a combination of internal assessment coursework and teacher-predicted grades would be used to arrive at the final points to be awarded.

After controversy last summer over the IB's method of calculation of results using an algorithm, the organisation stated in February that "Where teachers feel [these] predicted grade distributions are not aligned with student performance, the IB is developing a process that will allow schools to request a different grade distribution and provide evidence that supports their claim".

However, many UAE students will no doubt feel that they have again missed out on the opportunity to prove themselves in the examination hall after two years of rigorous preparation along with not inconsiderable disruption.

In a statement sent to Which Media yesterday (14th April) the IB Organisation said:

"The IB has informed schools of our decision not to hold examinations in the UAE due to the rising cases of COVID-19 and following ongoing conversations with our schools, associations and education boards.

"We intend that the results of students in the UAE should be awarded using coursework marks and predicted grades for the May 2021 session, as described in the awarding model outlined in February.

"For more details on the May 2021 session, students, parents and teachers are encouraged to talk to their school’s IB coordinator."

According to the KHDA's Autumn 2020 edition of their Education Landscape report, there were close to 18,000 students studying the IB curriculum, making it the fourth most popular curriculum in the emirate.