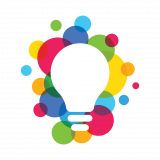 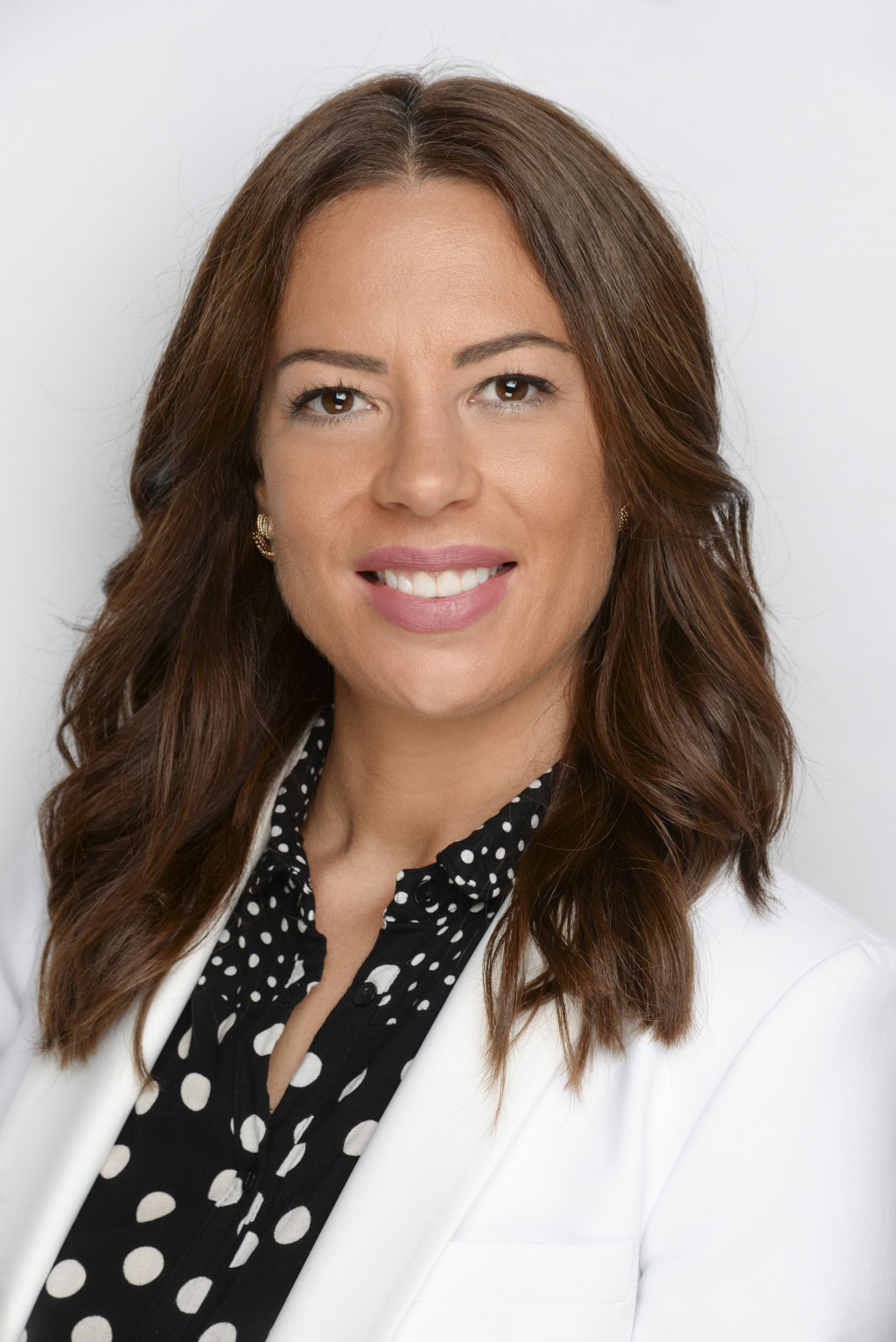 We begin our chat with Rebecca Gray, Director of Education at Kings’ Education and Principal of Kings’ Al Barsha by asking her how many students and staff she now has in her care. Rebecca’s role extends across the three Kings’ schools – Kings’ School Dubai, Kings’ School Al Barsha and Kings’ School Nad Al Sheba. It is perhaps testament to how well Rebecca takes this demanding role in her stride to see her tot up the numbers in her head and then exclaim, “Crikey, that’s quite a lot of people!”. Despite calculating that, in total, she is responsible for around 4000 students and 600 staff, Rebecca is entirely un-phased by the numbers.

“On occasion, when I have been at early meetings in our head office, I arrive at Kings' Al Barsha during drop-off time. As I walk through the car park and look around me, this is when it really hits me, just how many people trust the organisation that I lead with their most precious loved ones, their children. It really is quite an honour!"

Rebecca, who or what inspired you to become an educator?

I didn’t ever wake up and say I want to be a teacher, but I’d definitely say that the best years of my life were at primary school. I grew up in South London, near Greenwich. I went to an incredibly diverse state school and I just loved it so much! Families there came from all walks of life…some children were from affluent families and some were experiencing high levels of poverty and deprivation. As a youngster, I was quickly able to see and understand those differences.

We left London when I went to secondary school. I went from a primary school where the kind of trainers you were wearing was very, very important and was dropped from a very great height into an independent school in the Midlands. My father went off to work in Hong Kong and I boarded for that first year. I had the biggest shock of my whole life! I think those extremes in my education have made me who I am now.

I come from a family of people in caring, nurturing professions. One of my sisters is a Cognitive Behavioural Therapist and my mother was ​a ​Psychotherapist. For me, it was either going to be social work, the medical profession or teaching. I’m so glad I chose the path I did!

Can you describe your career so far?

My first job on qualifying was as a teacher in the school where I had completed my final placement as a student. It was in East London, in an area called Tower Hamlets. At the time, the local population was 98% Bangladeshi and this was reflected in the school. I loved everything about it. The richness of the local culture and the grit and determination of families who were often suffering quite high levels of deprivation. It was a great place to start my career.

After leaving London for Lincolnshire, where my family home still is, I joined a school in Peterborough where I had my first leadership role. I then progressed to be a Deputy Head in another school in Huntingdon and it was there where I was encouraged to take my National Professional Qualification in Headship. I was fast tracked through the qualification in four months and it led me to the school where I had my first headship.

Oh that school! It still has a huge place in my heart! But, it took almost everything out of me. There was just so much that needed to be done, which was evident from the moment I went for my interview. I knocked on the school door and a child opened it…there was no security at all back then, it was regularly vandalised and I could tell you stories that would make your toes curl! In fact, the school was experiencing very low numbers and almost at the point of being closed down by the local authority.

I knew right away what I wanted to do. I wanted the children and staff to come back in September and not recognise the place. I wanted it to stand like a beacon in the community. So that first summer, with the help of my husband and family, we got the paintbrushes out and redecorated all the corridors and all the classrooms. I didn’t tell anyone. I wanted the staff, children and parents to walk back in and think “WOW, look at our school!”. To cut a very long story short, that school went from being low on numbers to being the local school of choice which now has an ‘outstanding’ rating. It was a lot to manage, and it was the hardest thing I have ever done in my life, but what we achieved at that school was just incredible.

Today, my career continued to progress. I’m not sure I’ve ever had a plan, but I say ‘yes’ to most things and have had incredible opportunities and people who believed in me. For example, I was fortunate enough to be involved in the ‘free school’ movement in the UK, and spent time working with the Department for Education on a new Free School.

I later became School Improvement Cluster Lead for an academy trust, where I had three secondary schools, one special needs school and four primary schools to look after. It was a great role, but I really missed being a Head Teacher. You know, coming up with an idea at lunchtime and making it happen by 3.30pm, I missed that so much! It was at this point I came across the role with Kings’ Education [Rebecca first joined the group as Head of Primary at King’s Al Barsha]. I’d never been to Dubai, but I decided to go for it, take a risk and jump in with both feet and four years later, here I am in the Director role…I have never looked back, it goes without saying Kings’ is now in my blood!

What are the challenges of being a woman in education?

I don’t sit and dwell on the fact that I am a woman and I am doing this or that. I have been very fortunate in my career but, yes, there have definitely been times when I have been the only woman in the room and known it, I think we can all relate to that. Overall though, I’ve been lucky. For me, the biggest balancing act is being a working mother. I have a very busy 14-year-old daughter and I’m always aware that I need to manage my career alongside being a mummy and being there for my child.

What are the benefits of being a woman in education?

What’s positive is being a role model, to both girls and boys. I think it’s great that young women see another woman in leadership, but also that young men see a woman who has a voice, who is achieving and who is leading. That is great. Sometimes the mothers at Kings’ Al Barsha stop me at the school gate and tell me how pleased they are that there is a woman in the Director role, someone who their daughters can look up to. That fills me with great pride.

Was there a moment or event that changed your career, life or outlook?

I think because I have been on a journey in my career, it would be wrong to say there was just one thing that sent me on my path. What I would say is that I have learnt so much from so many people along the way (and you know, I’ve learnt as much from the ones doing it wrong as the ones doing it right!).

I guess what has got me here is just who I am. I am a big personality and I can be a lot to take on board. I know that! I am insanely passionate about what I do. I don’t like upsetting people and getting things wrong. I want to get things right for the children and their families… and I absolutely live for positivity!

Are your goals now the same as when you started your career?

I don’t really set specific personal goals. People reading this might not believe me, but I’m really not that competitive with others. What I am is incredibly competitive against myself! I reflect a lot and I’m honest with myself if I think I have not performed well enough. If I’ve got something wrong, I hold my hands up.

I genuinely just want the children in my care to have the best possible education. I am still so passionate about that. I suppose if I have to put it into words, my goal is that any child who leaves one of my schools, leaves confident, knowing that they absolutely have something to bring to the table wherever they may be in the world and in whatever career path they choose to follow. What keeps me awake at night is the thought that a child would leave my care and not have the confidence to be the person they want to be. No one should ever underestimate the power of determination!

Can you tell us about a woman (or women) who has inspired you?

I have to say my own mother. She’s very proud of me. I remember once her calling me very early on a cold English morning as I was rushing to put fuel in my car on route to drop my daughter at the childminders before a day at work. She said “Rebecca, I just don’t know how you do it all!”. I laughed and said, “the reason I do it is because I saw you do it!”. My Mum had three, very busy children, a full time career and a husband working overseas. She is definitely my role model.

Do you feel that the next generation of educators have specific challenges?

Oh 100%! Being an educator now is so different from when I started out. I often say to teachers, “Take a breath, take a step back. Put your hands on the back of the chair and just breathe!”. The world that we work in is so fast moving. Ultimately, what remains fundamental to success is relationships, these are so important in the world of education. My advice to those starting out on their career is to make building relationships a priority.

Who supports you and how?

Of course my colleagues and very supportive Chairman. I am lucky enough to work with some incredible people here at Kings’. This is somewhere I can look around the meeting table and know that we are all there for one another. We really are that ‘family’. We can have our quirks, have moments of vulnerability and that’s ok.