How To Launch A New School: The Key Elements

How To Launch A New School: The Key Elements
By James Mullan 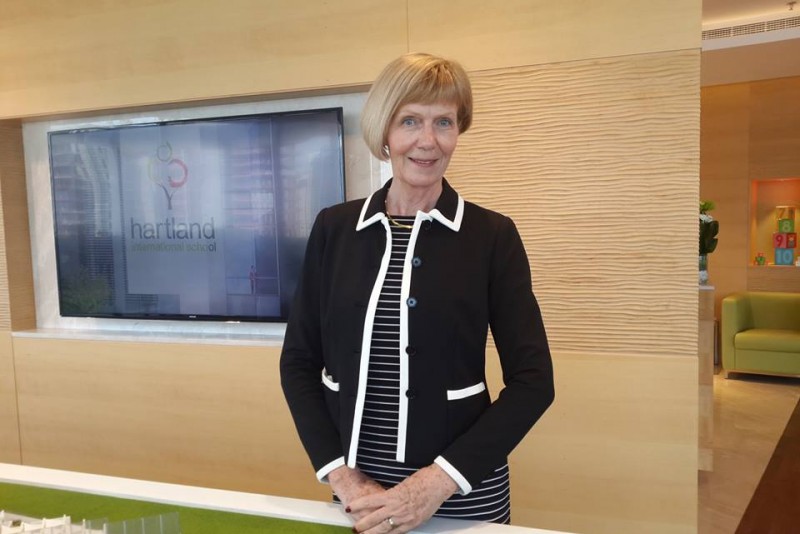 Starting a new school is just about the most demanding task in education, as well as the most rewarding. One good thing about the UAE is that they’ve had more experience at it than most. So what does that experience say are the major do’s and dont’s?

Perhaps the most important thing is what is sometimes described as the school’s identity, but which I prefer to see as its personality. Beige is not always a good colour for children; they prefer the bright and vivid colours, and their school should be bright and vivid. It achieves this by knowing from the outset what it is and what it is above all setting out to achieve. It’s important when you’re defining a new school not just to recycle the same old cliches.

Of course a school will look to get the best possible results for the children, but it has to do more. Is it going to bring in new ways of caring for its pupils, preferably initiatives that you can actually see in terms of the allocation of time and resources, that will increase how well the school knows a child, and how much a child can know and trust the school. Is it going to say that children do not just  exist from the neck upwards, and that a child who succeeds in their sport, art, music or any other field of activity is likely to have that passion and excitement spill over in to the classroom?

Is it going to recognise that there are skills that rarely appear in any published curriculum that are essential for success in adult life, skills such as risk-management, being a team player, realising when it’s right not  to be a team player, leadership, the ability to speak in public and communicate? In other words, the exciting new school needs to be more than an education. It needs to be a preparation for life.

A long tradition behind a school – be it the 500 years of some UK schools or the 5 years of some schools in Dubai – can comfort and reassure. - can comfort and reassure. But in its absence, a new school can emulate the Headmaster of one of those very famous English schools which had been in existence for well over 500 years. He put up a notice that started, ‘As from today, it will be a tradition that …’ Older schools can carry some real historical baggage that stops progress. The new school can say right from the outset what it is and what it stands for, and may face a clearer run to achieving it

The staff at a new school are above all what’s going to make or break it. New schools face the same challenge in recruiting staff that they do in recruiting parents and pupils. They have no actual outcomes to point to, only promises. The successful new school therefore needs to compensate for this by generating the same excitement in its teachers that it tries to do in its pupils. Teachers have to share in the vision for the school, and above all be excited by it.

There’s a word rarely mentioned in the documentation of new schools: fun. yet it’s a crucial ingredient. Teaching and learning need to be fun both for the teachers and the children. They can be this and yet be taken very seriously at the same time. A mistake sometimes made by new schools is to go above all the academic qualifications. Of course the new school needs to recruit the best-qualified teachers, all with degrees in their subject from a good, recognised university. Yet I’m reminded that the best and most successful Maths teacher I ever knew, worshipped by pupils and parents, had a third-class degree from Cambridge.

New schools need the Wow! factor in their classrooms. You know they’ve found it if your child comes home after school and starts to tell you about the lesson they’ve just had. The person with the starred First may know all there is to know about their subject, but that’s just half the battle for the good teacher. They have to know how to transfer that knowledge (and hopefully that excitement about their subject) to their pupils.

It’s quite true that a good teacher can achieve outstanding results teaching in a garden shed, but sometimes people dismiss the importance of buildings too readily. There’s one simple area where even the best teacher is going to be hampered unless the building is right, and that’s with laboratories. Modern science demands more and more sophisticated laboratories, and this is where a new school can triumph. It’s often easier to build state-of-the-art provision from scratch, rather than converting older buildings, even those put up only a few years ago.

But buildings have a much wider impact even than that. I wonder if there’s anyone reading this who doesn’t have a vivid memory of how their first school looked? The built environment impacts dramatically on children. That personality of a school I mentioned earlier can be expressed in the building as well as by the people in it. Most of all, the new school has the chance to be pupil-friendly. In a big school, does the building break down in to smaller units where a child can feel at home? Has the architect left room in which children love to meet and congregate, ‘hang around’ and chat. Are the corridors wide enough so that little ones aren’t trampled underfoot and intimidated at lesson changeover? The list is endless. The real danger is the architect who talk about ‘my’ new school. It isn’t his or hers. It belongs to and should have been designed round the people who live and work in it.

A big danger for a new school is that it goes over the top in branding itself, pinning its place in the market on trendy but unproven teaching methods, digital and other technology or ‘specialisations’. I often wondered in the UK when it was fashionable for schools to declare a specialisation what I’d have felt like as a pupil at a specialist sports school if I had two left feet, or a specialist Mathematics school if I wanted to apply to university to read Modern Languages.

The successful new school needs to say yes, we do have a specialisation: it consists of getting you, the child, to where you and your parents want you to go. For that reason, the good new school goes right across the spectrum. In the classroom that means extensive learning support for those who need it, but also a punchy programme to challenge and extend the more able. Outside the classroom, it means a soccer team for the star players, but at the other extreme House teams so that those with all the enthusiasm of the stars but less of the ability can enjoy playing competitively.

It’s perhaps a little easier for a new school to avoid the trap older schools can fall into when they have a tradition of success and a waiting list, which is to assume that they, the school, are doing the parent a favour in considering their child for a place. It’s sometime easier for the new school to recognise the basic truth that underpins every school: the parent is doing the school the most tremendous favour by even considering trusting the school with their son or daughter, the most precious person in the world to them.

Mrs Stephen was the Head of South Hampstead School, one of London’s academically highest-achieving independent day schools for girls, which in her tenure was in the top five in the ‘The Financial Times’ league table. This is regarded as one of the most accurate measures of success in the UK. It was ranked ‘Outstanding’ at Inspection and moved in to a £40m new school building at her instigation, one of London’s most ambitious and successful post-war educational developments. Prior to that, she was the Head of one of the top five independent co-educational day schools in the UK, as defined by the academic results of every school in the UK, The Grange School in Cheshire. ‘The Daily Telegraph’, the best-selling newspaper in the UK, said of The Grange, ‘Nine out of ten parents would want to send their child to a school like this’.  Mrs Stephen has served on numerous Governing Bodies, including that of Chetham’s School of Music, was a Board Member of the Hallé Orchestra and Chair of the Council for United World Schools, and has served as a magistrate.