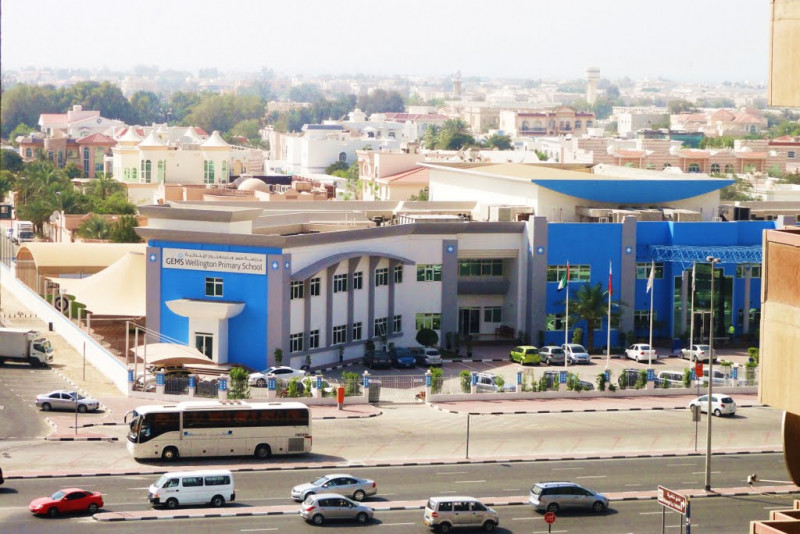 GEMS Education itself does not use the word close, but of "uniting" the two schools.

The school group says it is making the announcement at the "very earliest opportunity", having now received approval from the relevant authorities.

In an FAQ published on its web site, it says: "Tuition fees for all GEMS Wellington Primary School families will remain unchanged, with students having their fees protected until they graduate from Year 6, at which point the GEMS Wellington Academy – Al Khail fee structure will apply." In reality there is a marginal variation between the two schools, with fees jumping markedly with the move to secondary.

An additional 'benefit' for some parents will be the move from a primary to an all-through school, which removes the need to change schools at at the end of Year 6. However, some parents, and pupils, prefer a primary only school. Students will be joining a school double the size. With the new students, and assuming no drop out, GEMS Wellington Academy Al Khail will be running at a near capacity of 2500 students.

It is a criticism GEMS has clearly considered. In its FAQ it says: "GEMS Wellington Academy – Al Khail may be larger than our school, yet our firm promise is that we will continue your child’s experience of the close family atmosphere and sense of belonging that has made GEMS Wellington Primary School such a successful and happy community over the years."

According to the FAQ, the move to an "all-through" school is at the request of its parents. "We have received consistent feedback from our parents asking... that our school offers can be extended through to secondary-age children. While our current circumstances and limited space have not allowed us this opportunity, we have closely listened to your comments, with the promise to take the most appropriate action when the time is right.

"Having carefully explored all possible options and now received approval from the regulator, the time has come to take the necessary steps to provide our students with a full through-school offering."

The move is a sideways move in terms of KHDA rating. Both GEMS Wellington Academy – Al Khail and GEMS Wellington Primary School are rated ‘Very Good’ by Dubai's education regulator.

In terms of the WhichSchoolAdvisor.com Parent Rating, it is a step down from one of GEMS' highest scoring schools. Parents at GEMS Wellington Primary School currently rate it at 4.2 out of 5 on the WSA Parent score. GEMS Wellington Academy is rated at 3.3 out of 5. That being said, Primary schools across the board tend to have more satisfied parents. The Parent rating is based on responses to questions focusing on teaching, academic attainment, communications and behaviour.

GEMS itself notes the improvement in facilities with the switch in schools. Students will "see of the best facilities of any school in Dubai at the Al Khail school".

"The move will enable us to expand the activities available to your children considerably, both during the normal school day and in terms of extra-curricular options. The Academy is the GEMS Swimming Centre of Excellence, with two 25-metre swimming pools as well as a pool just for Foundation Stage students. Other sporting facilities include a three-level gymnasium, two large indoor sports halls, full football and rugby pitches, tennis and netball courts, and individual outdoor covered play areas for all Key Stages.

"The Academy’s.. activities, which include the Duke of Edinburgh Award scheme and Model United Nations. Performing arts spaces comprise a 580-seat auditorium, black box studio theatre, recording studio and TV studio. Visual arts and design areas include design and manufacturing workshops, a food technology kitchen, a textiles suite as well as studios for fine arts and other creative subjects."

GEMS Wellington Academy Al Khail could see drive times increase anywhere up to half an hour depending on traffic, and their location. There is a 15.5 km distance between the schools.  GEMS says its parent relations team will contact all families directly, "so we can understand your needs and preferences with regard to school transportation. We will be offering bus services to and from the Academy for all families. In addition, depending on demand, we may also be able to offer a shuttle service between GEMS Wellington Primary School and GEMS Wellington Academy – Al Khail in Term 3, enabling parents to drop off and collect their children as they do now."

The school group also says it will also support families that do not want to make the move and "will do our utmost to help them find the right choice and support them in every possible way.

"Our dedicated parent relations team will contact all parents directly to assist them in finding the best solution for their family."

The education group says it will "fully support" GEMS Wellington Primary School staff during the upcoming transition, "and we will endeavour to find suitable positions at GEMS Wellington Academy – Al Khail for as many teachers and support staff as possible".

GEMS Education has merged a number of its schools recently. At the start of the 2021/2022 academic year, its National Schools, located in Al Barsha South merged to a single site at the former Girls school. GEMS Winchester School Oud Metha was relocated from the heart of Bur Dubai, to share the site of GEMS Heritage School at Dubailand. The incumbent, very well regarded Indian curriculum school is closing at the end of this academic year.