GEMS Pay Freeze Not the Rule for Dubai Schools

GEMS Education has announced that it will be freezing any increments in teachers' salaries for 2019, as well as job cuts at its headquarters. This move comes after Dubai's decision to freeze tuition fees.
GEMS Pay Freeze Not the Rule for Dubai Schools
By Veathika 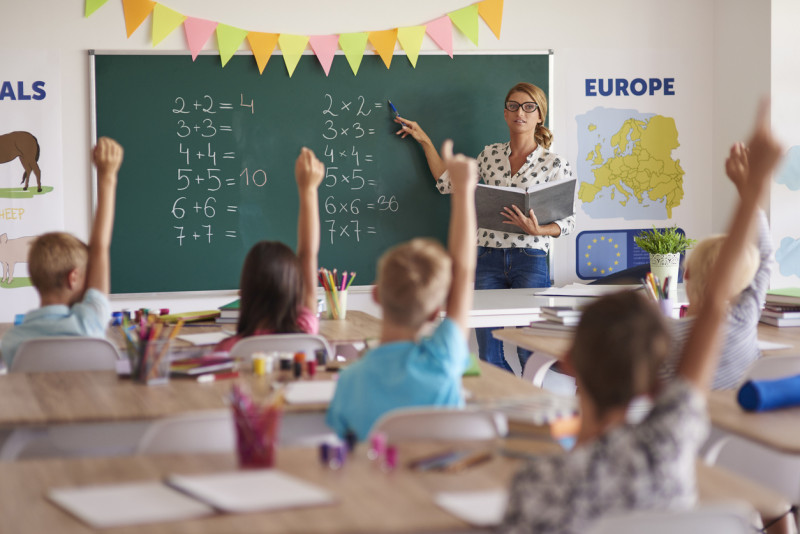 The biggest school group in the UAE, with 47 schools and nurseries in the Gulf region alone, is freezing the salaries of its teachers, and cutting jobs. So far it appears to be largely the exception rather than rule for Dubai schools.

GEMS Education, a Dubai-based education group backed by Blackstone Group told its staff that Dubai’s decision to freeze school fees means they will not offer any increments to teacher salaries for the 2018/2019 academic year. The Group will cut 75 jobs, which will mostly be at its headquarters, local media reported.

A spokesperson from the privately owned company in a statement said:

“The current move to hold salary increases is based on the recent school fee freeze decision. This is not an unusual measure to take in uncertain times. Our priority remains on providing quality education. Teachers within the GEMS Education network of schools are our most valuable resource and are at the core of our profession.”

In a letter sent by GEMS Education chief executive Dino Varkey to its education staff, it was made clear that the tuition fees freeze has had a “dramatic” impact on the group’s future plans, and that it has “significant” financial obligations to meet.

“The decision to freeze salary increases for the 2019 financial year is not one that we have made lightly and we know that this will have an impact on a significant number of you. The decision by the Dubai executive council to freeze tuition fees for the next academic year was unforeseen and has had a dramatic effect on our plans for the future. The company has significant financial commitments that must be maintained and serviced if we are to continue to operate as we do at present.”

In its statement, GEMS said it has invested “significantly” in teachers’ salaries and benefits over the past five years.

“The cumulative salary increase was 25% to 48% when the Education Cost Index only increased by approximately 11%. We  have created 7,000 new jobs over the same period.”

Contracts signed in January will be re-issued to reflect no salary increases in the 2019 fiscal year.

“We also know that we will need to work hard to rebuild your trust in our company in the future. We sincerely hope that you remain committed to your school, now and further into the future,” Mr Varkey said in the letter.

Last week, a source close to GEMS Education said the company was considering the postponement of its initial public offering (IPO). Revenues from Dubai are the dominant force on the company's  balance sheet, and changes in Dubai have an immediate impact on the company's profits and cash flow.

Earlier in the year, GEMS announced it would be postponing two schools scheduled to launch in 2018/19 - the School of Digital Futures and GEMS Vertus.

The GEMS Education decision to freeze salaries seems to be the exception, rather than the rule, with the majority of schools in Dubai that WhichSchoolAdvisor.com has spoken opting to move forward with pay rises.

“Nord Anglia International School Dubai is raising all staff salaries, not just teachers, in alignment to the cost of living increase in Dubai,” a spokesperson told us.

“Hartland International School is committing to salary incremental increases for teachers and administrative staff for 2018-19 academic year. However, this is a decision for this year only as we had given an assurance that this would happen. We will of course review annually depending on market decisions,” she said.

Taaleem, a group that owns and operates 10 schools and nurseries in the UAE, told WhichSchoolAdvisor.com that it would continue to invest in its staff despite the tuition fee freeze.

In a statement prepared for WhichSchoolAdvisor.com, it said:

“Taaleem was founded by a group of local philanthropists with the intention to raise the quality of education for the nation, and that original mission remains central to the focus of each of our schools today.

"Our investors are attuned to the economic agenda of the country – hence Taaleem chose to freeze tuition fees back in 2017. Following the government announcement that tuition fees are to be frozen for the next academic year, our board discussed and agreed a responsible and conservative budget for next year.

"The fee freeze will not affect our planned operations; and there will be no cuts in services to maintain the educational standards for our students, staff and parents. Children’s high quality education is paramount to Taaleem‘s mission and we will continue to invest to this end.

"This includes continuing to reward and invest in our staff, who receive annual performance and pay reviews, continuing professional development and wellbeing and welfare support. Our expansion and development plans also remain unchanged and any necessary savings will be made through renegotiating contracts with suppliers and increasing the efficiency of our day to day operations.”

More conservative however were the two not for profits WhichSchoolAdvisor.com contacted, With no shareholders, not for profits traditionally invest a higher percentage of income in salaries, and as a result have some of the best paid teachers in the UAE.

Dubai College had "already informed its staff" that there would be no inflation-linked pay rise this year. According to Mike Lambert, Headmaster at Dubai College:

"Those who have yet to reach the top of the pay scale will continue to progress up but the pay scale itself will remain static. We did this as a means by which to keep our school fee increase as low as possible. Already this year schools have had to contend with regular inflation, VAT on those supplies related to the provision of the education services which are subject to the standard rate and anticipated teacher licensing for several hundred staff members. As such we had anticipated the need for a 3% fee increase simply to cover our costs rather than to make any additional surplus. We are now adjusting our finances to absorb all these costs without recourse to a fee increase."

There is a similar story at Jumeirah English Speaking School. Mark Steed, the Director of JESS Dubai told WhichSchoolAdvisor.com:

“Recruitment of high quality staff is essential in high performing schools. For this reason, JESS has some of the best salary and benefits packages for teaching staff in the UAE. JESS is one of the very few schools in the UAE not to make a distinction between local and overseas contracts for teachers, instead there is a standard teachers’ benefit package regardless of gender or the number of dependents. Implementing this policy has meant that JESS has frozen teaching staff salaries for the past three years.”

WhichSchoolAdvisor.com is continuing to contact other school groups and will update this article as we receive more information.