Several cars and four school buses were involved in an early morning crash in Abu Dhabi on Thursday. The students were taken to the hospital. None were seriously injured.
Four Abu Dhabi School Buses Involved In Accident
By Veathika 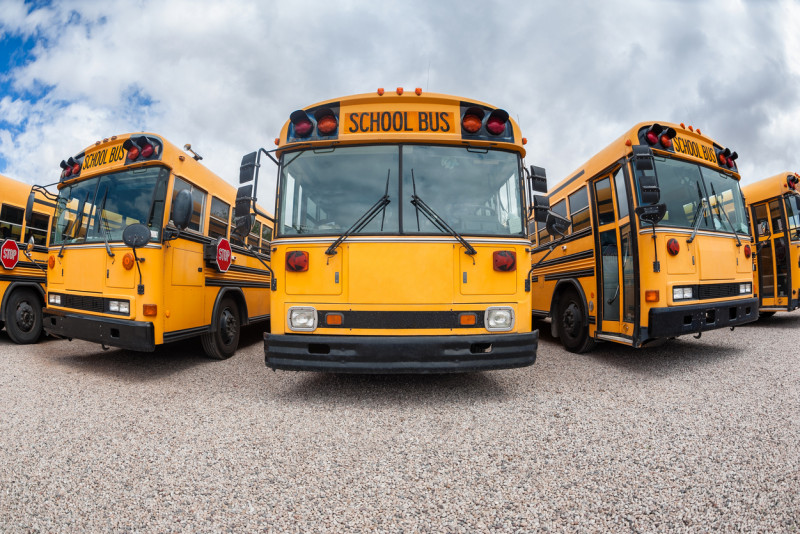 A number of school buses were involved in an accident on Thursday morning in Abu Dhabi. Several students were taken to the hospital following the morning rush hour crash.

According to local media reports, the accident happened at about 7am on Sheikh Zayed bin Sultan Street or Salam Street. Four school buses and several cars were involved in the accident.

Balakrishna Gopinath, general manager of Velocity School Bus Transportation, which operates one of the buses involved in the accident said that there were students from various schools on the buses.

Five children, who were on the bus operated by Velocity, were taken to the hospital after complaining of pain and “uneasiness”. None were seriously injured.

Two children were discharged fat about 9:40am, while three others who are complaining of pain were asked to wait.

There were two buses with the name of St Joseph’s School, but they were not being used for pupils from the school at the time, according to a school spokesperson. All of the school's buses arrived on time for the start of the school day at 7.15am, they added.

Another bus was from Gems United Indian School. A spokesperson for the school said they “could not disclose any information”.