Can GEMS do it again with Founders Mizhar?

As GEMS Education gets set to replicate the Founders school model, WhichSchoolAdvisor.com speaks to its new head to find out whether it can pull of the same kind of success a second time
Can GEMS do it again with Founders Mizhar?
By C Hoppe 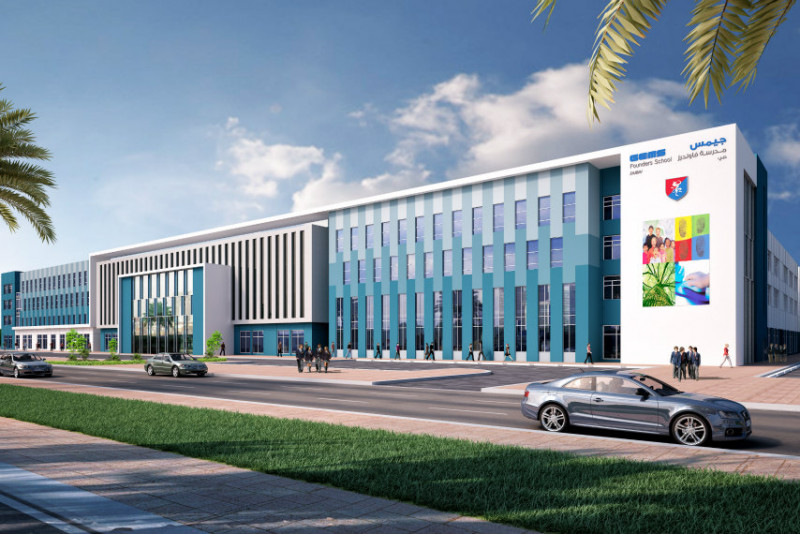 What do you do, when you come up with the most successful new school formula in a nearly a decade?

Replicate it of course!

And that’s exactly what GEMS Education is doing with GEMS Founders Mizhar, which follows  the launch of the original Al Barsha school. It’s hard to believe that launch was only 18 months ago.

With so many high profile and premium schools opening in September 2016, the highly affordable school, which many considered a newer version of the Cambridge / Westminster / Winchester model, did not really register highly on many in the educational sector's radar.

That was of course, until news that over 1,500 students had enrolled at a time when the ultra premiums were struggling. And, it didn’t stop there, the numbers doubled the following academic year, a vast new extension was added, and hundreds of new teachers employed.

"There is no doubt that GEMS Founders hit a sweet spot in a changed economic climate. It was the first school of this type to be launched in Al Barsha, opening at a time when affordable, UK education was high in demand. In terms of timing, it was just perfect", Shaun Robison of school consultancy, the Education Intelligence Group (EIG) told WhichSchoolAdvisor.com.

And now a new site

In September 2018, a new Founders will launch at the other end of Dubai, this time in Mizhar, near Mirdif.

Located several blocks away from the busy Mizhar school district, near WestZone supermarket, the building is being constructed from pre-cast cement panels, and it is rising fast.

“GEMS is now really good at doing this,” says founding principal Nigel Cropley. “There's no doubt now we will open on time.”

With construction already commencing on the first floor, it seems likely the highly excited Cropley, preparing for his first founding Principalship, will be right...

Cropley arrived in the UAE in 2006 as head of Primary at Cambridge Dubai, and by 2012 had moved on to Al Khaleej National School, where he oversaw the school’s first round of candidacy for the NEASC accreditation board.

By 2015, he had become principal at UK curriculum Winchester Abu Dhabi with 1,222 students.

For Cropley “it’s all about getting the ethos right and building a strong school community…" Everything he says follows from that.

As Repton and Horizon announce considerable school fee discounts and a slew of others freeze fees for yet another year, it would seem that while GEMS had been ahead of the curve with the Founders brand, other groups are catching up when it comes to pricing.

What's more the Mizhar/Mirdif area has for a long time, been more price sensitive than most. Until last year, quality affordable school options were exceedingly hard to find and had Founder Mizhar launched in Spetember 2017 there is no doubt its opening would have been as successful as that of its namesake in Barsha.

However in  2017 two other schools stole GEMS' lead - Newlands in Al Warqaa and Alpha School in Al Qusais. Demand, has to some degree, been met ahead of Founders Mizhar's opening.

The school will offer an impressive 3,200 places in an area that now increasingly well served for schools positioning themselves as a high quality offering at a value price.

To mitigate the risks of the large school launch, initially only FS through to Year 8 will be offered, with additional years to follow.

The school also plans buses from in and around ‘Old-Dubai,’ and Sharjah, with other areas which show significant demand will also be considered.

Given the proliferation of the group's own schools in the area, it will also be interesting to see just how many students arrive from GEMS Westminster Sharjah, Cambridge, Winchester Dubai, and even the premium Royal Dubai, right on the Founders door-step.

Given the success of Newlands and Alpha in attracting students, success at Founders Al Mizhar is therefore not a given.

To succeed in an increasingly competitive landscape the school needs to build on top of the original Founders promise. Fortunately while there’s no denying the success of the Al Barsha school, there is a feeling that lessons have been learned from the inaugural school launch, and by acting on them, Mizhar can be better still.

As with Barsha, the Mizhar school is stripping away the premium plus facilities, but adding those that will resonate more strongly, it believes, with its community. The new Founders won’t have a swimming pool, but will have more science labs and a very premium sounding ‘innovation hub.’

The hub is to be home the school’s 3-D printer plus the various robotics and coding programmes planned for the school.

“These will primarily be for Years 7 and 8 for now, but even at Foundation level students will be working in innovation, although for them, it’s ‘baby-steps,” he says.

Given the significant costs involved in robotics and coding programmes, there are few affordable schools which have managed to introduce truly meaningful innovation programmes to their curricula.

Foundations and the Curriculum

Cropley says there is also an opportunity to implement the policies he cares deeply about and has implemented with success in his previous positions.

“I’m passionate about everyone having a chance,” he says of his emphasis on inclusion.

The school will be fully wheelchair accessible and offer a robust inclusion policy, this philosophy will extend into into programme pathways further up the school too.

“Very few people remember it was actually Cambridge which introduced the BTECs first in the UAE."

The Mindfulness and Social and Emotional Learning programmes he has taken directly from Winchester, where he says he saw positive improvements in all his students and especially those with behaviour issues.

For GEMS Education and Cropley deep breathing excersizes may also be required as excitement builds towards opening. Only time will tell if the Mizhar school will experience the same growth curve and success as Al Barsha. What is clear is the new Founders looks set to bring energy and a different approach that will be attractive to parents in the area. Innovations within the school's facilities, its inclusive approach and the GEMS and Founders brands should also be a boost for GEMS' latest, and ambitious new school.