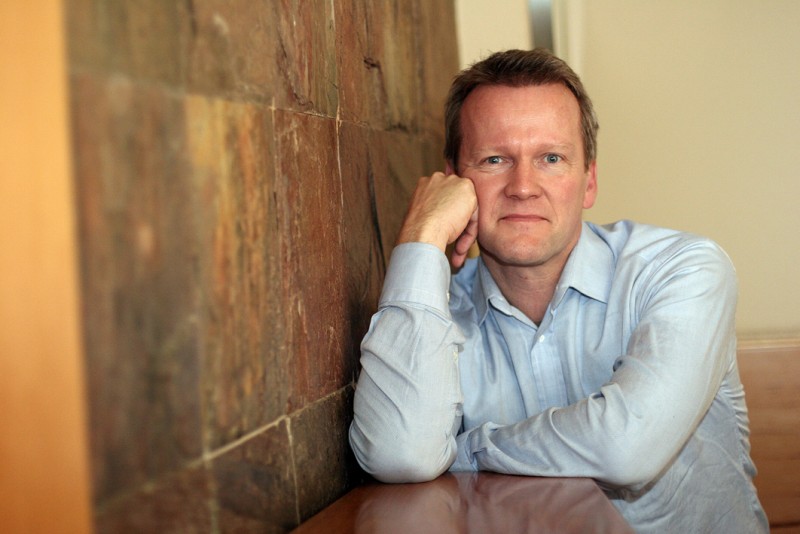 The recent announcement of the PISA results which tested 15 year old children's aptitude across the globe in key areas made for sobering reading in the UAE.  The country dropped five places from 43rd to 48th position since the tests were last conducted three years ago among the 65 countries which participated in the survey. While there was much discussion among senior educators about the value of these tests - indeed India withdrew from the latest round of testing - there is no question that they are at the very least a significant benchmark used by policy makers when formulating proposals for future initiatives. The fact that Chinese students topped the poll came as no great surprise given the laser-like focus that the country has developed for seizing the inevitable kudos that results from being first in any global competition. The consistently strong performance of a small Scandinavian country in the poll, however, is deserving of further investigation. Forty years ago Finland undertook a wide-ranging series of reforms of its entire education infrastructure and the results have been startling. Let's start with what Finland ditched four decades ago.  There are none of the following: school inspectors, league tables and exams until the age of 16.  There is no private tuition industry and charging school fees is illegal.  Homework is limited for everyone to a maximum of 30 minutes a day even for 15 year olds. Children are compulsorily required to attend school from the age of seven. They begin with a national curriculum that is very broadly defined and allows for a lot of experimentation. Children wear their own clothes and call their teachers by their first name. The most recent PISA results showed that Finland was 12th best in the world for maths – outside of Asia, only Lichtenstein, Switzerland, Netherlands and Estonia fared better. As far as reading is concerned, Finland was sixth best; for science it was ranked fifth – out of a total of 65 nations. A study by the Smithsonian Institution showed that the difference between Finland's weakest and strongest students was the smallest in the world. But how transferable are the lessons from Finland's successful experiment to the rest of the world?  Many educators believe that the social mores and cultural environment is key to Finland's success. Speaking recently Peter Welch, the British head of Helsinki's international school said: "Teachers are given a large degree of independence – but so are students, and you see all the time seven-year-old children getting the bus across Helsinki alone to go to school. Independence is very important here, as is the concept of leaving people alone to get on with it – if your child falls down on the ice in Finland, the parents will let the child get up onto its feet again alone. So self-reliance and autonomy are greatly valued." Teaching is such a popular profession that there are 10 applicants for every place on a primary education course, even though the starting salary for a primary schoolteacher, at $30,587 (£18,691), is only just above the OECD average of $28,854.  But in Finland, only 10-15 per cent of teachers abandon the profession. They have to be educated at least to Master's level, even for primary school teachers, and are thoroughly immersed in educational theory. They teach only four lessons daily, with two hours a week devoted to "professional development" – and their professional autonomy is sacrosanct. So what are the lessons that the UAE and other countries can learn from the Finnish experiment?  Pasi Sahlberg, Finland's most eminent educationalist and an architect of the reforms has this to say in his book 'Finnish Lessons: What Can the World Learn from Educational Change in Finland": "Lessons from high-performing school systems, including Finland, suggest that we must reconsider how we think about teaching as a profession and what is the role of the school in our society." He argues that it is not just Finland's teachers that make its system world class, but also the environment. "The freedom to teach without the constraints of standardised curricula and the pressure of standardised testing; strong leadership from principals who know the classroom from years of experience as teachers; a professional culture of collaboration; and support from homes unchallenged by poverty." Sahlberg has worked with more than 40 governments on school reform, as well as with the European Commission in Italy and the World Bank in Washington D.C. He was a teacher and trainer of teachers and in his role as an advisor to the OECD he has visited, taught at and observed many countries around the world.  When he first visits a country to get a feeling for its manner of teaching he insists on taking a maths class with a regular school. There is considerable discussion at the highest governmental levels in the UAE about the future direction of education in the UAE.  What's clear from the Finnish experience is that a commitment to the long-term is necessary, the development of a culture that celebrates, rewards and nurtures educators is vital as well as a willingness to abandon long-held ideas and practices is equally essential.