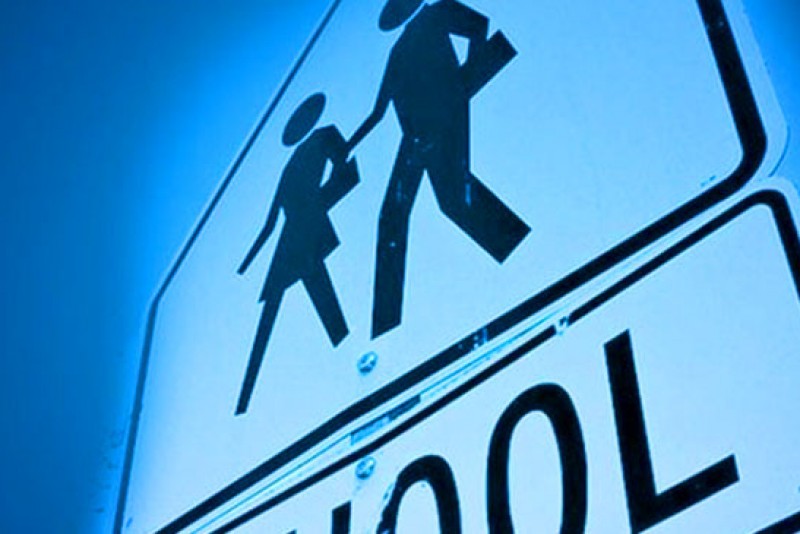 The new school year is about to begin, and for the schools opening for the first time in September 2014, the clock really is ticking.

Opening a new school is no easy matter - there is the building work, interior work, fixtures, fittings, classroom materials to be delivered, technology to be deployed - and that's before staffing, recruitment, and visa work has begun... The list will feel endless, which is why, in the past opening on time has proven no easy feat for even the most experienced education providers.

Difficulties are however, of little concern to parents, who have paid their deposits and fees, and are readying to drop off their child for the first time. In the interests of determining the readiness of schools WhichSchoolAdvisor.com has been trying to contact new schools, and visiting sites, to check levels of readiness.

This is what we have found so far.

Ontario International Canadian School. Open! Pre-KG and KG1 are full; places from grade 1 to grade 6. This school is located in Mirdiff and has taken over the original Uptown Primary building.

Abu Dhabi Grammar – new Canadian school – opens on Sunday with places in all grades to grade 6.

Ajyal International School (UK) also due to open next week with places to year 9, in Sheikh Mohammed bin Zayed City.

GEMS Metropole in Motor City is scheduled to open on September 7th and a visit by WhichSchoolAdvisor.com found finishing touches being made to the exterior of the buildings. The school is clearly close to completion and a hive of activity. The school is on a large site at the rear of Motor City (adjacent to Green Community MC), convenient for families in Motor City, Arabian Ranches, the new Mudon and other developments on Al Qudra Road, Dubai Sports City and Jumeirah Golf Estates.

GEMS Firstpoint, The Villa. Our team saw a fair bit of work still to be done, but GEMS Education is scheduling 21st September for opening - so there is still time.  The school group anticipates families from the Villa project, Dubai Silicon Oasis and surrounding areas joining the school which will - at capacity - be their largest with approximately 4,000 students.  Places are still available in all year groups to Year 8.

Nord Anglia International School. WhichSchoolAdvisor.com toured the school this morning and aside from some deep cleaning and external works (pavements/parking), the school is essentially complete.  Huge and light – centred around two internal courtyards – over three floors, all the interiors and exterior including landscaping (play areas, sports fields, swimming pools) are complete.  The Early Years wing is particularly attractive with classrooms open to the outside by floor to ceiling windows on the garden side and half height windows on the corridor which also opens to the outside.  Orientation for new families will be on Thursday (28th August). Some 560 new children will be joining. The school opens on 2nd September.  There are no available places (a significant achievement for a new school).

Dovecote Green Primary. Dovecote is located at Dubai Investment Park, adjacent to Green Community West – this school will be for FS1, FS2 and year 1 only in its initial year. This is the first UK curriculum school to open within DIP. The expected opening date is 28th September with places available in all year groups.

Safa Community School, Dubailand.  Located next to the Miracle Garden and opposite Motor City, the first two buildings of the school are due to be ready for Orientation on 4th September and opening on 7th September.  First impressions are that there is still a lot to do for the school to be open on this date, but Safa has the advantage that they can accommodate students at their current site - if necessary.

Kings Al Barsha. The Kings' website still anticipates that the new school will open in September, but there is still considerable construction work taking place on the site.  From the outside at least it looks like there could well be a delay. According to the registrar, the school expects a phased opening on the new site on 16th September. Current expectations are of around 50% of capacity - around 800 students. Note: We have not been able to obtain official confirmation from Kings' on opening dates - the team will no doubt be all hands to the pumps to get it ready.  The school is still accepting applications - it has small waiting lists in some year groups.

Dubai British Foundation – Springs. This new Taaleem Early Years establishment is set to open on 31st August and will open as planned.  Places are still available. This will be the FS1 and FS2 feeder school to the new Jumeirah Park British School that is due to open in September 2015.

Capital School, Ghusais. To be run by the former Head of Primary at The English College, anticipates a number of former EC Primary children and staff to join. The school will open as planned in September. Initially to be Primary only with the Secondary school opening in September 2015.  A lot of improvements have been made to the buildings and facilities since the school that previously occupied the site vacated in June. Places still available in FS1 to year 6.

Al Basma (formerly Giggles) – opening on 31st August. Historically this former Villa school was open to Primary Years only, but with its relocation and rebranding, will offer year 7 from 2014 and will progressively add year groups, offering IGCSE and A Levels. They are opening on a brand new site located close to Sheikh Rashid Road (behind Deerfields Mall). Currently, they have places available in all year groups. Still chasing an update on readiness.

Reach British School – will open on 31st August also on a new purpose built site opposite the Mafraq Hospital on the E11 Gweifat Highway. Initially offering FS1 to year 6, places are available in all year groups. Still chasing an update on readiness.

Ajyal International School – opening on 7th September from FS1 to year 9. UK curriculum, located in the centre of Mohammed Bin Zayed City the school is managed by SSAT Middle East which also manages a number of other schools in the Middle East (including 2 in Al Ain) and has been working with ADEC across 50 schools in the public sector. Places available in all year groups. Still chasing an update on readiness.

Cranleigh Abu Dhabi – opening on 14th September with places in all year groups except FS1 and year 6. The school will open through to year 9 and anticipates approx. 600 students joining them in the first year. It is located on Saadiyat Island close to the Manarat Saadiyat. Still chasing an update on readiness.

Note: There are more schools opening not just in Dubai but across the UAE - go here for a full list. We will update this article with more information as we get it. Stay tuned.