The Ladybird Nursery group last week held a ground breaking ceremony to celebrate the construction of a third nursery in Al Barsha. The ceremony was attended by Dr Abdulla Al Karam, Director General of Knowledge and Human Development Authority (KHDA). The latest branch of the well-regarded group is set to be the “most spacious” nursery in the world.
World’s 'Most Spacious Nursery' set for Dubai
By Jenny Mollon 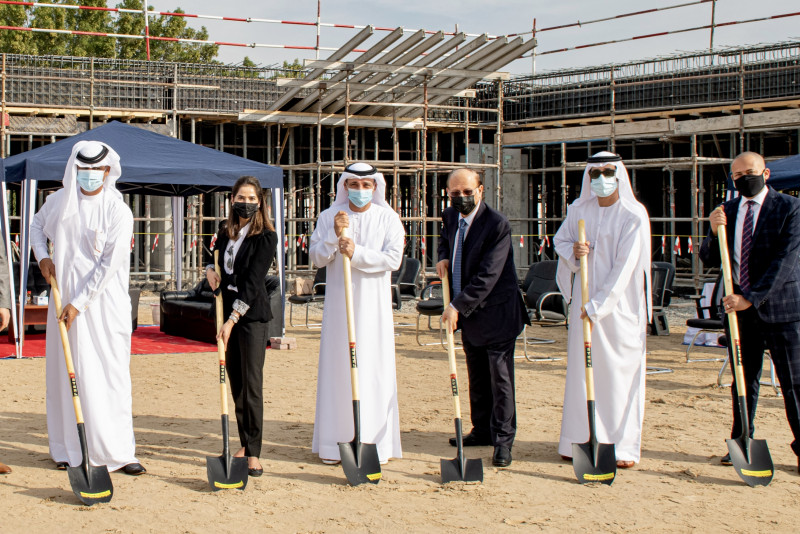 Ladybird Nursery, Al Barsha, a new 64,000 square foot nursery, is set to open in September 2022, some 25 years after the first Ladybird Nursery opened in Jumeirah 1.

The new nursery is being designed by Austin Godwin Johnson, the same architects behind Arcadia School and the soon to completed Arcadia Global School in Al Furjan.

Ladybird Nursery's CEO Monica Valrani, said they were targeting a LEED Gold Award for energy and environmental design for the new building, a standard already met by Ladybird Nursery in Jumeirah Village Circle. She also told WhichSchoolAdvisor.com her ambitions for the newest Ladybird were to maintain the group's focus on low child-teacher ratios and low student density within the space, something she said was becoming ever more important.

“What has always been special about our nurseries is the intentionally low ratios, which allow to create an incredibly nurturing environment. Ladybird Al Barsha will retain that same exclusive feel and openness. Low density and lots of space is so important now, especially with Covid-19 in mind. The new building will have dedicated specialist teaching areas for music, languages and a huge outdoor play area. We are delighted to be located in this Al Barsha location, conveniently close to so many schools”.

Around the world, there are other early years facilities with claims to be record breaking in size. In Singapore, an enormous early years campus, The Village, is shared by three schools, the Cognita Education operated Stamford American International School and Australian International School, as well as Brighton College Singapore.  Should it ever wish to, the Ladybird group would have some way to go to match it in a simple measure of square feet... The Village covers an area equivalent to seven football pitches!