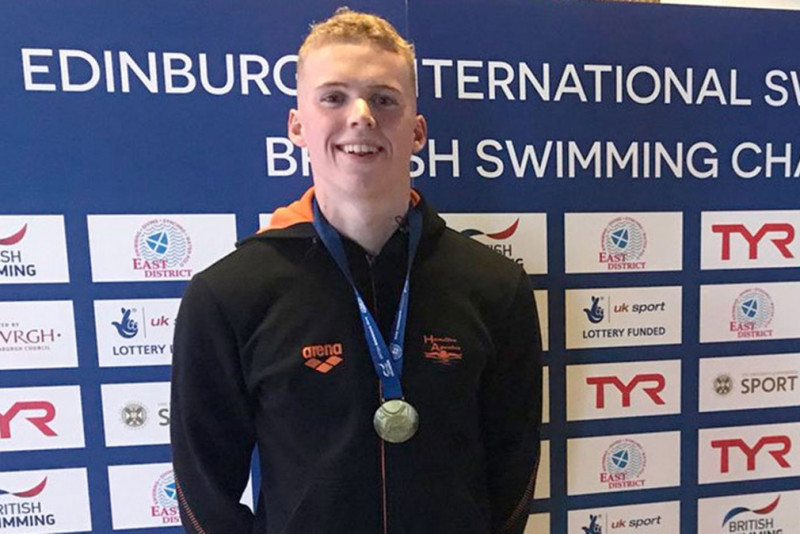 The 18-year-old took the top spot on the podium with a personal best of 49.89, safely within the qualification time for this year’s European Junior Championships and the only swimmer in the 100m Freestyle Final to swim under 50 seconds.

“It felt great to win especially racing against these older guys and I think this is great preparation for next year as I transition from Junior and compete on the Senior stage.”

Lewis first got into the water when he was 3 years old. For the last couple of years, Lewis has been a part of the British Swimming Junior Performance Team and in that time has been climbing up the rankings of the senior swimmers.

Mrs Burras, Lewis’s mum said: “The dedication, focus and drive he has to achieve his dreams is inspiring and even though he has had setbacks he has learnt from those experiences and used them to make him stronger and more determined.”