Following hard on the heels of the CBSE results which were issued at the end of last week, the results for the second Indian Board have also been issued.
Revealed: CISCE 2022 Grade 12 and 10 Results
By Lyn Soppelsa 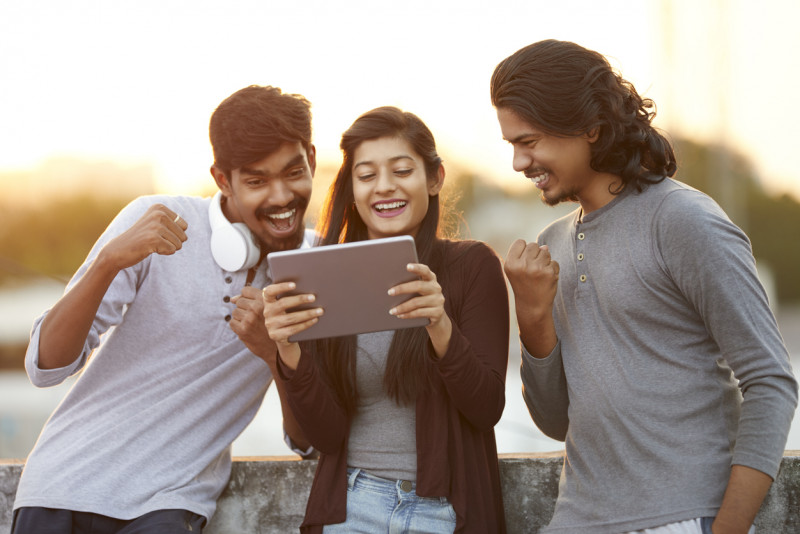 The Grade 12 ISC results were posted on Sunday 24th in the evening.  Unlike the CBSE Board which has over 100 schools offering the curriculum in the UAE, the CISCE Board is offered by only a very small number of schools, all located in Dubai.

Toppers at GEMS Modern Academy were Pranieti Ahuja and Sahana Rahim with 99.25% each – they are the UAE’s top-performing students. Pranieti will pursue Actuarial Science at University of Waterloo, whilst Sahana is set to study at Nanyang Technological University (NTU), Singapore.

Nargish Khambatta, Principal and CEO at GEMS Modern Academy, commenting on the results said; “These outcomes are a truly astounding achievement given the circumstances the students have faced. This year, for the first time, the ISC exams were conducted in two tests- one at the end of each semester in both Grade 10 and 12 classes. Barely had the students prepared and appeared for the first Semester exams, when they had to quickly re-calibrate for the second set of exams. This was done due to the disruptions caused by Covid-19 and the ensuing lockdowns”.

It has since been announced that the CISCE will revert to its one exam format for the next academic year.

Mrs.  Khambatta made special mention of Theertha Satish who scored an average of 87.75% and was GEMS Modern Academy’s Rahaal Programme candidate this year. The Rahal progamme permits students to combine their studies in school with external career-related activities. Theertha played for all World Cup Cricket Qualifying matches, including  playing her qualifying matches during the Semester 1 exams. Having been selected to captain the Under-19 team, she went on to lead them through a series of victories to seal a place for the UAE U-19 team in the inaugural edition of the World Cup to be held in South Africa next year. The Council accommodated the school’s request to permit Theertha to take her Business Studies paper two days after everyone else.

JSS International School has provided some details of its students’ successes, revealing that they had achieved a 100% pass rate with the average at 88.9 per cent.  They did not advise the number of students in the cohort, nor a breakdown of results across the 90% and 95% bands. Keerthana Nair achieved 98.8 per cent in the science stream, Keerthana plans to pursue a Medical degree in India.

For Grade 10 ICSE results, the school revealed only that the average mark was 90.8% and a 100% pass rate. There were no details of the number of students, or results across the bands.

Lata Nakra, Principal of JSS International School, said: “Overall, with a 100 per cent pass result for both ICSE [Class 10] and ISC [Grade 12], the results have been very rewarding and motivating. With a great team at work - student, parent, and teacher- students have always thrived and emerged in flying colours.”

The third school offering the CISCE curricula - Ambassador School Dubai - achieved the highest batch average of 91%, an “all-time high when compared with pre-pandemic times” according to the school.  The topper was Daksh Singhvi from the commerce stream who scored 98.25 per cent.

Dr Sheela Menon, Principal of Ambassador School, said: “Considering the times that we have been living in the past two years, the performance of each and every student is highly commendable. As a school, we have surpassed the school average of the pre-pandemic times.”

Ahan Mishra topped this year’s results with 99.4 % followed closely by Siddhant Punamiya and Parna Sur who both achieved 99.2%. Third in the batch were Saayuj Ion Matthew and Sarah Manoj who both secured 99%.  Further challengers for the Topper position included Desiree Moraes, Akshay Akhileshwaran, Shreya Pulujkar who each scored 98.8%  overall and Neilay Agarwal, Helen Issac and Shree Vaideeswari who each scored 98.6%

84 students achieved 100% in various subjects, with 21 full scores in Mathematics and  31 in Computer Science.  In addition, all three students in the Rahaal program- Akshat Rai (98%), Shourya  Raj  (93.6%) and Shrey Sethi (89.8%) performed well, whilst at the same time representing UAE in Cricket!

At JSS International School, Sahasra Buddharaju scored 99.4 per cent with three 100% achievements out of five subjects. She was closely followed by Sunaina Reji Baker with 99 per cent, and Suhani Sharma with 98.8 per cent. The overall ICSE grade average this year was 90.8 per cent.

And at Ambassador School Dubai, the average score was 90.45 per cent with a 100% pass rate. School toppers included Parv Wadhwa and Chirag Sharma who both scored 98.6 per cent. They were closely followed by Anushka Vastawat and Sailakshmi Narayanan scoring 98 per cent and 97.2 per cent.

Dr. Sheela Menon, Principal of the school, said: “Following the footsteps of their predecessors with 100 per cent pass, the 2022 batch of students has passed their first public examination milestone with highly impressive scores and have done themselves and the school proud despite the unprecedented times of online, hybrid classes and adjusting to the new pattern of examination.”