Dr Saliha Afridi is the founder and Managing Director of The Lighthouse Arabia. In this special feature for WhichSchoolAdvisor.com, Dr Saliha reflects on the challenges of raising emotionally healthy boys and young men.
Opinion: Big boys Do Cry, Dr Saliha Afridi
By Jenny Mollon 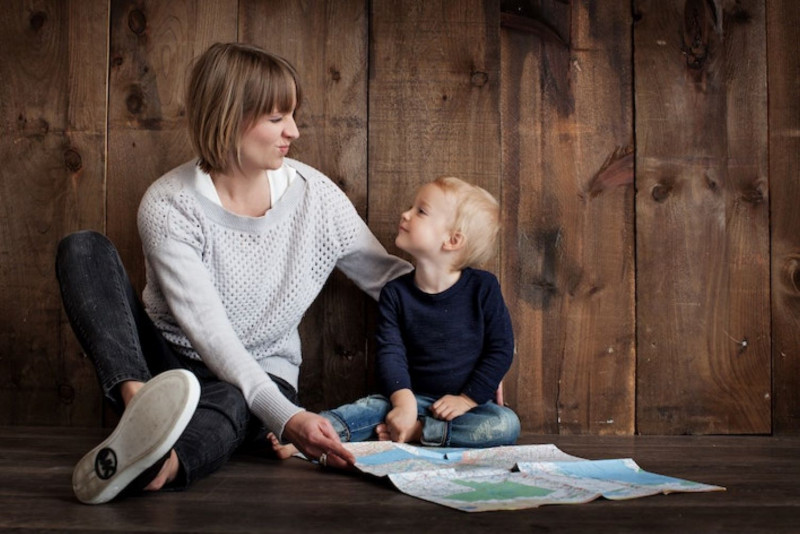 While so many of us get involved in the great parenting debate over which sex is more challenging to raise, we are in danger of overlooking a more serious issue, writes Dr Saliha Afridi of The Lighthouse Arabia: What is the best way to raise boys into honourable and respectful men?

I speak from experience, not only as a mother of two boys (and two girls) but also as a psychologist who has spent the last decade working with boys and men. While it may be easier for parents to raise boys due to the low levels of outward drama, it is certainly not easy for the boys to navigate the scary and lonely inner landscape.

I have heard first-hand the pain, suffering, hurt and anxieties of boys and men who have been brought up with the notion that ‘big boys don’t cry’. These are males who have spent years in quiet anguish as they were applauded for being emotionally detached and ridiculed for even the smallest expression of emotion. They feel fear, anxiety, sorrow, grief, panic, loneliness and shame – but they don’t feel they can talk to anyone about it. Emotionally blocked, and silently suffering, these are the lost boys of the 21st century.

As much as popular culture will have us believe that boys are tough, cape-wearing, unemotional 'superheroes', in reality they are as emotionally fragile as girls. Just because they’re not as outwardly expressive as girls doesn’t mean that they don’t have complicated emotions that run as deep. And, just because they are ‘seen’ as the ‘stronger’ sex, doesn’t mean that they don’t have the weaknesses and vulnerabilities of the ‘fairer’ sex.

We are raising our boys to conceal their emotions, and we are teaching our boys that anger shows strength and sadness shows weakness. It’s not just a bad idea; I believe it’s dangerous. In the UK, for example, research revealed that there’s a marked gender gap in university admissions and fewer males are choosing to study for a degree. Also, three times as many men are regular drug users than women. Many psychologists believe that a reluctance to express their emotions openly is a significant factor in these statistics, and that we are setting our boys up to bury their feelings in alcohol, drugs and other unhealthy avenues. This is not just the case in the UK but a worldwide phenomenon. Our boys are drowning in their own emotions.

We need to look at what we’re doing to raise healthy, emotionally intelligent and fully engaged boys. How? By helping them to build an emotional vocabulary from a very young age. We need to teach our boys that it’s okay to cry when they are hurt, be sad when they lose, and grieve when someone leaves or dies. Instead of brushing their feelings under the carpet with the natural response of, “Be a big boy and wipe away those tears,” we need to encourage them to reflect on and express their pain and sadness. In order to do this in the best of ways, we have to be conscious of how the larger society has impacted our own ideas of masculinity.

Our boys need to understand that they can give an outpouring of emotion without compromising their masculinity. Ultimately, this will make them more self-aware, emotionally resilient, and capable of expressing both positive and negative feelings. Most importantly, it will make them authentically happy.

As a mother, it has been important for me to fight against my instinct be a solid rock for my sons. Instead, I have chosen to let them see me as vulnerable. I have let them see me cry, hurt, suffer, grieve and feel. I have spent time with my sons talking about my feelings and theirs. I have shared my internal struggles, moral dilemmas, wrongdoings and mistakes. I have let them see the whole being that is their mother. In doing this, I will have hopefully modeled for them the courage it takes to live life with integrity, authentically, and to its fullest.

As a clinical psychologist for the past 13 years, Dr Saliha Afridi has spent 12 years working in the UAE and founded The Lighthouse Arabia in 2011, a community mental health and wellness clinic providing quality psychological and psychiatric care to children, adults, couples and families.