With students, parents and teachers having been left in further turmoil over the uncertainty as to whether the final exams would take place, Indian PM Narendra Modi stepped in on June 1, with the decision to cancel all exams.
This article is part of an editorial series on Covid-19 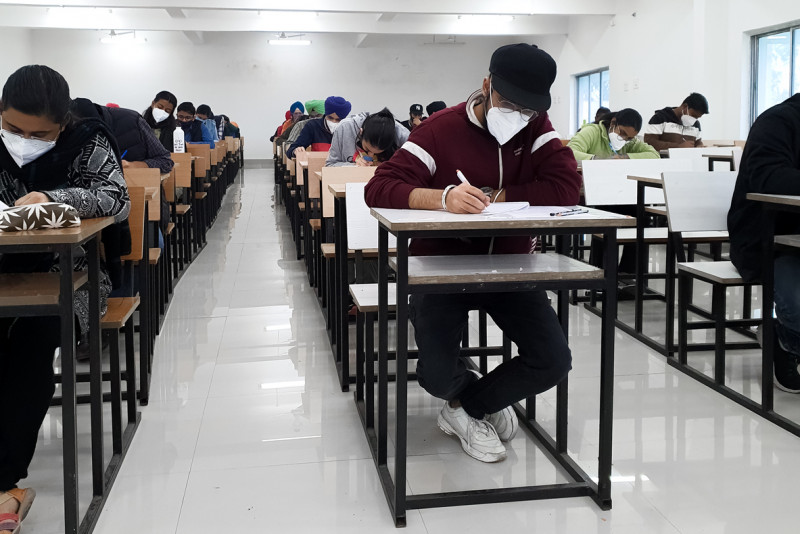 The uncertainty surrounding India’s Central Board of Secondary Education (CBSE) school exams has finally come to an end after an intervention by the Indian Prime Minister, Narendra Modi.  Indecision had reined with an expected judgment by the Supreme Court of India stalled due to an appeal by the Indian government.

The Court was due to deliver a judgement on 31st May on the Grade XII exams, announcing whether they would held at a later date or would be cancelled due to Covid-19.  At the last moment the government however requested a further two days for deliberations. Many parents, schools and students expressed dismay with the continuing indecision.

That, finally, came to an end at 5:30 pm on June 1st with the decision by PM Narendra Modi that all exams should be cancelled.

Officials gave a detailed presentation on the wide and extensive consultation held so far and views received from all stakeholders, including the state governments. However, PM Modi said that 'Health and safety of our students is of utmost importance and there would be no compromise on this aspect'. During the key meeting of PM Modi with Union Ministers and other officials, it was also decided that CBSE would take steps to compile the results of Class 12 students.

"Class XII results will be made as per well-defined objective criteria in a time-bound manner," the PM said. The CBSE has released an official notification stating that the postponed Class 12 exams now stands cancelled.

“Any student who is not satisfied with the assessment has an option to appear in the exam as and when the situation becomes conducive”, reads the official statement by the CBSE.

The Council for the Indian School Certificate Examinations (CISCE) on Tuesday also cancelled the ISC board exams for class 12 students soon after the Union Government announced cancellation of the CBSE class 12 board exams.

A decision to go ahead with the exams had been taken earlier in May but campaigns across social media with hashtags such as #CancelBoardExams and #ModijiSave12thStudents have had a significant impact.  The CBSE has agreed not to conduct the Grade X exams this year due to the pandemic.

There had been discussion that the grades for the Grade XII board exams may be decided on the basis of a student’s previous results.

According to the Times Of India, an option being considered in the event of the board exams being scrapped is assessing students on the basis of their Grade 9, 10 and 11 results.

The CBSE curriculum is one of the most popular among the 17 different curricula available in the UAE and the uncertainty is having a huge effect on students, teachers and parents.

“The postponement of the announcement date for the CBSE Grade XII feels like a never-ending loop. My brother is exhausted because of continuous studying for the upcoming board examinations as well as preparing for entrance tests for other competitive examinations.”

The other major Indian curriculum the CICSE which until recently had been completely silent about its plan for the class 12 exams sent out a letter to its affiliated schools on May 27. They have been asked to submit the average of marks obtained by class 12 students in class 11 and during the current session to date.

"The CISCE is in the process of collating and collecting data from all our schools presenting candidates for class 12 examination. You are, therefore, requested to provide the requested information for class 12 candidates," CISCE Secretary Gerry Arathoon said in a letter to school principals marked as "strictly confidential".

"We are relieved that the issue of Board examinations has been decided by CBSE. Our students and parents were stressed about the uncertainty. We are awaiting the details of how the assessment is to be calculated. It’s a good decision as the situation in India is dire".

“The decision taken by Prime Minister Modi Ji has been based on the possible risk that is attached if children do appear for exams. The second wave of Covid in India has been more severe and the number of children affected due to this second wave is higher than during the first wave of the pandemic. So, the worry was that if the children do come into school to take exams and then become ill, who will be responsible and why should the country take that risk? In line with this thought, the decision taken by our Prime Minister is absolutely right.

“We also understand that the CBSE will now share with schools detailed criteria as to how to calculate marks for the students affected, drawing on the assessments that have already been undertaken by schools. These criteria will be somewhat similar to the ones that we received for Grade 10 students when their exams were cancelled.

“As schools we will wait for the next steps, which CBSE will share soon, and all schools will compile students’ results and then send them to CBSE for final approval. As in the case for students in Grade 10, any student who is not happy with the result awarded due to internal assessments will get the chance to appear for a physical exam to improve their result. However, that would again depend upon the situation and whether it is physically safe to hold such exams.”

Following the announcement of the cancellation of the CBSE exams, UAE-based Scottish university Heriot Watt was quick to issue a statement on how they will support students.

“As a University, we put student wellbeing at the heart of all that we do. And in light of the situation in India, we completely understand why the CBSE Class 12 Board Exams 2021 have therefore been cancelled. Given that these are unprecedented times that call for change, and in order to support our community of parents and students, we announced some time ago that we would be making admissions decisions based on school assessed grades, such as grades during mock exams or pre-boards, as well as predicted scores.”