Citing the fallout from Covid-19, AMLED School Dubai has confirmed its closure. School numbers have it says been falling for a number of years but started to "drop drastically" since the onset of the pandemic.
This article is part of an editorial series on Covid-19 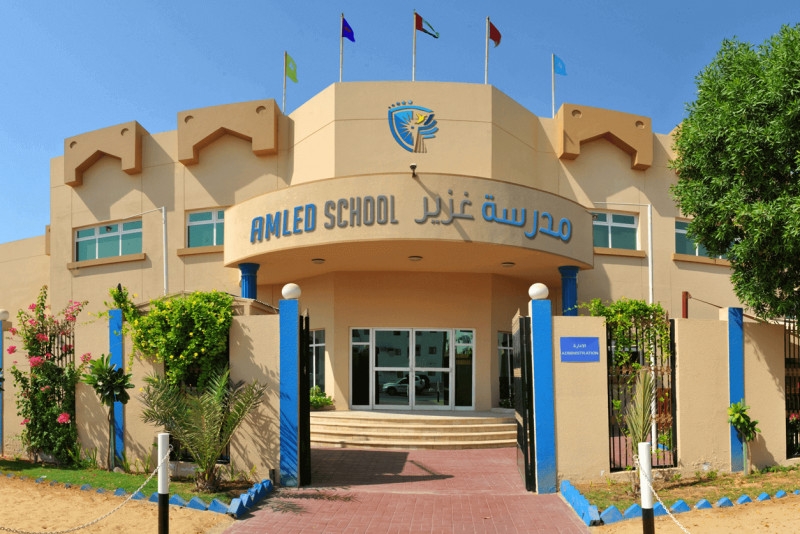 “After weeks of speculations and anticipations, we are announcing with a heavy heart that [the] school will be closing its operations,” stated a circular sent to the parents of AMLED school in Dubai one week before it is due to begin the second semester of the 2021/2022 academic year.

For parents and employees of AMLED School Dubai the news was not a complete surprise, even if the rumours were still rumours until Wednesday 25th August when an official circular was distributed by the school. Parents had been openly discussing the closure on Whatsapp groups for several weeks.

AMLED School was rated ‘good’ in the KHDA inspection report for 2019-2020, however the number of students at the AED 15,000 per year school has been falling for several years and it has been operating well below capacity. AMLED has a WhichSchoolAdvisor.com Parent Rating of 3.3, which while acceptable to good, was a poorer rating than most of its peer schools, despite a higher price tag than many of them. In the limited number of responses we had received from our parent survey, one in two parents has actively considered taking their children from the school over the last 12 months. Students also state a low sense of belonging at the school.

The announcement comes in the same week the KHDA has given all schools an October 3 deadline to stop online learning and return to more costly in-school teaching. The school, open from KG to Grade 9, said in the circular it will conduct online classes for its students from August 29 until September 30, 2021.

“Online classes will be conducted by our same teaching faculty members. Our team of administration and academic staff will continue providing support until each child is placed in a school to continue his/her academic career,” the letter added.

“Due to the Covid-19 pandemic, the school suffered financially to a great extent. AMLED School Dubai has been fighting and struggling to stand on its feet for the past few years and had not given up, but the situation became extremely difficult during the pandemic where the number of students dropped drastically thus decreasing the revenue of the school.”

“With this e-mail, we would like to announce the closure of the school during this academic year.”

Mohammed Darwish, CEO of the permits and compliance sector at the KHDA, Dubai's education regulator, told the Khaleej Times newspaper: “We are aware of recent developments at AMLED School and working closely with the school’s leadership team to ensure the best interest of all students. At KHDA, the wellbeing of our students is a top priority and we continue to make every effort to address any concerns arising from the current situation."