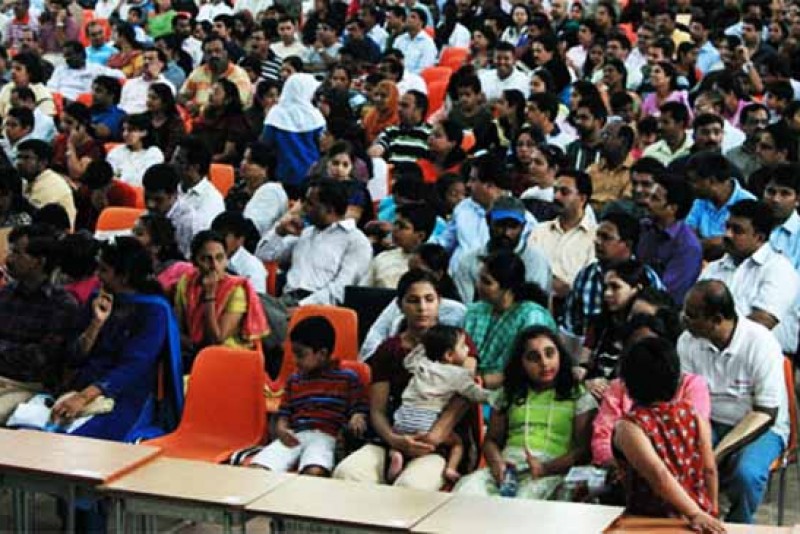 Abu Dhabi Indian School (ADIS) (for the school's review, go here) has started its second shift with revised timings - children from Grades 2 to 5 now going to school in a "second shift" which starts at 11.15 am and finishes at 4.30pm.

“Some parents are upset. We understand their difficulty. But we have no other choice. That is why we have informed parents a month in advance so that they can make necessary arrangements,” said N.C. Vijayachandra, Principal of the school.

Plans for the new shift had been announced at the start of the year, as the school began its admissions process.

ADIS is one of the most popular Indian schools in the capital. At the time 4,500 parents attended a draw for one of 75 places in the KG section.

Dr B R Shetty, the chairman of the school said at the time: “There are no details on the second shift as yet, as we have to make arrangements, seek necessary permissions, hire additional staff. But I have decided that the seating capacity would be increased to accommodate maximum number of pupils, who have submitted applications for the draw.”

The second shift at ADIS was introduced to accommodate around 700 kindergarten students from 7.30am in the first shift.

Until last year children at the grades went to school at 7.30am and finished at 1.30pm.

Abu Dhabi Indian School authorities said the revised timings are temporary and will remain in effect till the 7,000-strong school relocates to Al Wathba.

According to a report in Abu Dhabi community newspaper XPress, the revised timings may have left parents upset and "brought a windfall for part-time housemaids and babysitters". Working parents said they are hiring part-time help just to babysit their wards during morning hours.

“Some parents are upset. We understand their difficulty. But we have no other choice. That is why we have informed parents a month in advance so that they can make necessary arrangements,” said N.C. Vijayachandra, Principal of the school.