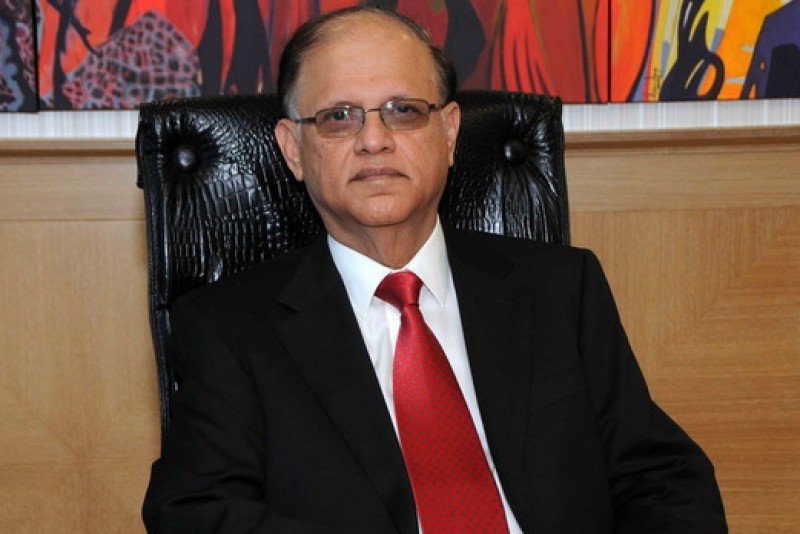 “Education is very spiritual… in fact, do you know the word for teacher in Sanskrit is ’Guru?,’ Mohan Valrani co-founder and Managing Director of the Al Shirawi Group of Companies asks WhichSchoolAdvisor.com. Google the definition, which we did as soon as the interview was over, and you’ll find ‘teacher,’ ‘imparter of knowledge,’ ‘one who illuminates and guides.’” Valrani was not describing himself, but he should have been. Any description should also add 'successful businessman', 'generous philanthropist', 'committed family man', regular speaker at London Business School and, most recently, founder of Arcadia, an 800 seat UK curriculum ‘prep’ school in Jumeirah Village Triangle in Dubai. Arcadia is only the first phase in Valrani's plan to contribute to education in the emirate. There will be a secondary ‘over the road’ as he puts it, as will (subject to KHDA approval) two more schools further down the line. “I want my schools to be transparent, there should be light from all sides, and this is the ethos we designed the school on,” he says. Guru also means someone who banishes darkness.

Valrani’s primary focus for his new venture, and one he returns to continually throughout the two hour interview is that of staffing - his teachers to be precise, how they will be accommodated, nurtured and developed. “Teachers in Finland, Hong Kong and Singapore are considered a national asset, why are they not here?” “It’s very difficult to hire committed teachers…I know competence can be always be sourced…but commitment is something you have to make…you can only have committed teachers when you treat them with dignity. Ninety percent of the success of any school is down to the teachers.” Valrani says he has been careful in the blend of experience at Arcadia, matching up experience with youth. A large number of teachers are young he says, but always partnered with experienced 'older' teachers to give guidance to the younger generation.” While Valrani builds the school, he’s also nearing completion of another building project, his new 24-storey building called Arcadia House specifically for staff of his schools. He calls the building ‘the core.’

“We’ve spent just as much on Arcadia House as the actual school, and to me it’s just as important as the school, it’s the foundation of Arcadia,” he says. Looking at the renderings, the building encourages community, shared spaces and of course... light.

Born in undivided India in 1940 to a prominent business family, it was partition which drove the Valranis from their home and family businesses, arriving as little more than refugees in Gujarat (then Baroda), they were forced to effectively start-over, rebuilding the business, from the bottom up- something he found no problem in doing again when he arrived similarly in the UAE a few decades later. “I arrived in Dubai in 1966 with a letter of appointment and seven dollars fifty cents in my pocket.” Valrani was "immediately smitten" by a city with less than 25,000 people but that had "opportunity everywhere". The city was in its infancy, with oil newly discovered and a young Valrani was well positioned as "one of only three or four Indians with a university education". Within five years of landing in Dubai Valrani had met and partnered with his Emirati business partner Abdulla Al Shirawi, and set about creating what is known today as the Al Shirawi Group of Companies. Forty-five years on, and while the business shows no signs of flagging, both Al Shirawi and Valrani have now effectively handed the reins to a second generation. Its empire is now so extensive, when I receive his business card it requires an additional fold of paper to allow for all 34 Al Shirawi companies. The group employs over 10,000 people. Today however, at 75, Valrani says he wants to focus on “his passion"... And that passion is education.

Valrani’s first foray into education came in 2008 when he took over the chairmanship of the Indian High School, one of the country’s oldest and largest Not-For-Profit Schools. He claims the school offers the “most affordable ‘Outstanding’ education in the world” - for a private school. While there is no global data to prove or disprove this claim, it does not ring untrue. The Indian High School's fees remain as low as Dhs 6,000 - for a year. Valrani says he began his tenure at the school with two aims, to make it ‘Outstanding’ (it was then rated ‘Good’) and to double the teachers’ salaries. To accomplish the second required creating and applying innovative funding strategies. He says, “with the help and cooperation of the KHDA, and some really novel ideas, one of which was the endowment fund,” he made the second a reality. “I focused on teachers and they made it happen. We made sure that they were well taken care of and in turn, they took good care of the school… "I want to create the same thing in Arcadia.” He didn’t stop there either, utilising the most skilled parents and the wider Indian community. He asked them not for money but for their time and expertise. He says, “when I called them up, and told them I needed help, they automatically thought I wanted money, so when I said I simply wanted their time and expertise, they were more than happy to help,” he laughs. One of Valrani’s legacies is the agreement that every principal in the UAE is entitled to a ‘fact finding’ mission at the Indian High School , however he says demand was initially so high, that today the tours are limited to only 12 principals per year. Exchange of knowledge and collaboration is a cornerstone of Valrani’s ethos and something he doesn’t intend on changing now he is entering the private education sector, when I point out that this isn’t a particularly common practice here in the UAE, he remains adamant that his school will be ‘open’ to all. Although Arcadia might be his first British curriculum based business venture, it is certainly not his first ‘experience’ with the system. “I have a weakness for the British curriculum,” he says. “As a child of about seven or eight, my parents put me into a convent school, they believed in a good education… they thought a convent school is supposed to be the best, and it really was very good,” he says. For his secondary education the young Valrani was sent as a boarder to St Peter’s School, a well-known British curriculum boarding school in Western India. Schooling for Valrani’s own children was quintessentially ‘Dubai’ (of its time) and, British. First attending Dubai Infants School, followed by DESS of which he says, the legendary Ms. Miles kept both children and parents in check, and then on to Dubai College.

Valrani remains a philanthropist, most notable being his work with Rashid Pediatric Centre. “I’ve always been involved, but when it came to my 70th birthday, I just couldn’t decide what to do, I could have booked out the Burj for a party or something like that, but I decided to hold it in Rashid Pediatric Centre instead. The kids went wild, they really had so much fun.” To this day, he continues to hold his birthday parties at Rashid, and for each event donates generously to the Centre. And, it’s these recurring themes of generosity, fairness and transparency which run throughout our discussion. He remains committed to 10 years at the helm of Arcadia, and in that time he plans to take no surplus; instead plans to plough it back into the schools. When I suggest he’s planning to apply the Not For Profit model, he scoffs, insisting there are no schools without profit currently existing in Dubai. "They all make a profit, simply some put this back into the school while others pay it out.” “I am 75 now, I think by 85 I will have to take a back seat… I don’t see Arcadia declaring dividends for the next 10 years.” However, what we do know is, “there will be no hidden costs, uniforms, books and school provided sports will all be included in the fees.” “We will reward merit…rewarding excellence means if there is a child who cannot come in because of financial reasons, he will definitely be given a scholarship, if there is a student who is excellent he will be given the red carpet in our school.”

Is Valrani simply a very wealthy man playing? Could he simply be carving out a new empire in one of the few sectors he has not yet occupied? Or is Arcadia his swansong, his "truest" legacy? Could it be a monument to the city which has provided him with so much?  A personal investment in the continuation of the British education system which moulded his formative years? If this is indeed the case, then surely the creation of Arcadia must elevate him to the title of Guru, not in the trite Western sense of the word, but fundamentally as a ‘teacher’ and imparter of knowledge. Indeed the more time I spend with Valrani the less Arcadia seems like a rich man’s journeying and more an ultimate destination, possibly planned long ago as his parting shot and legacy. The only thing he will admit to is that at 75 it’s now time to ‘indulge’ his ‘passion.’ “Devotion is such a misunderstood word, it’s not always linked to the spiritual, it is also about devoting yourself to a cause, for me it is that… While I am going to enjoy this new journey, for me the true profit is going to be the legacy I will be leaving behind.”
Indian High School DubaiMohan ValraniArcadia School