After two years of exam interruptions due to the Covid 19 pandemic, 2022's Year 13 cohort will receive their A Level and BTEC results today - hopefully opening the doors to their future studies and/or career paths.
2022 LIVE: A Level and BTEC Exam Results
By Lyn Soppelsa 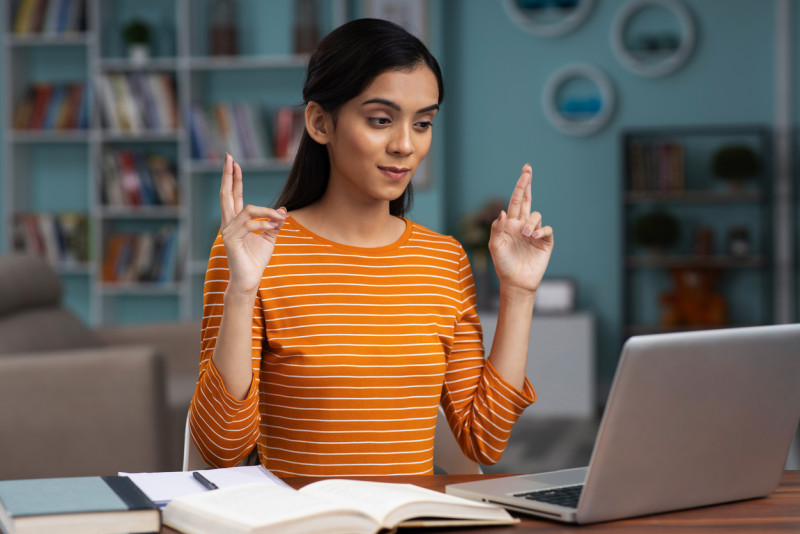 The day Year 13 students have been waiting (almost certainly, anxiously) for, has arrived. WhichSchoolAdvisor.com has asked schools around the UAE to share the results of their A Level and BTEC students with us, so that we can all celebrate their achievements at the end of the two most difficult and gruelling years faced by school leavers in memory.  For AS students, who have also taken their first formal examinations, the results will show how well on track they are towards their A Level results next year.

Before going to the results tables and individual school data, we strongly encourage you to read our article in which we explain Understanding IGCSE and A Levels results and how your school has performed.

Note: We are still waiting on a number of schools, and expect to be updating this article into next week. Bookmark this page. If you are a school that wants to celebrate your results with us, please send them to [email protected] Please follow the format of the table below.

No one should underestimate the impact of the Covid years on students' learning... and for this particular cohort, their A Level examinations and BTEC are the first formal public qualifications that they have taken, having missed out on i/GCSE and AS examinations in 2020 and 2021.

Where, usually, A Level students would have their i/GCSE and AS results to 'back up' the results they receive today, this year, they are reliant on Teacher Assessed Grades which are likely to be inflated compared with earlier years. It is this 'Grade inflation' that has meant that 2022's exam results - in terms of the percentage of each grade awarded - will, without doubt, be lower than last year's, as the regulators try to bring exam grades back towards those of 2019, when students last sat examinations.

There has been much discussion in recent days about the impact of this process. Will 2022's students be awarded their predicted grades where they have already received university offers, and will students find places on courses that they want through the UCAS university clearing system, given the drop in confirmed offers this year and the shortfall that is likely in university places?
You can find it more about what the Exam Regulator and UCAS have to say in our article here   If you find you have not received the grades you had hoped for, find out what you can do in this article.

But for now let's share the results of the 2022 cohort and send them 'Congratulations and Best Wishes'!

Whilst the vast majority of students who have taken A Level and AS Level examinations, and BTEC qualifications  this year will find out their results today, one UK-based Examination Board - Cambridge International - released its results a week ago.  Whilst many schools offer a mix of Cambridge and other exam boards, and release the results altogether, one Dubai school's students did receive their results last week.

The Winchester School at Jebel Ali, a GEMS school, was the first school to share its results with WhichSchoolAdvisor.com.

Stand out students were Tahsin Jawwad, who was the school’s topper at IGCSE and AS and is now the A-level topper as well. Tahsin achieved 4 A grades. He has been offered the chance to study Computer Science at University of British Columbia with a C$100,000 scholarship.  Shiva Tejas, who was also a topper in IGCSE and AS level, achieved 3 A* and 1 A grade. He plans to study Medicine (having developed a website for students who want to study medicine) and has now been accepted by the University of Birmingham and the University of Nottingham with a scholarship.

Anadil Saqib Sheikh, a student at The Winchester School for the last 13 years, who also achieved 3 A* and 1 A grade, will be pursing Economics at Lancaster University, for which she has also secured a scholarship. Taha Naveed,  despite a medical condition that prevented him from attending regular classes for a long period in Year 12, overcame this challenge and has received an offer to major in Computer Science at Rochester Institute of Technology with a scholarship.  Katie Ingrid Ramanayaka is the Valedictorian of the Class of 2022 having completed her entire education at The Winchester Schoolas a Topper in her year group. Katie has also been engaged in all spheres of school life and has contributed immensely in various leadership roles, including as lead singer in the school choir. Katie achieved 3 A* and 1 A grade and is set to study Medicine at Charles University, Prague, in the Czech Republic.

The Winchester School Jebel Ali also shared its BTEC results. A total of 24 students participated in BTEC Business (10 students), BTEC Applied Science (6 students) and BTEC Information Technology (8 students) with a total of 48 entries. There was a 100% pass rate and 75% of students achieved Merit or higher.

The first UAE school group to release its results today was GEMS Education. According to a Press release from the Group, students, parents and schools are celebrating A-level results that are above 2019 records when students last sat formal examinations.   Over 1,300 students from 18 GEMS schools in the UAE and Qatar completed nearly 4,000 A-levels, with over 20 per cent of students achieving an A* grade. Across schools, over 32 per cent of entries achieved A* to A grades, with 55 per cent recording A* to B grades.

Details for all GEMS schools' 2022 performance can be found in our Table here.

Among the GEMS schools to provide more details of their results was GEMS Wellington Academy Dubai Silicon Oasis where students were sitting A Level examinations for the first time - the Academy now offers both A Level and International Baccalaureate Diploma options. A total of 50 students made up the first cohort, and in total they were entered for 141 examinations.  11% of all entries achieved an A* grade, with 31% being awarded A*-A and 63% of results being A*-B grades.  This was certainly an impressive achievement for the first cohort at the school.

The five most successful students are now heading off to a range of international university locations, with Angelo Nawar, who achieved 3A* and 1A grade, bound for Arizona State University to study Pre-med Biomedicine.  Also planning to study Medicine is Michael Refaat who was awarded 3A* grades and is heading to Cardiff University. Wiejie Lin, another 3A* recipient is going to Hong Kong Polytechnic University to read Computer Science. Abdullah Fikry and Salma Lofty, both of whom were awarded 2A* and 1A, will  be going TU Eindhoven to study Mechanical Engineering, and King’s College, London to read Economics respectively.

The only school in the Northern Emirates - GEMS Westminster School Ras Al Khaimah - is also celebrating with its students today. A cohort of 67 students sat their A Level exams this year, more than double the number of 2019!  Students achieved A* grades for 4% of entries, whilst close to a fifth (18%) of all entries were awarded A*- A and 37% of all entries A*-B.

Among the top performers were Zarnain Tanveer who achieved 2 A* and 1B and will be going to the University of Turkey to study Medicine. Fahdlullahi Adeniran who was awarded 1A* and 2 As will also follow medicine-related Bio Medical Science studies at the University of Manitoba. Sama Patnaik, who achieved 1A* and 2 As is set to study Computer Science at The University of British Columbia, Canada, whilst Hania Zainab who received 1A* and 1A is also planning to study Medicine at Tbilisi State Medical University, Georgia.  Gowrisankar Anilkumar, who received 3 As will pursue his studies in English Literature & Media at the University of Delhi, India, and lastly, Asheer Ahmed, who also achieved 3 As will attend the Institute of Business Administration, Karachi, Pakistan to study Business & Financial Management.

At Dubai British School Jumeirah Park, students were entered for A Levels and BTEC for the first time since the opening of the school.  The first cohort did the school proud with a 100% pass rate for both sets of examinations.  At A Level, 40% of entries were awarded A*- A, whilst 71% achieved A - B and 90% A - C. Stand out results were achieved by Cerys Isaac and Penny Shevlin with 1 A*, and 2  As, and Bernat Szabo who was awarded 3 As. Cerys Isaac will study Psychology at Cardiff University, whilst Penny Shevlin will study Dentistry at the University of Valencia. Bernat Szabo leaves DBSJP to study Mechanical Engineering in the UK.

Standout BTEC students include Head Girl, Ellie Beck Martin, who achieved D*D* (A*A* equivalent at A Level) in BTEC Performing Arts, along with an A in A Level Art, and will pursue Dance and Musical Theatre at the prestigious Bird College in the UK. Highest achiever, Alice Crawley, who achieved D*D*D* (A*A*A* equivalent at A Level) in Level 3 BTEC Performing Arts, continues her studies in Musical Theatre and Dance at the BIMM Institute in the UK.

Sister school, Dubai British School Emirates Hills, with many more years of A Level students who have completed their education at the school, is celebrating the best post-16 results in the history of the school. Its cohort of 58 A Level students were entered for a total of 167 examinations and 17% of exam entries were awarded A*. Almost half of all entries (46.7%) were awarded A* - A, whilst 82% achieved A* - B grades, and 91.6% were awarded A* - C.  Standout students were So Ei Kim who achieved an extraordinary 4 A and 1 B,  Andrija Zavisic who achieved 2 A*, 1 A and 1 B, Jasmine Reynolds, who was awarded 3 A* and 1 A, and Christina Kurian, who was rewarded with 3 A* and 1 A.

For BTEC Level 3, 19 students were entered for 24 entries. 88% of entries achieved the highest Distinction* award, with the remaining 12.5% of entries being awarded Merit. Michael Harries and Aaliyah Ul-Haq were each awarded 3 Distinction* results, whilst Abdelrazek Adham, a GCSE student who has scored 8 of the highest Grade 9s in these examinations, also achieved a Distinction* in BTEC.

Dubai College, with one of the largest cohorts usually, has again shared its full results with us - a school that has led the way in terms of transparency in this context.

Despite the well-publicised intention to reduce awards at the highest levels this year, Dubai College students achieved an A or an A* grade in over 70% of all A Level qualifications, the highest success rate in externally marked examinations since 2013.  18 students achieved a full house of A* grades, 8 of whom did so in four full A Level subjects.

In total, six Dubai College students will be joining either Oxford or Cambridge and nine will be attending Ivy League universities in the USA. 70% of school leavers are going on to study courses relating to STEM, with the remaining 30% studying humanities or law.