Although perhaps something of a slow down compared with five years ago, eleven new schools are set to open in Dubai, and one (well-known name) will open in Sharjah in August 2021.
2021 New Schools - the BIG Round Up!
By Lyn Soppelsa 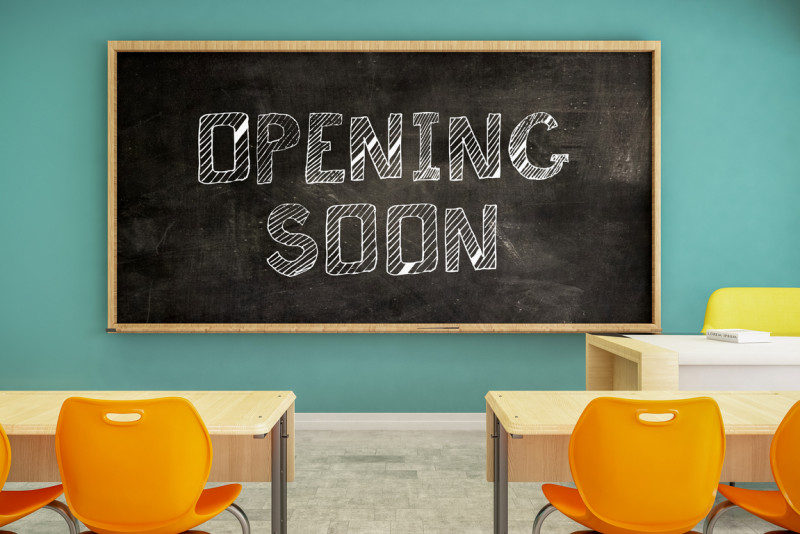 Despite the difficulties of the economic situation over the past few years, and particularly the impact of the Covid 19 pandemic, there are still many organisations with faith in the demand for additional school places in the UAE.

The most recent 'Summer landscape' report from the KHDA shows that student enrolment grew from 279,191 children in the Autumn term of 2020 to 289,991 by the start of the summer holidays in July 2021 - an increase of 3.9%. Among the students attending private schools in Dubai are 33,656 Emirati students (around 11%), which perhaps explains why three of the new schools opening in August 2021 are primarily targeting local students.

Whilst there has been little information about new schools opening in the other emirates, we do know that the popular Choueifat Group is opening a new SABIS school in Sharjah in August - full details below.

You can find out details of the schools that are expected to open in August in our chart, with links to our reviews for each school from the commentary below. They are mix of almost all sizes, curricula, and fee levels, with well-known international brands such as Royal Grammar School Guildford in Dubai, to more locally known groups such as Emirates National Schools, to new brands from existing groups such as Windsor School, to complete newcomers.

The latest school will open as a Primary School and will expand to include Secondary at a later date. With Apple International School only recently having expanded its Secondary school to include students in Year 11 (for IGCSE) and with Years 12 and 13 due to open in September 2021, the school has been rated Good by the KHDA for the past four years.

The Australian International School Sharjah (AISS) opened in 2005 through a partnership between the Al Sharif Investment Trading Group and the Government of Queensland, Australia.

For many years, Australian families in Dubai have been wondering when a branch would open to cater to the large population in the neighbouring emirate. AIS Sharjah is the only learning institution in the Middle East that is recognised as an Australian school outside Australia.

The Sharjah School offers both the International Baccalaureate and Queensland Certificate of Education, and the new Dubai-based school will follow suit, opening from pre-KG to Grade 6 initially and expanding to Grade 12 on its impressive brand new campus in Al Barsha South. School tours are being conducted by the Principal in person.

Foundation families benefit from a 25% discount on the published fees for for the first three years of attendance.

Originally planned to open in August 2020, the curriculum at Cedar School Dubai will be based on the English National Curriculum with enhancements that reflect UAE and Dubai regulatory requirements and best practice for quality international education with a particular focus on digital technology. Teachers will come mainly from the UK and Ireland. * There is an addition discount on fees for the first 100 students to enrol at the school.

Dubai Schools Al Barsha and Mirdif are a joint venture in the form of a public-private partnership between the Dubai Government and Taaleem Education – owners of Outstanding-rated Dubai British School and Raha International School Abu Dhabi.

Although the schools are predominantly aimed at Emirati families, local students are certainly not the sole focus. Students of other nationalities will be welcomed in order to offer a truly international experience and education for all students at the school. Initially, the schools will be open from pre-school to Grade 4 with a capacity of 800 students and will offer a US curriculum.

ENS Dubai is the sixth branch of the Abu Dhabi-based group of schools. The new school is located in Al Khawaneej and - similar to the Dubai Schools - is aimed at predominantly, but not solely, Emirati students. It will open from KG1 to Grade 5 initially, growing to a full K-12 school with a capacity of three thousand students across the full range. The school will offer a US curriculum with the option for students to take the IB Diploma as their school leaving qualification.

In 2020, ENS group schools educated more than 12,000 pupils and will have an expected alumni network of more than 3,000 graduates by the end of 2021. Its Abu Dhabi-based schools have been inspected by ADEK, the regulator, with the Mohammed bin Zayed City and Al Ain branches being rated Very Good, the Abu Dhabi Primary School being rated Good and the Secondary section, Acceptable. No independent inspections have taken place in Ras Al Khaimah and Sharjah.

**Fees shown are for the full range from KG1 to Grade 12.

PACE Modern British School will be the sixth school operated by the PACE Group in the UAE and the first in Dubai. Set in the heart of Al Rashidiya, this new school will offer "affordable high quality education without compromise". The school will follow the UK National Curriculum through EYFS, Primary and Secondary, eventually offering GCSEs, BTECs and A Levels.

The new school is one of three UK curriculum schools to be operated by the group - preceded by PACE British School in Sharjah and Creative British School in Abu Dhabi (which the group purchased from its original owners). ***The school is offering a further fee discount of AED 2,000 to the first 200 children enrolled.

The latest highly regarded British independent school to set foot in the UAE, RGSG Dubai is the second school in the Middle East to be established in partnership with the 510 year old UK school - the other opened in Qatar in 2016.  The UAE partners are Cognita, one of the largest international school groups, which has recently taken over highly regarded Horizon English School.

The Royal Grammar School Guildford UK is one of the most academically successful all-boys schools in the UK. The Dubai branch will launch in the city as a co-educational school for boys and girls aged 3 to 18 years, initially opening its Early Years and Prep school sections.

A key to the school's success will be how well the RGS Guildford team is able to export the culture and character of the UK school to the United Arab Emirates. To this end, the governing body of the School will include representatives from RGS Guildford in the UK.  Key staff have joined from the UK school including the Head of Prep.

Certainly the school is opening with Premium Plus fees in line with the quality that it promises. In addition to a 10% fee reduction for founding families, a Founders' Package includes a waiver of the annual IT fee for the duration the student is enrolled at RGSGD, a (one-time) Uniform Voucher, the provision of two school-led extracurricular activities for each pupil, and the inclusion of attendance at the Breakfast Club, an After-school care Club, for each new student.

SABIS Al Jada will be the second branch of the SABIS group to open in Sharjah, following the long established The International School of Choueifat Sharjah which opened in 1976. The new school will be 15th SABIS school in the UAE and will initially open from KG1 to Grade 5.

Although the curriculum is treated as 'stand-alone', it is in large part based on the National Curriculum of England and Wales, but without the Learning through Play approach of the Early Years Foundation Stage. Instead, there is an immediate focus on the core subjects of English, Arabic and mathematics.

Students at Grades 9 and 10 are entered for IGCSE examinations, and are given the option at Grade 11 of doing a two year A/S and A Level programme, or being offered a High School Diploma and the option of Advance Placement courses for US university entrance. In addition, the new school will also offer SAT and TOEFL exams.

**** For reasons that we at WhichSchoolAdvisor.com completely fail to understand, none of the SABIS/Choueifat schools in the UAE publish their school fees on their websites. However, the fees for the newer schools range from AED 24,000 to AED 45,000 from KG1 to Grade 12 and we would expect those of new Sharjah school to be within this range.

The new school's original name inevitably sparked questions as to its source - so much so that the school has subsequently announced that it will be known as Fifth Dimensions Elementary School. However, when one understands that the school's focus will be a "future-focused community school" offering the US California State Standards integrating STEM subjects, a reference to a futuristic concept begins to make sense.

Opening in an existing building in Nad Al Sheba 4, the Fifth Dimensions team expects a significant proportion of its student body to come from the local Emirati community, but is open to all nationalities and will offer pre-KG to Grade 5 classes only.

VHF will be the specialised Early Years section at a separate purpose-built location to its "mother" Victory Heights Primary School, remaining under the leadership of the popular Primary school team. Victory Heights Primary School is rated Very Good by the KHDA and is in high demand from parents who appreciate its extraordinarily positive community feel.  The opening of VHF will not only allow the school to enroll more Foundation stage students, but also to expand the main school with the space that is released.

VHFS will accommodate 275 children across 11 classes. It is the second school in Dubai to go the route of a separate Early Years facility, providing a smaller, more protected environment for the youngest students who will have automatic entry to Year 1 at the original school. Students from Victory Heights Primary School have direct access to South View School in Remraam to Year 7 students, which is owned by the same group.

Windsor School is the first school under the new brand to be launched by highly regarded Kings Education. The school will open as a Primary only school and will be co-educational, offering a UK curriculum education to children from FS1 (aged 3+) to Year 6.

Kings' has hinted that Windsor School may either expand to Secondary on the current site or, potentially, provide a route to a Windsor Secondary at a separate location which has not yet been determined.

Highly rated by the KHDA - the Kings Dubai school has been rated Outstanding since inspections began, whilst the Kings Al Barsha school attained the highest rating on its second inspection, we expect to see similarly high standards at Windsor School.

Fees are in line with Very Good-rated Kings Nad Al Sheba and we suspect the change of brand is due to size and facilities of the city-centre located Windsor school which, externally in particular, do not match those of the other schools in the group.