The CISCE yesterday published the results of the ICSE and ISC examinations. It declared a global pass rate of 99.3 per cent pass rate for ICSE students, and 96.8 percent for ISC. Both scores topped last year's global average.
This article is part of an editorial series on Covid-19 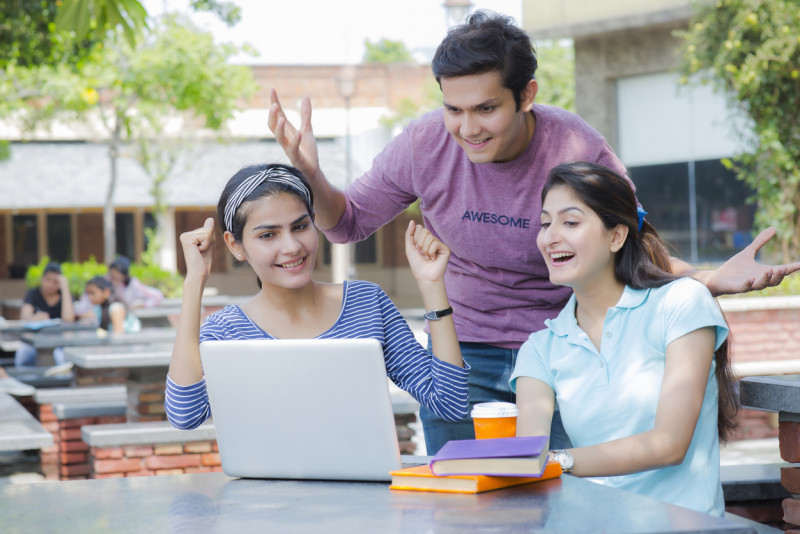 The CISCE exams were held in February and March but results were delayed due to the coronavirus (COVID-19) pandemic. Last month, the CISCE said pupils in India and abroad who were unable to complete their final exams would be assessed on the basis of internal assessments or pre-board tests.

According to Gerry Arathoon, CISCE chief executive and secretary, the CISCE board has decided not to publish a merit list for class 10 and 12 exams this year “in view of the exceptional circumstances.” He added: “This year has been an exceptionally difficult year for everyone due to the COVID-19 pandemic and the multiple lockdowns, coupled with many other related problems.”

“I would like to commend our candidates, who have shown exemplary resilience and fortitude during this crisis period. Faced with the agony of a long wait for a possible delayed examination in the remaining papers, the subsequent prolonged wait for the results while simultaneously continuing their studies of the next class or preparing for the entrance examinations. Your patience and perseverance are to be admired,” he underlined.

A small number of UAE schools offer the CISCE curriculum, including Ambassador School Dubai, GEMS Modern Academy and JSS International School; the vast majority offer the CBSE curriculum. Although limited in number, students in the UAE secured impressive scores with some placing among the highest performers globally.

At Ambassador School in Dubai, of the 25 pupils in Grade 12 that sat the ISC exam, 16 scored an average above 90 per cent. The ISC school average of 89.7 per cent was an all-time high for the school. A further 24 sat the ICSE (Grade 10) exams, and 16 pupils secured an average above 90 per cent. Students at the school emerged as "world and UAE toppers" in mathematics, physics, commerce, computer science and physical education, with a perfect score of 100 in these subjects.

Ritika Iyer, 17, was the school topper in Grade 12 and scored an average 98.7 per cent, with 100% in mathematics, physics and computer science. She was closely followed by Naher Bhasin, 17, who scored an average of 97.2 per cent and 100% in commerce.

Scoring the highest mark in the school in the ICSE results was Harsh Manghnani, 15, who secured an average grade of 98.4 per cent. He also scored 100% in both computer applications and history civics and geography. Riya Sharma, 15, also scored an impressive 98 per cent followed by Kishore Suresh, 15, with 97.80 per cent.

A total of 150 students from GEMS Modern Academy sat the ISC exams and 205 students sat the ICSE exams this year. In the ISC, students set a new school record, achieving an average score of 90.4 per cent this year. The top-performing ISC students, Meghna Jain and Samrudhi Saju, achieved near-perfect scores of 99 per cent.

The ICSE students surpassed international benchmarks, with a 100 per cent pass rate and an average of 91.6 per cent – again, a record high for the school. A total of 40 results (71.2 per cent of students) achieved above 90 per cent, and results included 68 scores of 100 per cent across a range of different subjects, compared to 48 percent a year ago. The top performing pupils were Vishnumaya Deepakchandran and Mobina Khan, each scoring of 98.2 per cent.

At JSS International School, ISC results showed an average of 87.6 per cent, an increase of 1.4 per cent as compared to last year’s 86.2 per cent. The ISC Science topper was Gayathri Girish who scored a 96.5 per cent and Commerce topper was Gauri Parvathi at 96.25 per cent.

Keerthana Nair not only beat the past ICSE record of the school, but also topped the UAE with 99.2 per cent with four scores of 100% and a 96% in the fifth subject. The overall ICSE grade average at the school was 93.22 per cent, an increase by 3.42 per cent as compared to last year’s 89.8 per cent, UAE’s highest average.

CISCE has made a provision for the candidates to apply for remarks directly through its website, but has stated that these will be conducted only for those subjects for which the written examinations have taken place.