2016 was always going to be a BIG year for senior staff recruitment with fifteen new schools opening in Dubai alone. In addition, a significant global (and regional) teacher shortage and a steady increase in the cost of living across all Emirates, all made it more difficult to recruit and retain great staff.
2016 UAE Education Movers and Shakers
By David Westley 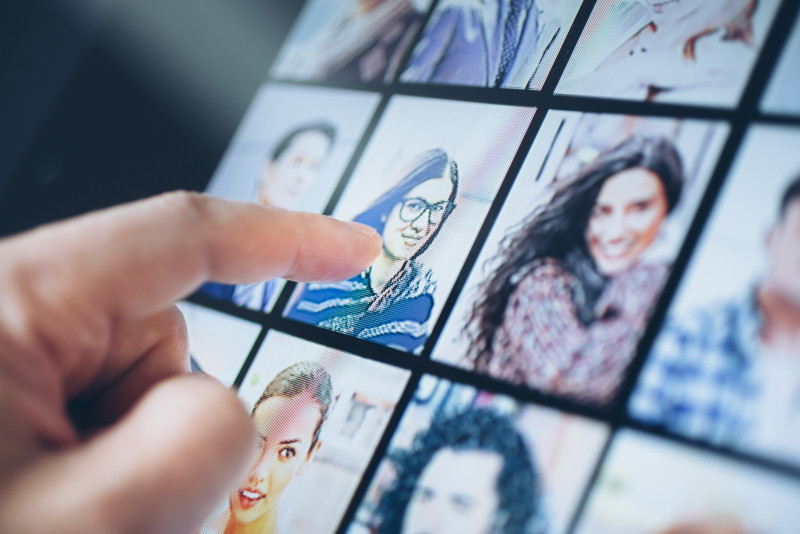 The WhichSchoolAdvisor.com 2016 Teacher Survey results highlighted just how pertinent these issues are. Teachers changing position is now a fact of life, perhaps particularly so in the ever-shrinking world of international private schools. Schools in Dubai and Abu Dhabi are not only competing with their peers in the Emirates, but those in Shanghai, New York, Singapore, Chicago, Vietnam, London… We could continue…

Teachers are increasingly aware of their opportunities and their worth, and it is against this background that we should measure the success the UAE is having in not only retaining teachers, but also bringing in top talent from around the world. As parents we often complain about fees, but if the money goes into recruiting teacher talent, and paying enough to retain it, then it really is money well spent.

Increasingly the evidence shows how good a school is, is not about the number of its teachers, or its teacher to student ratio. It is instead about the quality of individual teachers, and the effect they have on a classroom of pupils.

We all remember that one teacher that made a difference. Imagine the school that is full of that kind of talent… Wouldn’t you want that one for your child?

So what is happening in the UAE..?

The safest bet is to get a proven pair of hands who already understands the market you’re in, and that is what new school, Oaktree Primary School has done with founding principal Chris McDermott. McDermott was previously principal of the five times Outstanding rated GEMS Jumeirah Primary School. Once installed McDermott set about cherry-picking his ‘dream-team,’ with Carrie Hozza, previously at GEMS Wellington International, taking on the role of vice-principal, and Craig Dyche-Nichols, also formerly at GEMS.

GEMS Education itself has been busy recruiting. Lesley Isherwood’s previous experience at the US/MoE dual curriculum Al Yasat Private School in Abu Dhabi obviously appealed to the group, who picked her as founding principal at the new GEMS National School Al Barsha.

Isherwood’s position at Al Yasat Private School was then filled by experienced principal- Jake Madden, who in turn resigned from his position as head of school at Dar Al Marefa, also in Abu Dhabi.

Next-door at GEMS Founders, founding principal Matthew Burfield arrived from a previous three-year posting at Byron College – a British International School located in Greece. Byron College completed a BSO inspection in 2014 and was considered Good with Outstanding features, noting, strong leadership by the head-teacher, which improved the capacity for innovation and progress within the school.

Supporting Burfield is vice-principal and head of primary, Janet Foley a long time senior management team member who cut-her-teeth in all the big-name, non-premium GEMS schools including: Winchester, Al Khaleej and Cambridge. Foley’s assistant principal at primary is Carolyn Gorham, who moved over from Taaleem’s Dubai British School (DBS) where she was previously head of foundation.

Taaleem sister-school Raha International in Abu Dhabi waved goodbye to founding-principal of 10 years, Wayne MacInnis. The school recruited Iain Colledge who was previously British Council regional director in the Czech Republic to the role. Colledge has likely clocked-up some impressive air-miles during his 17-year teaching/leadership career, having previously worked in: Jordan, Bahrain, Libya, Thailand as well as the Czech Republic.

Meanwhile, the much loved MacInnis, has not returned to another position in the Middle East, but instead chosen retirement in his native Canada.

The Nord Anglia group has considerable depth of teaching talent, and with the departure of founding-principal Mike Embley, Nord Anglia promoted Matthew B Farthing from sister school, the British International School Bratislava. Prior to his time with Nord Anglia, Farthing was the founding head of Harrow-Beijing a position he held for over 14 years.

Mike Embley, who has had a major impact on the school scene in the UAE, has been promoted within the Nord Anglia group and is heading back to China, where he worked for several years.  According to a respected education consultant ‘the opening of Nord Anglia has become the new model for how to open  schools successfully in Dubai.’ We are sure the drum-playing, martial arts world champion will be building new models to emulate in Shanghai and beyond!

As Kings’ Nad Al Sheba bid adieu to head of school Tracey Skinner who jetted off to Thailand for the  September 2017 launch of Delna British School, it rolled out the red carpet for her replacement, Darren Gale. Gale has previously spent one year at Indian curriculum Springdales also in Dubai and previously five years as founding-principal at the highly rated and regarded Al Yasmina School in Abu Dhabi.

Completing the trio of schools, Alan Williamson joined Kings Al Barsha as principal in February for an in-depth handover from the outgoing principal, Bill Turner. Proof of how big a business education recruitment is becoming, Turner has since taken up a role as senior search associate for education recruiters ‘Search Associates.’

There were changes at Kings HQ too this year, with long-term CEO Kevin Stedman leaving for the position of Kings senior education advisor. He was replaced by Pablo Fetter, who was previously on the board of directors for GEMS Education.

However, it would seem this decision was reversed in December 2016, with Fetter standing down, and Stedman once again taking up the role.

Over at Hartland, the surprise news that both CEO/principal Jenny Stephen and head of primary Melissa McBride would depart, left many guessing.

Stephen’s departure allowed Fiona Cottam to move from Senior management in GEMS HQ to principal at Hartland. Stephen meanwhile, returned to the UK to take up the position of director of Schools at an exclusive 15,000 GBP per year all-girls school.

Head of primary, Melissa McBride, also returned to the UK where she is regional education director for consultants Edureach Education.

Horizon International has re-recruited and found its feet since the announcement back in March 2016 that husband and wife team, principal David Wilson and Cathy Wilson, head of secondary, would depart.

Ex-GEMS Winchester principal, Lee Davies has taken up the role of principal at Horizon International while Robin Kyne joined the school as head of secondary from a position in Manila.

Maureen Chapman left her position as principal at Safa British School the school then recruited Dan Sutton from the UK, where he was executive headmaster for an education trust.

At Raffles World Academy, both principal Julian Williams and head of secondary- Giles Mongare, left the school this summer.

Williams moved on to become principal at Springdales, (replacing Darren Gale, who left for Kings’ Nad Al Sheba) while UAE-newbie, Timothy Roberts took up the position as principal at Raffles World Academy.

The new Principal at GEMS Metropole, Anthony Cashin, moved from Ajman Academy to take up the position, whilst founding principal, Ian Jones, has moved to a central role in GEMS to take responsibility for the Abu Dhabi based schools and their future development in the capital.

It’s not all Dubai and Abu Dhabi…

Over in Sharjah, Andrew Marshall moved from Victoria International School Sharjah to Vice Principal at Dubai Modern Education School at the start of the 2016/17 academic year.

Teresa Varman moved from GEMS Our Own English High School to GEMS Millennium School Sharjah to take up the position of principal and CEO.

Repton lost its head of foundation, Siobhan Brady to Sharjah English School, where she was appointed head of primary.

This year has already just begun, and already we are seeing changes within some schools.

The current assistant principal at The American International School Abu Dhabi Omar Ugalde, will take up the position of head of secondary currently held by Joe Ravesi.

Last, but certainly not least, Tammy Murphy is set to replace Jim Hardin as head of School at GEMS Dubai American Academy.