The issue of being charged ‘home’ fees or ‘overseas’ fees can make an enormous difference to the family bank balance. Being a UK national does not qualify a student to receive home fee status - and yet some expats manage to get full funding for their children. Feeling confused? Here are the facts you need to know...
How to: University Home Status, British Expats
By Susan Roberts 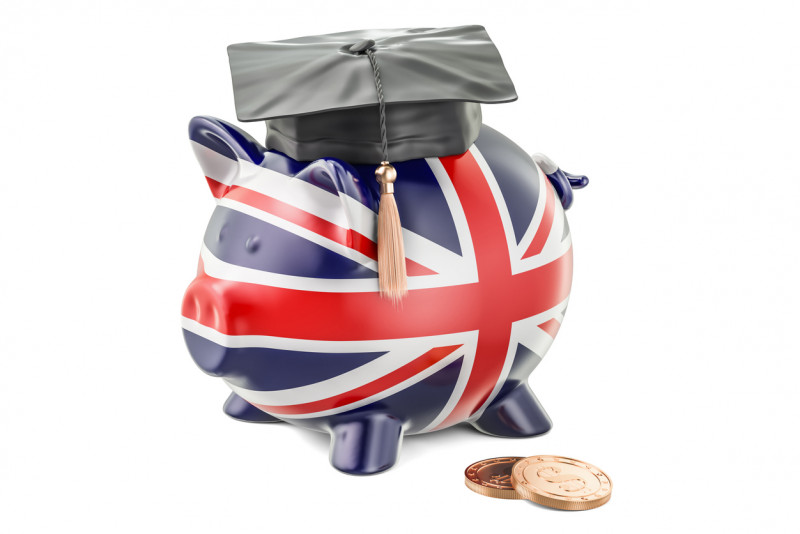 For British expat parents of teens hoping to go to university in the United Kingdom, being charged ‘home’ fees or ‘overseas’ fees can make an enormous difference to their bank balance. Being a UK national does not qualify a student to receive home fee status and unfortunately, assessing whether your family meets the required criteria is not as straight forward as you might expect or hope. For parents of teenagers considering a move to the UAE, this could be a key financial consideration in your decision to relocate.

WhichSchoolAdvisor.com has spoken to Mike Pemberton at Stephens Solicitors, a UK-based solicitor specialising in public law, who has provided guidance on this issue, to help UAE-based British expats through this jargon-filled fog of assessing their chances of gaining home fee status.

Home Students: UK universities receive public funding and as such, fees are capped at a lower rate for those meeting ‘home student’ criteria. For undergraduate degree programs, this cap is currently set at £9,250 per year in England, and at £9,000 in Wales. In Northern Ireland, fees cannot exceed £4,160 for Northern Irish students, while in Scotland, fees for a student’s first undergraduate degree are, in most cases, fully funded, meaning the student does not pay anything. In the rare cases where they are not funded, annual fees are capped at £1,820. This funding if applicable only for Scottish students in Scottish universities, with students from England paying up to £9,250 per year, as they would in an English university.

International Students: Fees for undergraduate degrees for international students can be eye-wateringly higher. For universities in England, Scotland, Wales and Northern Ireland, international fees range from around £10,000 to as much as £38,000 per year for medical degrees in the top universities.

Who is Eligible for Home Fee Status?

Unfortunately, the answer to this question is far from straight forward, as there are a considerable number of variables, including which part of the UK the university is in, which university is making the assessment, and vitally, details of the family’s time away from the UK. This guide focuses on universities in England.

The Department for Education has set criteria to define whether a student should be charged home fees or international fees. Those who correctly meet the home status criteria can insist on paying home fees, although universities are granted some discretion on cases that are less clear cut, with some allowing students to pay home fees who may be denied elsewhere. While there are a number of categories of individuals who can fall under home fee status, e.g. those with refugee status, or who have entered the UK under specific humanitarian immigration schemes, for the majority of British expats, the only potentially applicable category would be ‘Long Residence’.

(a) on the first day of the first academic year of the course, you must either be:

(b) you must be ordinarily resident in the UK on the first day of the first academic year of the course; and

(c) you must have been ordinarily resident in the UK and Islands throughout the three-year period preceding the first day of the first academic year of the course. See our definition of ordinary residence, including the need for residence to be / have been lawful;
and

(d) your residence in the UK and Islands must not have been, during any part of the period referred to in paragraph (c), wholly or mainly for the purpose of receiving full-time education [unless you are to be treated as having been ordinarily resident in the UK & Islands due to either you, or a relevant family member, having been temporarily employed outside the UK & Islands].

The section that is considered, to some degree, a grey area is ‘you must have been ordinarily resident in the UK and Islands throughout the three-year period preceding the first day of the first academic year of the course.’  The UK legal concept of being ‘ordinarily resident’ is one with somewhat blurred lines. The UK Government’s Department of Health and Social Care’s Ordinary Residence Tool defines this as:

“…living in the United Kingdom, lawfully, voluntarily and for settled purposes as part of the regular order of their life for the time being, whether for a long or short duration.”

Examples of temporary absence that would be considered to possibly indicate an intention to settle upon return (and therefore would not necessarily nullify an individual’s ‘ordinarily resident’ status) are:

Our go to consultant for this article, UK solicitor Mile Pemberton, advised that while there is no concrete rule on the length of time that can be considered a “temporary absence”, the likelihood of home fee status being granted for prospective students/families who have been overseas for more than three years is very low. For periods shorter than three years, there may be circumstances that allow for students to make a case of being considered ordinarily resident. Essentially, this is applicable only for families who continue to have the roots in place in the UK and have departed for a specified period and for a specific purpose.

He provided the following analogy:

“It can be useful to consider the difference between a temporary absence and migration in terms of a bungee rope. Are their clear factors that demonstrate forces pulling you back to the UK upon the completion of your time overseas? Are the key elements of your UK-based life ongoing, allowing for and awaiting your return, or have you packed up and left your life in the UK behind?”

The factors that could be used to demonstrate the temporary nature of an absence and intent to return to the UK would be considered collectively and on a case-by-case basis, with the applying student holding the responsibility to provide evidence to the university. Such factors may include:

•    Regular and frequent visits to close family members in the UK during period of absence from the UK
•    Family’s ownership of a property in the UK (for at least three years) that it used during return visits.
•    Parents being employed by a UK-based company, with a fixed period placement overseas.
•    Family’s continued payment of Council Tax in the UK.
•    Temporary rental contract on family residence in the UAE

When the Prospective Student’s Ordinary Residence Differs from their Parents

While less common in recent years, some children of expat families in the UAE return to the UK for secondary schooling, either in a boarding school or while staying with extended family.

It is important to note that this would not qualify the prospective university student for home fee status. As as per the Higher Education (Fee Limit Condition) (England) Regulations 2017, "your residence in the UK and Islands must not have been, during any part of the period referred to in paragraph (c), wholly or mainly for the purpose of receiving full-time education".

Receiving full time education in the UK, in the required three years prior to the home fee status assessment, does not disqualify the prospective student from receiving home fee status, but cannot be the main reason for being resident during this period.

The strictness with which a university assesses an application for home fee status will vary, largely depending on the popularity, or availability of spaces, of your chosen university and course. For those who clearly meet the criteria, the university has no choice but to charge home fees, but in cases where it is not clear whether an individual has ordinary residence in the UK, some discretion can be applied. In such cases, applying for oversubscribed courses lessens an individual’s chances of paying home fees considerably. This often explains why some parents achieve home fee status for their children, while others in a very similar position do not...

Some good news is that the university’s initial fee assessment is not applicable for the entirety of the course. Whether the student should pay home or international fees is assessed on an annual basis, meaning it can later change. The most likely reason for a student to receive home fee status mid-way through a course is due to their time as a resident in the UK while studying. However, it is again important to note that this would only be applicable if they could demonstrate that they are not in the UK “wholly or mainly for the purpose of receiving full-time education”.

Requirements for home fee status in Scotland, Wales and Northern Ireland do differ to requirements for England, but should certainly not be considered an easier route.