According to a 2015 OECD report titled ‘Better Skills, Better Jobs, Better Lives - A Strategic Approach to Education and Skills Policies in The United Arab Emirates,’ in the global context, the UAE’s teacher turnover is high and the majority have less experience than those elsewhere.
UAE Teacher Turnover: Sky High - Or Just Average?
By WhichSchoolAdvisor.com 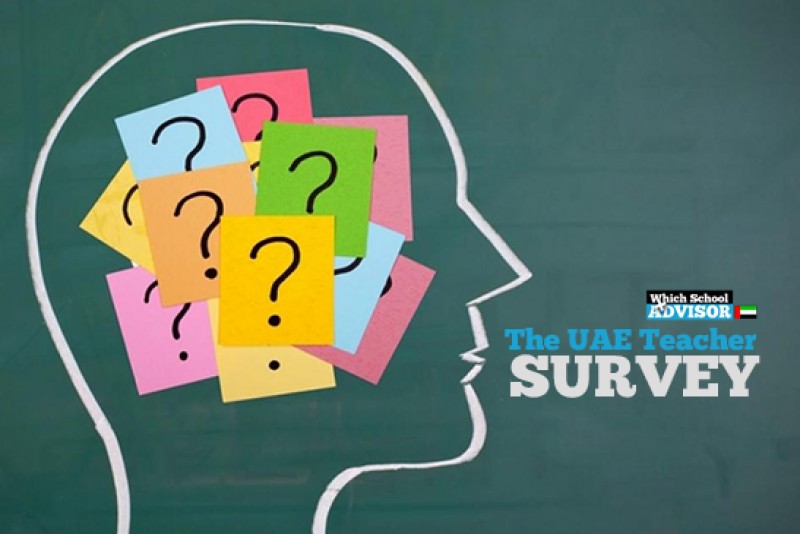 Articles in the survey:
UAE Teacher Turnover: Sky High – Or Just Average?
3 in 4 Teachers ‘Looking for New Job’
Revealed: How To Keep The Best Teachers
Teachers: What They Really Want Is…
Geography No Limit to UAE Teacher Ambition
British Teachers: Where is the Love?
American School Teachers: Over Sold by Over Here

According to a 2015 OECD report titled ‘Better Skills, Better Jobs, Better Lives - A Strategic Approach to Education and Skills Policies in The United Arab Emirates,’ in the global context, the UAE’s teacher turnover is high and the majority have less experience than those elsewhere.

Our survey revealed broadly similar results, but with quite a large distribution in years of experience.

The report also notes that many principals in the UAE are less experienced than those of other countries tested, while their role is perceived as primarily ‘administrative’ rather than ‘instructional leaders.’ This perhaps was less of a finding, with almost 40% of principals responding to the survey having more than 21 years of experience... This is perhaps a sign of an increasingly competitive, and mature educational landscape in the country.

In 2010 Mancuso, Roberts and White discovered in a survey of 22 International schools and 248 teachers in Asia that 17% was the average International teacher turnover rate. And, while there is still no real understanding as to why this figure is so high, a study by Hardman in 2001 came to the (somewhat questionable) conclusion that it all boiled down to locally hired teacher resentment against higher paid international staff. Note: This cannot be the cause in the UAE where few locals are employed but turnover is still high.

A further study by Faber and Sutherland in 2006 found that the average teacher turnover in International schools was 20% with an average tenure of 4 years. This seems closer to the UAE average.

More worrying still was a study in 2011 which found that retention of principals in the Middle East was some of the lowest in the world at 3 years longevity against an average 3.7 worldwide and even Africa beating the Middle East with 3.5 years.

Assessing teacher turnover in the UAE is hindered by a lack of data, inspection reports for Abu Dhabi and the Northern Emirates do not always state the turnover and when they do they merely note the figure is either ‘high’ or ‘low,’ without specifying actual percentages.

The KHDA inspection reports for 2014/15 and 2015/16 do however state teacher turnover percentages.

Despite the average salary [teachers] receive in Indian Curriculum schools being below UAE standards, interestingly Indian schools rated Outstanding, Very Good and Good the KHDA – show teacher turnover remains relatively low for the UAE, around 16 percent average. We can see this in the findings of our survey. Teachers in Indian schools are less likely to be looking for opportunities elsewhere than their better paid counterparts in, for example US schools, for example.

However, the schools rated Acceptable, Weak and Very Weak demonstrate a clear link between school quality and teacher retention with an average of 30 percent, almost double that of the same curriculum schools which perform well.

The not-for-profits, long reputed to be the best employment option for teachers thanks to their appealing ethos and reputedly higher salaries do perform well and score below the global average with at 14 percent teacher turnover.

However, looking at the well-known older for-profit schools which are understood to be trapped somewhat in a lower fee price bracket by their age and therefore simply can’t offer teachers top salaries, schools such as Al Salam, Pristine Private School, St Mary’s, Dubai Gem and Scholars International have surprisingly positive teacher retention at an impressive 11.8 percent in 2015.
These schools are almost all still operated by the founder (or the family) and all have a clear ethos which runs along near not-for-profit principles, could it be this which is aiding teacher retention?

It would seem that most teachers arriving in the UAE are products of a state schooling system themselves and have an idealized view of teaching, as Colette Doughty at Jebel Ali Primary, so succinctly puts it, “teachers don’t go into teaching for the money.”
Speaking to those who have previously worked in the UAE, we can see for many, the realities of life in a ‘for-profit’ model is a real ‘eye opener.’ Teachers continually quote;  school management undermined by the board and governors, difficulties in obtaining materials, micro-management by ‘head office,’ and idea that parents are ‘customers,’ as the main bug-bears in working for the for-profit models.

IB schools, with the highest fees and most impressive facilities sit around the expected international average of 17 percent teacher turnover, however, the French and German schools fare less well, with a significantly higher rate of 25 percent (two schools recorded a staggering  40 percent teacher turnover last year), and yet the lone Japanese school in Dubai boasts an impressive 2 percent.

What the KHDA reports don’t tell us is how many teachers stayed in the UAE and how many left. According to our survey while many felt they had had a less than positive experience with a specific school, they were rarely negative about the UAE as a whole and actively mention seeking employment in other institutions within the country.

Teachers who have negative experiences in the UAE quote: aggressive HR departments, poor leadership, nonexistent CPD, accommodation in undesirable neighbourhoods with a long commutes, inefficient and demoralized admin staff and continual issues around gratuity, flights and overtime as reasons for low staff morale and retention in the UAE.

In Dubai at least, it would seem that while teacher turnover can spike in some schools, it is for most, around the global International school average.

While there will always be schools which buck this trend (Star International School Mirdif an incredible 88 percent and The Indian Academy 46 percent on one side, Victory Heights Primary School with 0.05 percent, Scholars International School with 5 percent on the other), it would seem it’s at least partially down to any potential teacher planning employment in the UAE to do comprehensive homework on the school BEFORE signing any teaching contract.

Articles in the survey:
UAE Teacher Turnover: Sky High – Or Just Average?
3 in 4 Teachers ‘Looking for New Job’
Revealed: How To Keep The Best Teachers
Teachers: What They Really Want Is…
Geography No Limit to UAE Teacher Ambition
British Teachers: Where is the Love?
American School Teachers: Over Sold by Over Here