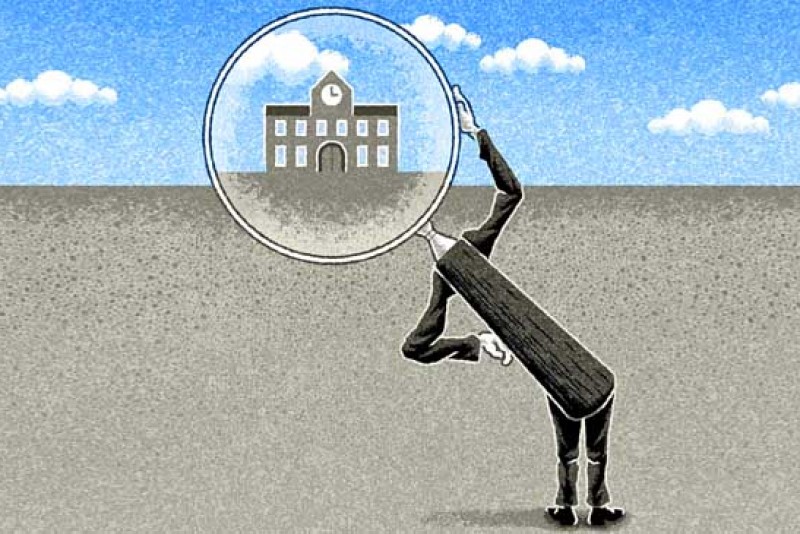 Most international school inspection regimes are like the UAE’s and “known”. This means that the school has a great deal of communication and, if one likes, warning of a forthcoming inspection.

The fair warning gives a chance for the school to reflect on its practice and improve ahead of the inspection itself. In that sense, and as a service to parents, the school actually gains from the inspection in two phases, both pre and post inspection.

It also means however that some schools could try to influence the inspection process by means that are not actually tied to actual improvements.

A recent report in UAE newspaper XPRESS highlighted the “gaming” that it is said to have occurred before and during inspection reports in some schools in Dubai.

It is important to note, the phenomena exposed by XPRESS, is far from a UAE phenomenon. Practices that have been noted internationally include:

- Ensuring inspectors meet “nice” students.
- Making sure the books are retrospectively marked ahead of the inspection.
- Ensuring that teachers mark books are full (though the data might be wholly fictitious)
- Bringing in additional staff for a few weeks prior to an inspection, and losing them a few weeks afterwards (this is done so that the students “know” the teachers and don’t call out “who are you” during an inspection).
- Changing the timetable to make it look more “Academic” by removing sports or arts classes.
- Creating special “inspection classes” by hand picking students, sending less able students to the library or asking them to stay at home.
- And even, most deplorably, ensuring the inspection team is “friendly” to the school by a number of varied means.

These are of course deeply dishonest approaches to the system but they have occurred, and they will undoubtedly occur again. This list is by no means exhaustive.

Ratings everywhere matter – not just in terms of prestige, but financially as well. Schools, clearly, are under pressure to deliver.

Experienced inspectors are aware of these approaches but it is also very difficult to spot some of them, even for very well-trained teams.

The XPRESS report sparked a lot of debate in the UAE. The press is of course the press, and its job is to highlight potential weaknesses of current practise. This is not necessarily a destructive process, often quite the reverse. Reporting should over a period of time improve performance if weaknesses exposed are taken on board and tackled.

The big idea that followed the XPRESS expose was the possibility of surprise inspections. But is this solution any better?

Many parents in the UAE have welcomed the idea of the unknown inspection (where the school has no warning of the date of the inspection and the team literally walk in with very short notice). It is the approach taken in the UK for example by OFSTED.

A known inspection, honestly entered into, is a long-term vehicle for school improvement and reflection. An unannounced inspection is more of a compliance and a judgement device.

It is far harder for schools to game an unannounced inspection and it does give parents a very clear insight into what was happening at that time.

There are downsides however, and even the most experienced inspectors can be vulnerable to being led astray by small, temporary matters.

If during the inspection the Head of Mathematics is away on a training course, to keep him up to date with the most recent curriculum developments in mathematics, it is quite likely that some maths classes will be “covered”.

Although the inspectors would be aware of this, it is still the case that the inspection report would very likely not be as favourable to mathematics as it would be if the Head of Maths was present.

This will be reflected in the final report and, since maths is a key subject, can have a bearing on the school’s final standing.

Inspectors are meant to keep this in mind but in reality, they see what they see in the maths class and this will feature in their thoughts even for the most experienced.

The question becomes though, long-term, does the school benefit more from providing training to its staff. The answer is of course “yes”.

Unannounced inspections can also suffer from simply coming at the wrong time for the school. This sounds like an excuse but is not the case in reality.

If an inspector walks into a class and a student is in tears, the lesson will be disrupted no doubt. It might simply be though that the student has had some very difficult family news. The teacher will deal with it sympathetically, effectively and keep in mind what is best for the whole class, but again, it will affect the inspection report.

In general though inspectors ARE good at looking in-depth and although there are some downsides to unannounced inspections, they do provide a good insight.

The third way: Do both!

Having a system of announced and unannounced inspections in place is considered by many educational thinkers to be the best of all worlds.

The inspection process is very useful for schools in developing their own practice and internal systems. It forms an important part of schools improving their offer to students.

The KHDA has recently announced that they will add unannounced inspections to their repertoire and this is to be applauded.

The KHDA publishes to schools a set of guidelines regarding what the inspection teams will be looking at.

It focuses on a number of areas;

Essentially the KHDA has adopted a regime that is based on the international inspections framework which is again based essentially on the framework of the UK government regime. This is something of a generalisation but is close enough. It has then added in some areas to reflect the local context.

The inspectors of the KHDA are largely experienced schools inspectors from an international background and are bolstered by inspectors that have experience in looking at those areas within the local context.

This is quite common in fact and school inspections in many countries would follow a very similar pattern.

The KHDA, compared to many regulators, is very transparent in its approach, which is a real strength. Conversely the system within Dubai is quite “young” and schools do sometimes suggest that changes come that they are not given notice of.

The reports that are produced are clear and, if read in the context that was explained in the last article and this one, very useful for parents. The in depth discussions are useful to schools too.

As stated before, I am aware that KHDA are looking at unannounced inspections for schools. I would suggest that these will be very useful if combined with the current approach rather than replacing it.

Overall parents should note, however – they are already being very well served in Dubai compared to other locations around the world.

The latest set of KHDA reports may be found here.

Michael Embley, the principal of Nord Anglia which opens in September 2014, graduated first in his class from the University of Leeds. He has led some of the most prestigious and successful international schools across the globe. He has worked in the UK, Taiwan, Venezuela, Norway and mainland China. In addition he has also worked with governments, assisting them in curriculum design and implementation. A clear focus on the whole student, from academic achievement to sporting and musical success and, vitally, the health and social wellbeing of every student, have been hallmarks of the schools he has led. As a father of five he is always aware that student really means “someone’s child” and it is perhaps this fact, above all, that informs his approach to school leadership. He has a keen interest in music and is a world-class swordsman… but rarely finds the need to use this talent with his students!