Thinking of Going to University in the UAE? Some Key Questions

Thinking of Going to University in the UAE? Some Key Questions
By James Mullan 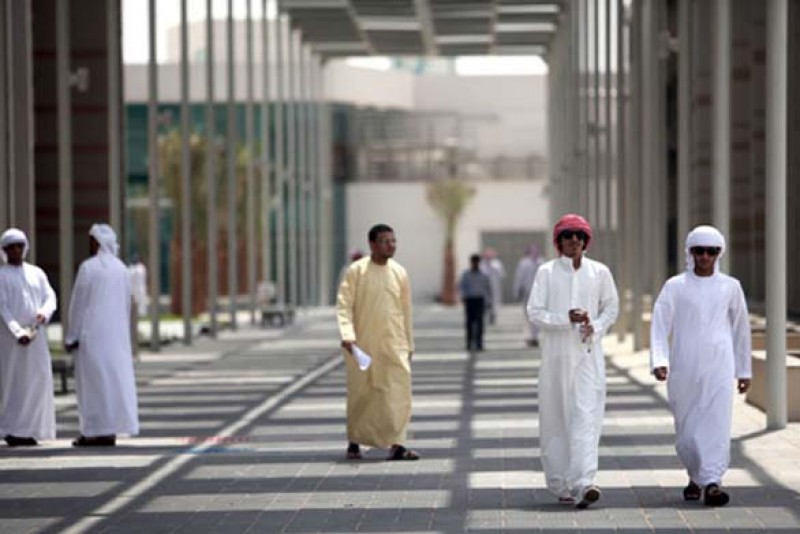 If you’re thinking of going to university in the UAE you’ll likely have a lot of questions that need answering. Based on our experience and our strong links with a variety of senior staff working within third level education establishments we’ve put together some of the most important questions along with the answers. If you have any other questions please send them to us and we will add to the list.

I’ve heard that the issue of accreditation is important. Can you please explain, and how this relates to a university in the UAE specifically?
- Many universities are not themselves accredited by the Ministry of Education and/or many courses offered by colleges are not also accredited. This is a problem if you’re looking to work for the UAE government at some time in the future or if you’re hoping to pursue a teaching career in the UAE. There is also a problem with some students looking to pursue further studies after taking bachelor’s degrees if their bachelor’s degrees aren’t accredited. Most Western university degrees are, however, accredited but many degree courses from Asian universities in particular are not. It’s best to check with the MoE via their website or by getting in touch directly with them
- There is also an issue with working in the UAE if that is your aim after university. As per the current policy in order to get an Employment Visa under the Professional category a minimum Bachelors Degree is required and the same needs to be attested by the UAE Embassy in the Country of origin and then by Ministry of Foreign affairs in UAE. Some Emirates like Abu Dhabi and Sharjah require legal translation of the certificate to be submitted along with the visa application.

I’ve noticed that there are a lot of imported Western branch campuses here. Why is that?
- Parents and students in the UAE seem to be keen to have a Western brand attached to their degrees whether it’s from a really good university or not. It’s seen as a cheaper option than sending students to the country of origin

Where do most of the third level students come from?
- The vast majority of students taking undergraduate degrees here are expat Arabs and expat Indians. There are some good Indian universities here – BITS Pilani and Manipal. Since the number of students applying for places in Indian universities here is considerably smaller than in their home country applying to college here is seen as a good option.

Where do most Emirati students apply?
- Zayed University is where a lot of the most talented undergraduates head with students also opting for the Higher Colleges of Technology. A lot more Emirati parents who have put their children through private schools, however, are comfortable about sending them to private universities either here or abroad.

And Western expats. Where do they generally head?
- Most Western expats return to their home countries but increasingly students are casting a wider net. UAE students with their "international" upbringing are perhaps better suited to becoming a student away from their home country. UK students, in the UK as well as internationally, for example are increasingly looking at courses in Holland, Germany and Finland in Europe, along with Australia and the USA partly because of cost, and partly because that is where their may be a better option for study. In today's global world, it is no bad thing to study outside your national boundaries, and even better if you can pick up a language...

Is there a broad offering in terms of the courses offered?
- Quite the contrary. There is a very limited offering of courses here – they tend to be in business, accounting, IT and marketing. There is also a strongly ‘applied’ approach to education so that graduates are being trained for the marketplace. It’s all very employer/workplace oriented.

So what’s the problem with this so-called applied approach?
- It is, according to many leading academics a dangerous way to train students. Individuals who have a bachelor’s degree in Psychology for example can put a plate on a door and set themselves up as Psychologists treating people with serious issues.

Are there universities here which enjoy a particularly good reputation?
- The University of Wollongong is well established in Dubai and has a good reputation both in Australia and here. They have a strong research department. Of the home based universities in the UAE American University of Sharjah is the standout in terms of quality, resources, campus facilities and results. There are also some specialised courses, and post graduate opportunities such as with London Business School (a great brand),  and the Masdar Institute (a very interesting concept) although these courses may be some way off for fresh students.
- Rankings for UAE universities are limited, although QS, which does the World MBA Tour, has a global rankings of universities. The United Arab Emirates University, based in Al Ain, is the UAE’s highest ranked (421-430), closely followed by the AUS (431-440). For reference, King Saud university is ranked 253, American University of Beirut 250th and the University of Wollongong (the Australian branch) 276th. The top 10 are the usual suspects (listed in order): MIT, Harvard, Cambridge, University College London, Imperial College London, Oxford, Stanford, Yale, Chicago, California, Princeton.

Do the colleges actively seek out students?
- They generally tend to narrow-cast when going in search of new pupils – American University of Dubai for instance knows that expat Arabs are its primary constituent so they focus on recruiting from such schools

How important are scholarships in third level education here?
- Scholarships are a major issue for prospective parents and it’s one of the most popular questions that they ask when they first approach particular colleges. They are often on offer for students based on results, community service, commitment to course. Some embassies/consulates e.g Palestine offer scholarships as do private companies. It’s well worth doing research on this.

I’ve been told that some universities supplement their teaching by bringing individuals with little or no academic qualifications to conduct part of the curriculum?
- Many colleges throughout the UAE bring in outside individuals without academic experience to supplement their faculty – the quality and benefit of such ‘serviced learning’ is questionable to say the least. Parents and students should take time to find out for themselves the detailed structure of courses and who will be conducting them.

We sometimes see ‘big name’ lecturers/academics parachuting in to conduct a few weeks of academic work. Are there dangers with this?
- Many of the brand name universities pull in ‘names’ from outside to conduct some courses here. The majority of these individuals have very little feel for the cultural environment of the UAE.

- There’s a ‘Starbucks’ approach to education – get the big brand in. A great approach if you’re selling coffee but how appropriate is it to education?

What about entrance requirements?
In general entrance requirements tend to be far less onerous than those demanded by good universities elsewhere. In our research, GCSEs seem to be enough to qualify at some tertiary level establishments. In the UK or Europe the IB DipM or good A Level grades would be required as a minimum.