With "Big School" choices and another new academic year on the not too distant horizon, a sense of hysteria hits the parent community, with the myth that "there's only one good school". But there is another approach...
"There is Only One Good School"... Not!
By James Mullan 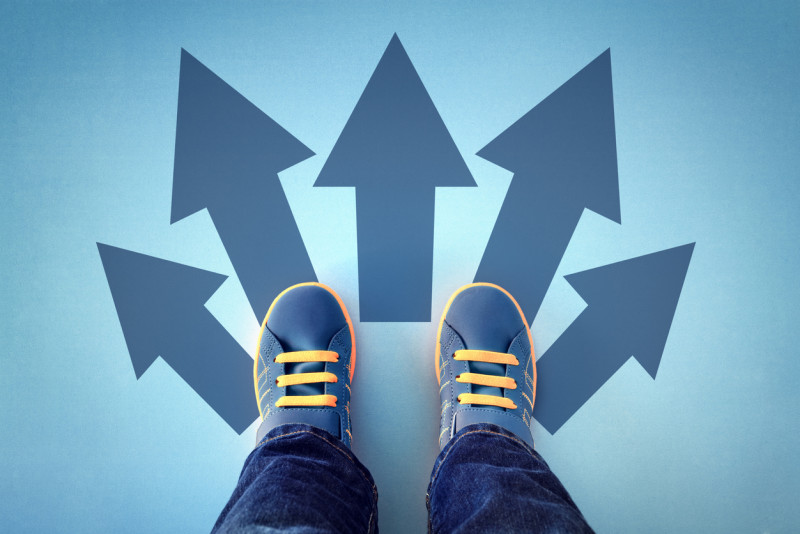 Never mind the virus...there is a dangerous syndrome about. It begins to manifest among parents of Year 4 pupils, usually fairly benignly, but quickly gaining virulence before hitting its height in Year 5.

The name of this devastating syndrome?

"There’s Only One Good School" (or as we at WhichSchoolAdvisor.com like to call it... "TOOGS"!)

TOOGS is easy to spot by the furrowed brows at school pickup, and the imploring postings for advice on tutors on forums.  TOOGS is resistant to reason and analysis, as it appears to be rooted in that part of the psyche which specialises in delivering our very worst fears and anxieties.

But maybe there’s another way to confront it. How about speaking to the victims who’ve been through it and have come out the other side.  What do they have to say?

WhichSchoolAdvisor.com spoke to a parent of two adult children with completely different experiences of TOOGS.

"Our first child was highly academic, focused and serious about their studies so it was clear at that time which was the right school for them. The application process was relatively straightforward and we resisted the urge (almost wholly followed by our friends and acquaintances) to tutor for the test.

"It was the right place for them, they were pushed and encouraged academically as well as enjoying a full school life with activities and friends.  Our first child was accepted to a world-class university where they thrived on their first choice of course.  They’ve subsequently gone on to early career success, and as far as any parent can tell appear to be happy with where they are in life.

"When it came to our second child, we didn’t even consider an alternative.  Both children had gone to the same primary school and achieved consistently to a high level.

"Sadly, it quickly became clear that our second child’s experience was in marked contrast to our first. He struggled academically (although he is equally intelligent) but found it much more difficult to settle into the school.

"As parents, we trusted the school to deliver for our second child as they had done for our first. But as the years progressed, it became increasingly evident that our child wasn’t happy and wasn’t in the right environment.  Eventually, we took the painful decision to withdraw our second child and to send them to a school back in our home country.  As parents we were determined to find the right school for our child and spent a lot of time and energy locating this school.

"Once they started it became evident immediately that this time he was in the right school for him. As well as offering a strong academic focus there was a nurturing element and a celebration of individuality that was immediately appealing.

Our second child thrived but had to undergo a period of healing following their experience in the UAE.

Their confidence was gradually rebuilt and they went on to do extremely well academically, but more importantly found an environment where they were appreciated and cared for.

"All is clear with the luxury of hindsight but as parents we wish we had done the due diligence in Years 5 & 6 that we were forced to do when things went wrong. We would encourage every parent to do that work for their child at such a crucial juncture in their education."

The experience outlined above is not uncommon. At WhichSchoolAdvisor.com we are regularly asked by parents "Which is the best school in...?"  We always respond "that this is the wrong question". It should be, "what is the best school for my child?"

The first port of call should be the primary school that your child is attending. Speak to their teacher and the Head of Year 6 for guidance and advice.

But there’s another key individual in the frame, namely your child.  Ask them how they feel about the move to Big School. Do they just want to go with their friends?  Have they been exposed to the other schools?

Why not give you and your child the opportunity to look at the options?

There has been a huge number of new and very successful schools launched in the UAE over the last fifteen years.  So whether it’s academics, the arts, sport that is you/your child’s focus, or a combination of all of these, there is choice available to you as a parent.

The moral of the story is that you shouldn’t fall prey to the hysteria (or the TOOGS!) that sweeps through town during Years 4, 5 & 6 and that you should trust your instincts, the advice of your primary school and a bit of research.

The number one issue here is that you have a happy child, and you as parents will be able to tell that.  Trust yourselves... and good luck!