A new WhichSchoolAdvisor.com parent survey highlights just how well, and how little parents in the UAE really understand about their child’s online-life.
Survey: Children, Social Media and Technology
By C Hoppe 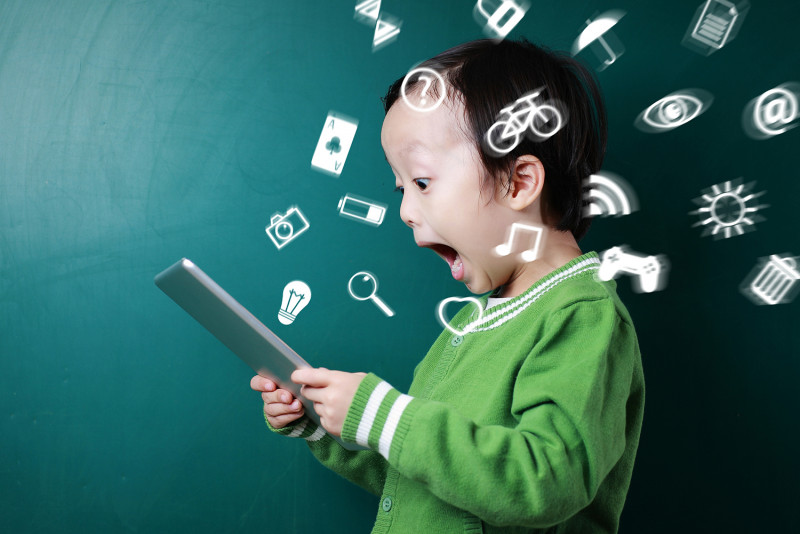 According to a new WhichSchoolAdvisor.com parent survey a large number of parents are reacting to the unknowable and unknown nature of their child's online life by wanting to delay its start for as long as possible... At the same time however many parents are not confident a blanket ban on smartphones and social media is possible or even effective...

The data shows that men are stronger advocates of children having earlier social media access with over 62 percent of fathers believing access is acceptable from 12 years old, compared with less than half of all mothers who responded.

A full 50 percent of parents with children in British schools think their child should be able to set up social media accounts between the ages of 10 and 13, however, those with children in Indian curriculum schools disagree, with only 14 percent saying under 13 years is appropriate.

In fact, it’s not until sometime after their child’s 15th birthday that the majority (71.4 percent) of Indian curriculum parents think social media should be allowed. However that is not necessarily the best policy say some educators, who think guidance and instruction will ultimately have a better pay off in the longer term.

“It is better to make children aware of the safety and security of cyber usage than to restrict their use of technology. I personally feel a 15-year-old child maybe more sensible and cautious in using the net than a 40-year-old man. Social media is not only about collecting likes and followers it’s about connecting to make a difference.” Asma Gilani, principal at Our Own English High School Girls, Sharjah.

Most social media platforms don’t actually allow children under 13 to access their sites. however some 17 percent of the UAE’s parents are either unaware, or do not feel it necessary to enforce those requirements. Overall however, 82 percent of all respondents said they would wait until the child is at least 13 years-old and within the age range for legally opening a social media account. That said 32.6 percent said they would wait until sometime AFTER the child’s 15th birthday before allowing any access to Social Media.

“Unfortunately, the ages are going down and down and only going to drop; amazingly you see young children in pushchairs playing with smart phones... I don't think we can simply place an arbitrary age to when social media is appropriate, it’s much more about maturity, responsibility and understanding the consequences of misusing the device in their hands,” Clive Pierrepont, director of communications, Taaleem.

Smart Phone Access
The UAE’s parents feel similarly about smart phone use, with 40 percent saying children should wait until after their 15th birthday to have a smart phone.

Over 45 percent of respondents said they thought children should have a smart phone sometime between the ages of 12 and 15 years-old.

Monitoring Online Activity
Over half of parents who responded to the WhichSchoolAdvisor.com survey reported they run ‘random checks’ of what their children access online, while 43 percent said they check regularly, and over a third (34 percent) state they have implemented software controls and filters on their devices.

Over 50 percent said they have given general guidance to their child and ‘trust’ them to behave responsibly.

However, experts continually state that ‘having the talk’ is simply not enough. Dialogue needs to start early be open and ongoing. At the very least, parents need to maintain dialogue on new app/social media developments, any suspicious online interactions the child may have experienced and continually keep expanding on the age-appropriate discussion as the child grows.

Forty-three percent of parents in our survey said they check their child’s browsing history, yet statistics show children are often more savvy than their parents.

In the WSA survey we asked, “Are your children more technology literate than you are?” Almost three-quarters of parents believe they are more advanced than their children.

Parents in UK curriculum schools are more confident in their online capabilities than those in the Indian curriculum, with almost 80 percent believing they know more than their children.

Indian school parents might be more realistic on this, with 43 percent stating that their child actually knows more than they do.

Asma Gilani who is both a parent and principal at Our Own English High School Girls, Sharjah, agrees, “though parents are online, they are certainly not ‘more savvy.’

That sentiment is backed up by research. A report by UK based Ofcom back in 2014, demonstrated that while parents continue to ‘think’ they know more, millennials actually have a significantly higher digital literacy, which peaks between the ages of 14 and 15 years old.

So although the UAE’s parents might think they have the upper hand when it comes to controlling their child’s online activity, it’s likely their children are actually significantly more savvy online than they can imagine.

And possibly the most worrying data is that a further five percent of UAE parents surveyed by WhichSchoolAdvisor.com agreed with the statement, "in reality, I have no idea what my children sees or does online".

‘Once a new technology rolls over you , if you are not part of the steam roller ,you are part of the road.' – Stewart Brand.

The Perceived Benefits of Device Use
When asked, “do you think internet devices like smartphones and computers have helped or hindered your child's social skills and personal development?” Thirty-four percent of parents believe devices have been more of a hindrance than a help.

And, it’s easy to see why. A recent report found clear links between device use, social media use and mental health issues.

The report found that only 12 percent of children who spend zero time on social networking websites have symptoms of mental ill-health, yet for those using social media for more than three hours per day, the figure rose to 27 percent.

The same report noted that while social media, “may provide an additional way to connect with others and form relationships”, parents also need to remember these sites are also “a source of social comparison, cyber bullying and isolation”.

Interestingly the older the respondents to our survey, the more confident they were of technology's benefits.

Cyberbullying: The Numbers
When asked if there was a problem with bullying through social media at their child’s school, over one third of parents in the WhichSchoolAdvisor.com survey (37 percent) said they were aware of some form of bullying.

“We have some of the most robust anti-bullying cyber laws in the world here, and they apply to everyone...At DBS we make sure our students are aware of the consequences if they make derogatory or anti-social comments about people or organisations...and these are severe,” Clive Pierrepont, director of communications at Taaleem.

Interestingly, of the 12 percent who answered, “yes, very much so,” to the question, all were women. Fathers are less likely to see bullying as a problem online.

When respondents were asked if their own child had personally experienced any form of online bullying, just over 6 percent said yes they had.

WhichSchoolAdvisor.com spoke to one teen who was bullied while at a popular Dubai school, who said, "the bullying always takes place outside of school hours... it involves spreading rumours, crude pictures and/or mean comments on Facebook or other Social Media.

“Twitter and FB make it so easy to create a fake account or hack into someone else's account; this is usually by tricking passwords out of others or even simply stealing their phone.

“I was lucky, I told my mum and dad and they went to the school and it was resolved, but I know lots of others who feel embarrassed and don’t want to tell anyone about it, so the bullying just continues".

School - The Safe Space?
We asked parents, “what, if any, restrictions are placed upon smart phone usage during school hours?” Almost half of all parents (47 percent) said, “no access at all.”

Twenty-two percent said just at lunch and breaks, and a further 30 percent said phones are just for emergencies.

Interestingly, far more parents at Indian curriculum schools (85 percent) thought children should have phones in school for use either at breaks or in emergencies.

Asma Gilani principal at Our Own English High School Girls, Sharjah, explains: “Indian children are involved in many extra-curricular activities apart from academics. After regular school hours they attend music, sports or tutorial classes to enhance their skills. Fortunately, Indian parents are very involved in their children’s lives. Hence, working parents prefer to be in touch with their children to monitor their movement. However, if a school has robust communication systems in place, parents or child can connect anytime through school during working hours.”

It would seem that many parents are relying on the school to police their child’s internet use, with 41 percent of parents believing the schools blocks access to certain websites. A further 54 percent have no idea if the school does indeed monitor and block specific sites.

According to WhichSchoolAdvisor.com’s Lyn Soppelsa, “schools are responsible for both the online and device policy and safeguards within the school campus.

“They must decide which sites cannot be accessed via the school's server or Wi-Fi, and then ensure all student access to school server or Wi-Fi requires a full student id to login,” she says.

“Of course, if a child is using external 3 and 4 G internet access, the school cannot control what they see, so this is when the school's device policy comes into play,” she says.

Again, when we asked, “Is your child's school able to effectively control and enforce internet usage policies?”, a substantial majority (80 percent) of the WhichSchoolAdvisor.com survey respondents said they thought their school did indeed effectively control usage.

However that does still leave one in five parents worried the less savoury elements of the online world can infiltrate even into the safe space of our schools...

Our Own English High School for Girls SharjahTaaleem