Who says there's no such thing as affordable British schools in Dubai? Spurred on by concerns about the impact of Covid, stagnant salaries or job losses... WhichSchoolAdvisor.com has updated our hugely popular Affordable Schools story. Find out which Dubai schools have surprisingly good ratings, feedback and results, and none of which will 'break the bank!'
20 Affordable British Schools In Dubai
By C Hoppe 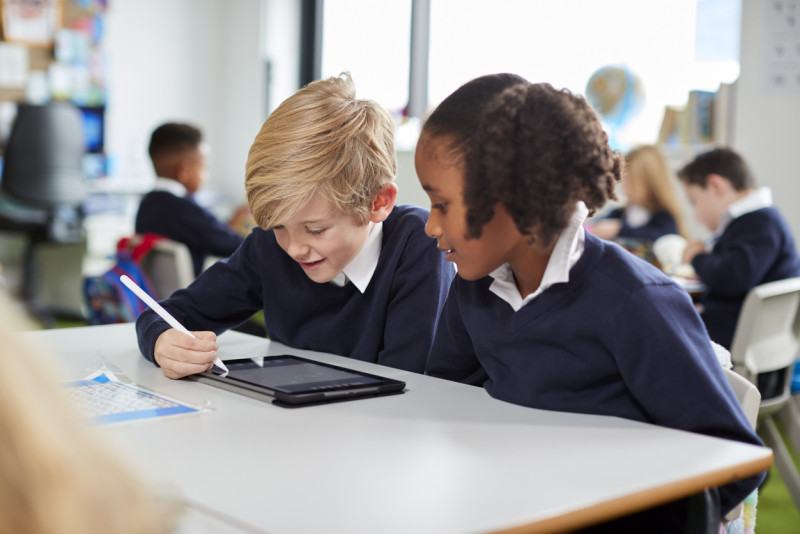 First the good news, there are affordable British schools in Dubai and some are really rather good. WhichSchoolAdvisor.com isn't alone in believing this, the KHDA thinks so too!

There are a small number of schools that were not inspected in the 2019-20 academic year due to foreshortening of the inspection process as a result of Covid 19 school closures.  We have, therefore, included the last inspection report as the basis for our review.

At the outset, we need to say that what is Affordable to one family may be less so to another.  The range of fees that we have included in the Affordable category range from starting fees in FS1 of AED 6,415 per year at their lowest, to AED 26,500 at their highest, and for Year 13 from AED 10,888 to AED 42,500.

With such a wide range, it is important parents consider what the trade off for lower fees will be. Class sizes are likely to be on the higher side (closer to 30 than 20) and the ratio of teachers to students is also likely to be on the higher end - 1:15 rather than the 1:8 or 1:10 found in more costly schools. There is also no escaping the reality that less expensive schools will usually have fewer facilities. You can't expect planetariums and Olympic sized swimming pools if you don't want to pay for them.

Parents need to be reasonable and to decide what they can and can't live without before assessing any affordable British school in Dubai.

There are however some necessities: You should expect outdoor play areas and sports facilities within any school. You should also - in this technological time and particularly in light of the impact of Covid 19 and the Distance Learning that has been implemented in Dubai schools as a result - expect schools to have adequate Information Technology infrastructure and the teaching skills to deliver such a programme.

Our table shows the results of the KHDA's Distance Learning Evaluation  - further details can be found here.

Happily, the vast majority of schools on our Affordable schools list received the highest 'Developed' rating. As we would also expect of a Good school, none was rated Not Developed.

As many of the less expensive schools are 'older' and have retained their Good rating in many instances for a number of years, the implementation of the Education Cost Index (ECI) which is linked to school improvement as well as the overall cost of living index, has meant they have been unable to increase their fees significantly, whereas the newer kids-on-the-block have tended to open at a higher fee level. This means that while you are getting an institution with an established, and often respected culture and a long list of alumni, it is also likely to be in older buildings, with older facilities and equipment, and often located in the older, more congested parts of the emirate.

Having said that, we have been able to include a few of the newer more affordable schools that have opened in the past three to five years in recognition of the changing dynamic of the market.  There is no doubt that GEMS in particular led the way in this context.  However, it is not reasonable to expect a newer school, constructed from scratch on a plot of land in the newer areas of the city to be able, from a fee perspective, to match the older, established schools in the city centres who will be paying significantly lower rents.  This is one of the trade offs.

Many 'more affordable' schools also trade off lower fees with fewer subjects offered for IGCSEs and A' Levels, so if your child is planning Mandarin and Theatre Studies post 16, again, expect to be disappointed by what's on offer.

We have also found that the older established schools, despite anecdotally good public examination performance, are the least inclined to share the details of their results with parents.

It is also something of a fallacy that good quality British education requires British teachers to deliver it. Don't just take our word for it, check the ratings awarded by the KHDA who recognise good teaching wherever it takes place, regardless of nationality.

Whilst the majority of schools on our list are rated Good by the KHDA, you will also find some schools rated Acceptable here. We include these schools because some schools may be rated as acceptable overall, perhaps as a result of criteria important to the KHDA that may be not as relevant to you. In addition, if your child is looking for Secondary or Post 16 education, and it is the Foundation Stage of a school that has held it back, then only its highly rated senior school is likely to be of interest to you.

You will also find two schools - including the least costly  affordable one in the city on our list - that are rated Very Good.

We have also added one or two schools that have not been rated at all by the KHDA yet. These are schools that either have an immediate connection to an existing school on our list or are part of the same group, and we would expect that the quality standards will be similar to the original.

Finally, we have included within our detailed reviews as much Parent feedback, both from the KHDA pre-inspection and our own School Surveys, together with Student feedback, and our own View of each school, to provide as rounded a picture as possible.

This is our list of the 20 most Affordable Good (or even Very Good) Schools.  Each is summarised by fee range on the following pages. You will find links to our detailed reviews at the end of each summary.