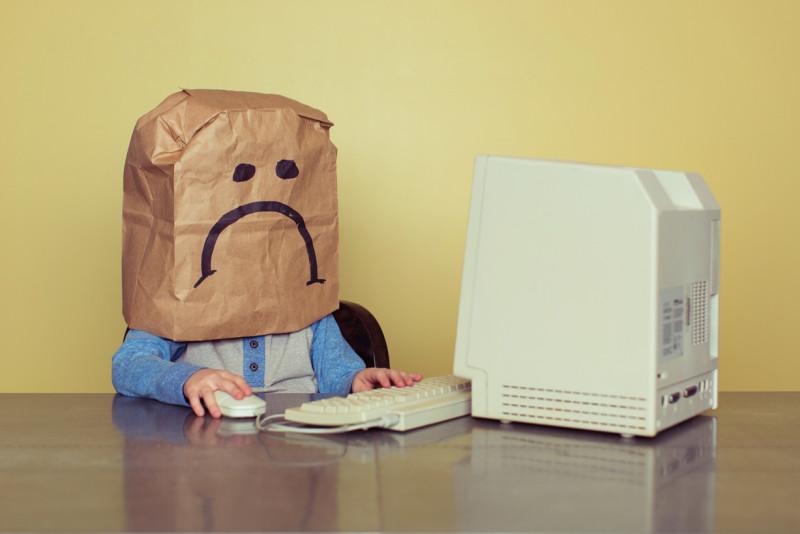 This month, from London to Laos, and Delhi to Dubai, it's Bullying Prevention Awareness Month. In recognition thousands of schools, universities and community centres around the globe are coming together to raise awareness on the effects of bullying.

In recognition of the event, WhichSchoolAdvisor.com decided to ask online experts in child safety- ICDL Arabia more about the signs and effects of cyberbullying.

First of all, what is cyberbullying?

ICDL Arabia defines cyber bullying as, “the use of threatening or mean language on social media platforms, chat rooms, or any other means of information technology to purposely harass or emotionally hurt a single person or a group of people.”

Based on this definition, two things must take place for something to be labelled as ‘cyberbullying’:

The harassment happens through any electronic device or online platform

How is cyberbullying different from traditional forms of bullying?

Aside from the fact that the bullying happens virtually, there are several differences to point out. (You can read more about the differences in detail in an article entitled, '5 Differences between Cyber Bullying and Traditional Bullying.')

The first is anonymity. We are no longer at a time and place where the bully is someone who picks on someone physically weaker than he/she is. Those stereotypes are obsolete now, because as long as someone has access to an electronic device, a bully can harass someone and a victim can find something offensive about them online, anytime and anyplace.

On top of that, because teenagers spend most of their free time online, cyberbullying effects are more detrimental to one’s social life. If a cyberbully posts something nasty on social media, for example, he/she exposed the victim in front of all their connections.

Furthermore, most people don’t actually stop cyberbullying when they see it. If someone saw a bully pushing someone around and/or doing physical harm to someone, it is likely that they would do something to stop it. The Internet’s culture is different in that people tend to be ‘bystanders.’ You can read more about that term in this article.

Ultimately, cyberbullying is different from traditional bullying because the Internet is still relatively new and we’re still experimenting with ways to prevent it and to stop it in its tracks.

How can I tell if my child is being cyberbullied?

There are definitely some noticeable things to watch out for. Of course, it’s fundamental that you observe your child’s online behavior, or lack thereof. If your kid spends a significantly less amount of time on their phone and notice that they aren’t being themselves, chances are there’s something wrong.

Cyberbullying can impact their offline behavior, too. If you sense a change in their diet, sleeping patterns and/or grades, that might be something worth pointing out to them.

Wanting to be left in their room and avoiding social situations are tell-tale signs, as well – especially if they’re normally active.

How should I approach my child if I suspect they are being cyberbullied?

First and foremost, do not tell your child to ignore it; this is a common misconception. While it is important to help them avoid future cyberbullying attacks by not responding to the bully, you want to give your child the impression that you support them and that you’re going to do something about this together.

Second, don’t criticise your child for not having told you earlier, or how they handled things online; that could be for another conversation when you aren’t talking about cyberbullying. Instead, empathise with your child and let them know that you’re glad they let you know.

One recommended method is to bring up a story or article you have read about the subject. You could strike up a conversation with your child about how the younger generation uses technology differently than your generation. You can easily transition to a conversation about cyberbullying this way without making them feel uncomfortable.

Not only does this allow them to be more open with you about their experiences, but it also gives you an opportunity to learn from them about how they use technology in general. It also keeps the subject in their mind if there is something wrong. It doesn’t push them while also letting you know you’re there for them.

How should I react if my child approaches me?

Piggybacking off the previous question, it’s important to approach the situation without overreacting. Remember that your child needs to know that you feel comfortable listening to them just as much as they feel comfortable talking to you.

Understand the situation first. Then make suggestions on what you can do together. Let your child know that they are not alone and that they’re going to be okay.

Also, note that it’s not always best to take action immediately. Unless you feel your child has been traumatised, learn about the extent of the cyberbullying issue and then reflect on the information your child told you.

Be sure to save screen shots for evidence and report it to the proper authorities.

How do I report a cyberbullying incident?

Cyberbullying violates the terms of service on every main social media site. In fact, most of the major platforms have ‘Report Abuse’ buttons and Safety Centers.

If you have trouble finding a button, or if they send you a text message, Google the social media platform on which the cyberbullying incident occurred along with ‘safety center’ or ‘report abuse’ (e.g. “Facebook safety center”, “Twitter report abuse”).

Not every incident gets deleted, though. So be sure to help your child block users and change their privacy settings to control who can contact them in the future. (Quite a few social media sites actually have quality filters now so that your child can avoid seeing unwanted content on their profiles.)

If the cyberbullying gets too out of control, save the evidence (by taking screenshots) and report all cases to the police.

How do I prepare myself for any questions that my child might ask about cyberbullying?

You can Google this information, look up certain hashtags related to cyberbullying (hint: it’s #BullyingPreventionMonth this month), and even refer to the several websites that provide tips for how to protect children from cyberbullying.

There are also two 24/7 nationwide hotlines (800 988 / 116 111) you and your children can use if you have any questions or concerns related to cyberbullying.

Overall, tackling the issue of cyberbullying is about taking action. Keep learning with your child and have more open dialogues with them to promote a safer online environment for them. If you do these things, you’ll be in the minority. Let’s make that a majority in the UAE.

ABOUT THE AUTHOR:
Romi Ezzo is the lead copywriter at Online Sense, a non-profit organization aimed to educate and communicate with parents, teenagers, and teachers about cyber safety. These topics include, but aren’t limited to: cyber bullying, online addiction, cyber exploitation, and online radicalization. Follow O.S. on Facebook and Twitter to make better sense on the online world.