Fussy Eaters - Can They Really Love Vegetables?
By C Hoppe 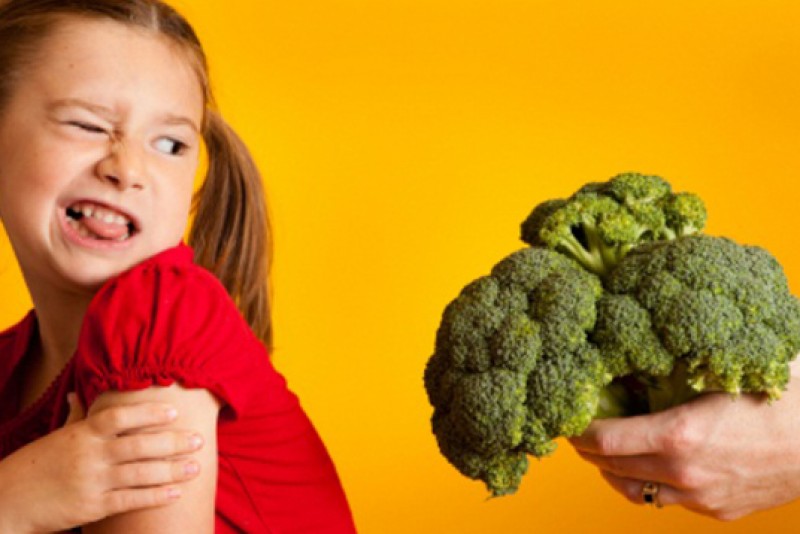 The statistics are alarming, the UAE is currently ranked number 7 on the Global Health Scale of 177 countries. A third of children in the UAE are over-weight or obese, (this now means the UAE has officially superceded the US in childhood obesity levels). As if that weren't enough, there's a shocking 150 new cases of diabetes diagnosed each day, with doctors noting that patients are getting significantly younger, some an astonishing six or seven years old with many being diagnosed with type 2 diabetes.

Sugary drinks and sweets add to a child's burden of ill-health. World Health Organisation statistics from 2010 found that more than 50 per cent of five-year-old children in the UAE had four or more decayed, missing or filled teeth. Only 17 per cent were decay free.

But, as Dubai based nutritionist Rashi Chowdhary points out, there's little hope of change unless government policy can address how children eat and develop relationships with food in the home. With UAE figures currently sitting at 66 percent of males and 60 percent of females overweight or obese, there is little optimism that children have the right role models at home.

The UK's Millennium Cohort Study found that a child's likelihood of obesity at 11 years old increased significantly if their mother was overweight or if both or either parent did not have tertiary education.

Why Do So Many Children Refuse To Eat Healthy Foods?

According to Dubai based nutritionist Rashi Chowdhary, there are usually legitimate reasons for picky eaters, children don't in general do it to torment you as a parent. And, by taking the time to understand the reasoning behind a child's eating habits parents can observe positive progress and can eventually expect to see the child to eat a wider variety of nutrients.

Patrick Mustain writing in the Scientific American notes that the problem lies not with children's dislike of vegetables, but the fact that many children have not developed a palate. He attributes this phenomenon to modern food marketing and the invention of 'kid friendly' foods, which are not only high in sugar and fat, but often come with 'entertaining' colours, shapes or added gifts, fed from infancy on wards.

He explains that infants naturally put everything in their mouths- friend or foe. To protect the child evolution has ensured that the majority of toxins taste bitter. Naturally young children distrust the taste of bitterness through a reflex called Neophobia. Previous generations were rarely even aware of this reflex as they fed the child the same home cooked meals they ate themselves, thus developing a diverse palate within the child.

Fast forward to the twenty first century and things have changed. Many children have never overcome Neophobia thanks to a diet of processed, sweetened, coloured 'kiddie food.' So when these children do come into contact with natural less sweet foods their neophobia reflex immediately activates and they refuse to eat.

Essentially he blames modern food marketeers and then way parents have come to consume these 'products.' The proliferation of junk food and food as' entertainment,' quoting Nutritional Director Debrah Appel, “we've created this expectation that this is what kids eat. Kids used to eat what adults ate. . . . Sure, kids like fun things, but now we have this expectation that meals should be entertainment. It’s fine to do that sometimes, but if it always needs to be that way you’re setting an expectation and then a normal meal is a harder sell.”

Mustain goes on to say, "the idea of 'kid foods' versus 'adult foods,' is the crux of this issue. Researchers in Britain and Canada conducted focus-groups to understand children’s perception of food. They identified a distinct 'kids’ food culture.' Children tended to understand that 'kid food' was fun and exciting, tended to be processed, high in sugar, or in many of the subjects’ own words: 'Junk food!'"

Rashi believes after the age of two, fussy eaters can often be attempting to exert authority or control over their parents and not entirely because they dislike the food. However, many parents can't bear hearing the continual "no" and often stop trying after the first 2-3 times.

1. Serve boring vegetables. Steamed or sauteed veggies are a complete failure with most kids.

Instead think about adding caramelized onions, garlic butter,cheese sauce, ranch dressing or nut butters to to a portion of veggies. This totally improves its kid appeal. Also, my favorite fact about this is that the minute you add some good fat to veggies it helps unlock their fat soluble nutrients. This instant boosts your child's intake of Vitamin A, D, E and K.

2.Most children have access to too many sugar loaded drinks: Not only do these have around 9-10 teaspoons of sugar per can but they are a major contributor to type 2 diabetes. Cut the Coke and encourage water. If they really hate it, try fun bottles or adding fresh fruit flavours for variety.

In conclusion Kathryn Henderson, PhD, Director of School and Community Initiatives at the Yale Rudd Center for Food Policy & Obesity notes that we only have ourselves to blame for our fussy eating children. As sadly, it's us as parents who have created the expectation of what our children today eat.

She says, ”kids used to eat what adults ate. . . . Sure, kids like fun things, but now we have this expectation that meals should be entertainment. It’s fine to do that sometimes, but if it always needs to be that way you’re setting an expectation and then a normal meal is a harder sell.”