Dr Jon Cox has been Headmaster of the Royal Grammar School Guilford in the UK since 2007. A highly successful school, RGS Guildford is one of the most prestigious private schools in the country. In September 2021, sister school the Royal Grammar School Guildford Dubai will open in the brand new Tilal Al Ghaf development. We caught up with Dr Cox during a whistle stop visit to Dubai.
Interview: Dr Jon Cox of RGS Guildford, UK
By Jenny Mollon 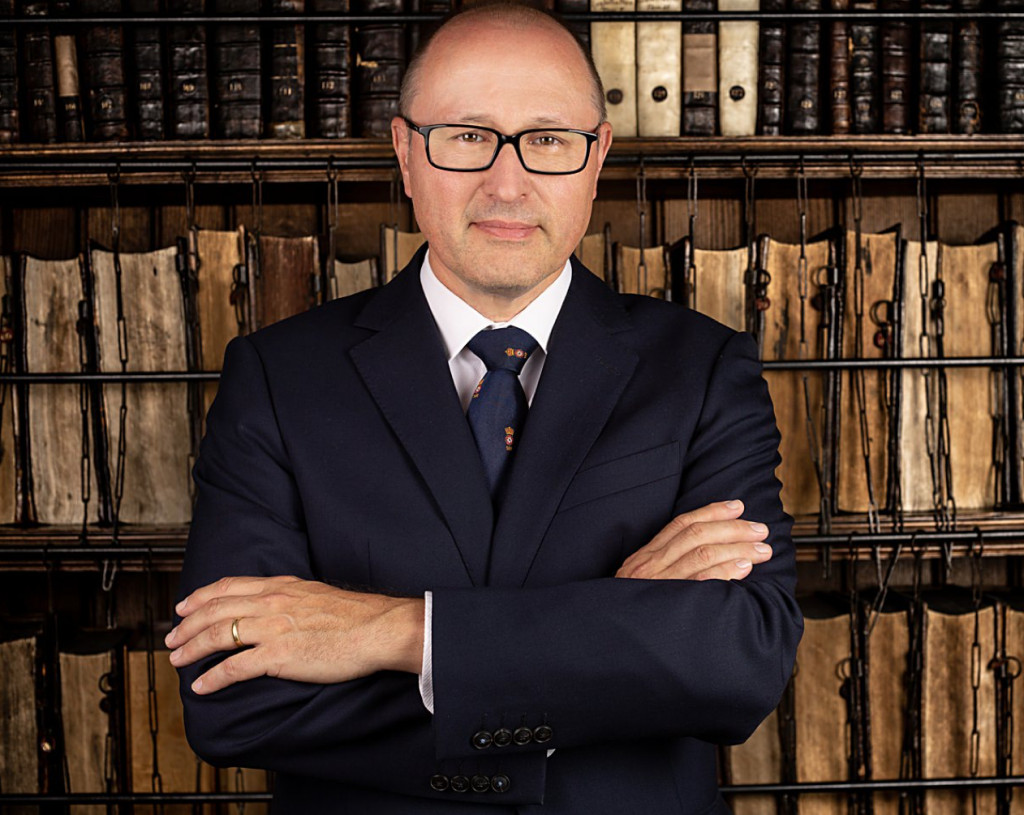 Dr Jon Cox, the engaging and energetic Head Master of the Royal Grammar School Guildford, is key to understanding the intentions and ambitions of sister school, the Royal Grammar School Guildford, in Dubai. We spoke to Dr Cox to learn more about the UK and Dubai schools, and how the two will work together to create a cohesive, recognisable 'RGS education' here and in the UK. We began by asking Dr Cox how he would describe the original RGS Guildford.

Gosh, it’s really hard to sum it up in just one phrase!

What we are trying to do at the RGS is prepare young people for the test of life, not a life of tests. That means all those things that they are going to need to know as well as excellent learning habits, like being able to think critically, being independent and creative of thought, being organised, being self-motivated and being able to work as part of a team.

Our school gives our young people a chance to get things wrong. We call it tenacity, but whatever you want to call it, persistence, resilience, tenacity...it’s really unbelievably important. I think if a school like ours can give young people the space to get things wrong, to take risks, particularly from an academic point of view, they will be prepared for life in the future far better.

I suppose then if I really had to say it in one phrase, what we do at the RGS is prepare young people effectively for the future. When I joined the RGS 15 years ago, the school was probably known as an exam factory, we really were focussed on academic excellence. Over the last ten years we have had the courage to put the academic excellence to one side and focus on the other side, those important skills that I talked about before. The funny thing is, as a result of focussing on the skills, the academic excellence is as good, if not better than before!

Is there a department or programme that you feel the RGS is particularly well known for?

If I had to select one department, I would say STEM or Maths…I genuinely think we have the best Maths teachers of any school in the UK. They will take risks, they will excite young people and that is what matters. If you want to learn, you need to go to school and enjoy yourself. Because if you don’t enjoy yourself, you won’t learn much, it will be a drudge and that can be so challenging for bright young people.

That said, we are fortunate to have sensational teachers in every department. All our teachers are encouraged to conduct their own pedagogical research. That creates a really thriving research led teaching body. It’s important to me that RGS teachers have the confidence to take their students off the syllabus! When I teach (the best part of every week!) I teach half a lesson on what they need to know for their exams and for the other half we go off on tangents and get students thinking and really challenge them. That is far better preparation for exams than just sitting and working through the syllabus.

I have been with the RGS for 15 years and I never drive in to school thinking “oh, I’ve got to go to work”! Every day I think “this is the best school ever!”. I am so lucky.

2020 has been a challenging year for everyone working in Education. What have been the biggest challenges at the RGS?

We had to learn how to teach remotely in the space of five days. That was a challenge! I’d say we went from zero to reasonably confident in that time. When I look back now, I think “what a great example to young people” because if we as teaching staff can radically change the way we do things, so fast, anyone can. Of course, we did what we did because of a particular need, but it’s given us the ability to completely change the way we teach.

In the UK, the whole of the summer term was remote, but for RGS students almost every lesson was the same. When we reviewed our students progress at the end of the term, they had in fact made more progress that we would have expected! The whole process has given us huge confidence for our international schools because we know exactly how our UK school will interact with them…There’s no fear now, I’m quite happy to set up a webcam and just teach students thousands of miles away and, wow – how great is that? It makes the world a smaller place. We really are at an extraordinary new phase in education.

How did you get in to education?

I loved school, but I was never going to be a teacher. I was going to be a professional musician! I did a science degree and then I went to the Royal College of Music for a postgraduate year. After that, I had a desire to do more science, so I went back and did a PHD, but I was always thinking of being a classical musician.

My sister is a teacher. At the end of my PHD, I was wondering what to do next and she threw me a copy of The Times Education supplement saying “just have a look”. There was a job at Whitgift School in South Croydon, they were looking for a biologist. I applied, thinking I was only going to do it for a year, just while I worked out what I wanted to do with my life! Two weeks in I phoned my mother and said “this is sensational! I love it!”. I genuinely loved being around young people, being in a class and being in that really sparky environment. I was hooked. I stayed at Whitgift for a long time before moving to the RGS. What a privilege! I have got the best job ever.

What is your vision for all of the RGS Schools?

What I want is for our international schools to have at their heart, exactly what we do at the RGS Guildford. I am really proud of the ethos we have created. When I hold the first assembly for students joining the RGS, I say to them “listen guys, I have got three expectations of you as RGS students…kindness, kindness and kindness”. That is the most important thing. If you have got a community where young people are treating each other well, you are ahead.

How would you describe your leadership style?

“It’s empowering. That’s what it is…empowering. Jon has such a strong vision, that he gets the people that he wants in his team and then says “I trust you, go be brilliant”. He doesn’t constrain you. I have been very open about the fact that one of the reasons I am here in Dubai is that I want to continue working for Jon. I have walked away from a number of other jobs because I have thought, I don’t want to be working for someone who will be micromanaging me. Or someone who is not going to allow growth. Jon has his finger on the pulse of his school the whole time, but he empowers his team”.

Returning to Dr Cox, he has now collected his thoughts to answer our question and continues…

The thing about being a Head is that you can have all the vision, and other people to do it for you! I know it sounds a bit trite, but honestly, if you get the right people, like Clare, you trust them to do a great job. You don’t interfere. I think that is the example that we give to our students too.

I’ll give you a good example of this. Back in the UK, I have a got a fantastic Assistant Head for Teaching and Learning. She came up with an idea for peer group mentoring about four years ago. I was really quite suspicious of the whole idea…but she was really passionate about it! Well, we have an amazing mentoring system now. We’ve got sixth form boys who are doing academic and social mentoring for boys who are struggling a little bit further down the school. The interesting thing is, the boys who volunteer for that are often the ones who had problems themselves lower down the school, they know and understand what is what. Brilliant idea! And now I take all the credit! [Dr Cox laughs!]

Because we want it to be the best school, not just in the region but in the world. We have really high ambition for this school. At RGS Guildford Dubai, we want families to feel a sense of what we are doing at the RGS Guildford, and to feel connected. Because if they are part of that RGS family...it’s going to be a really exciting thing. We are going to have truly sensational teachers. This school is going to be everything that a parent wants for their children.