The KHDA recently released the school occupancy data for Dubai's schools, so WhichSchoolAdvisor.com crunched the numbers to find out which schools are the city's most popular...
Dubai's Most Oversubscribed Schools Revealed
By C Hoppe 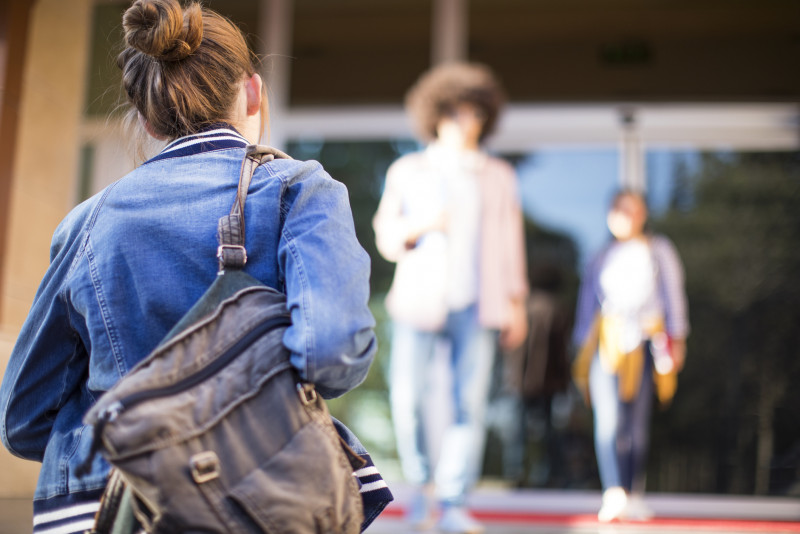 The KHDA has recently released collated data on the capacity of Dubai’s schools and, although the data covers the 2016/17 academic year, the figures are no less intriguing.

Although the KHDA releases overall data on curricula numbers, as well as the student numbers within each school in the Dubai School Inspection Bureau (DSIB) report, collated occupancy data has not been available, that is, until now!

Which curriculum has the highest occupancy levels? Which schools are Dubai’s most popular? WhichSchoolAdvisor.com finds out...

As expected, in 2016/17 the top-rated schools across all curricula have strong student numbers, with all Outstanding rated schools with 94% or more of their seats filled - with the exception of Repton which had 83% of seats utilised, and the Lycee Georges Pompidou Oud Metha branch with 66% filled.

According to the data, several Outstanding schools were running with over their intended student count with The Indian High School 132% over capacity, representing a staggering 1,377 extra students. Dubai English Speaking College (DESC) had 95 additional students, GEMS Modern had 76, and GEMS Wellington International school had 67 additional students.

Of the seven schools rated Very Good in 2016/17, all had between 90%  and 99% of seats filled with the exception of Deira International School with 89%.

Good rated schools also performed well with the majority operating at 80% plus of capacity. Exceptions to this were GEMS Wellington Academy Al Khail (62%), Regent (64%) and Kings' School Nad Al Sheba had 60% of its seats filled.

At the other end of the scale, the Iranian Towheed School for Boys had a staggering 242% of its intended student numbers, the United International Private School 110% and the very successful Nord Anglia International School with 107% of planned headcount.

Occupancy in schools rated Acceptable by the KHDA in 2016/17, ranged from 23% of seats filled at the Iranian Towheed Girls School to 115% at the Grammar School.

In general, all UK schools rated Good or better were running at between 80 percent to 100 percent occupancy. The exceptions to this were, Regent (priced at 92,482 AED for senior years) and Sunmarke, Kings’ Nad Al Sheba and GEMS Wellington Academy Al Khail, which all have lower occupancy rates ranging between 60 and 70 percent.

Some schools operate at levels which truly stand out. As noted, the William Deacon effect is very evident at the Grammar School, which is operating at 115% capacity - an outlier for a Acceptable rated school and proof its leader is really turning things around. The only other Acceptable rated school to be oversubscribed, by 8%, was GEMS Metropole.

Proving the UK curriculum is popular whatever the KHDA rating, Acceptable rated Al Sadiq Islamic English School had 99% of seats filled, while Arab Unity School had 91%, and GEMS Winchester 96%.

Across the UK curriculum nine schools were operating over capacity with Dovecote Green topping the list (at 133%), while Emirates International School and Dubai College operate just above 'capacity' at 101%.

The poorest performer in the UK curriculum was Star International Mirdif with 67 percent of seats filled.

Dubai has several perennial UK curriculum favourites, which given their low fees and impressive results, are notoriously difficult to get into.

Across the pure IB curriculum schools, only one was operating at 100% capacity, Emirates International School Meadows (with fees of 80,000 AED or senior years).

The remaining eight schools ranged from 48% of seats filled at JBS to 97% at Outstanding rated Dubai International Academy. GEMS International School Al Khail sat in the middle at 62% occupancy.

Schools offering the IB curricula/IB diploma are some of the most expensive in the UAE. However, Dubai's two most costly offerings (at the time of data collection), had lower occupancy rates than many of their UK curriculum counterparts.

Repton (IB/UK), which charged parents 120,000 AED for its senior years, had occupancy levels of 83%. Repton has since announced it is reducing its fees. Similarly GEMS World Academy commands fees of 111,000 AED for senior years and had an occupancy of 85%.

Other IB schools with lower percentages of seats filled include Uptown (87,000 AED for senior years) with an occupancy of 60%, Greenfield Community School (79,000 AED for Grade 12) with 63% of seats filled and JBS, which was operating at 48% of capacity in the 2016/17 academic year according to KHDA figures.

According to the KHDA's data French schools in general did very well in terms of occupancy in 2016/17 with the Good rated Lycee François International (55,781 AED for senior years) at 99% occupancy and the Lycee Libanais (51,614 AED for senior years and rated Very Good) and the Outstanding rated Lycee Francais Georges Pompidou Dubai Branch (top fees at 48,000 AED) both at 102% occupancy.

However, the newer International Concept or Education, (ICE) rated Good (77,000 AED) had 60% of its seats filled, while the Lycee Francais Georges Pompidou in Oud Metha had 66% occupancy.

The Dubai German School had 79% of seats filled.

Of the newer schools set to be inspected for the first time this year Dovecote Green had an impressive 133% capacity, Hartland International School was operating at 42% capacity, Ranches Primary School at 69%, St Mary’s Muhaisnah at 96%, Sunmarke (67%),while the relatively new DBS-Jumeirah Park operated at 28% capacity.

Newer schools in general fare less well, for obvious reasons, than more established counterparts. For many, this is simply linked to the fact that a) they are unknowns, and b) they are still adding additional years. Many only open up to Grade 4/Year 5 initially. Often this means these schools cannot hope to reach capacity for 5 or 6 years.

Most new schools sit between 40 and 60 percent, however there are some exceptions. These include GEMS Founders with an impressive 99% occupancy only two years post opening, while, at the other end, Manor Primary School had only obtained 34% of seats filled. Smart Vision opened at 8 percent of capacity.

The Not For Profit Schools

Dubai’s not for profit schools maintained their popularity achieving  99% of capacity or more.

Interestingly however, the Weak rated schools were still heavily subscribed with 80 to 94 percent occupancy. In fact, only one, the Gulf Model School had a significantly lower occupancy rate at 58%.

The KHDA noted in the 2016/17 Gulf Model School inspection report, “leadership of the school is weak. Governance, management, staffing and resources, self-evaluation and the school’s approach to continuous improvement are very weak. The school does not have sufficient teachers, resources, especially for younger children or technology.”

It would seem an Acceptable rating in many instances does not deter Indian parents, with seven of the ten schools in this category boasting 80 percent or more occupancy.

These schools highlight that in many ways that demand in this segment is still finely balanced with supply, and that older schools are able to hang onto their students as new schools come online.

Credence at the time had only completed its first inspection and Sabari its second. While Buds, although not new, but had gone through significant senior managerial changes.

Good or better rated Indian Schools range in size from 2,000 to 10,000 students and boast occupancy levels over 95 percent. The Indian High School Branch is the exception, with only 70%.

Exceptions to this are the two Ambassador schools, Primus and GEMS new Millennium, all of which offer parents a more intimate school experience, but with higher fees (11,000 AED to 40,000 AED).

Occupancy at these more expensive schools is generally lower, with Primus the highest (and cheapest) with 91% occupancy, while the Ambassador schools and GEMS New Millennium all have 82% to 86% of their seats filled.

Both Philippine schools are over subscribed with 110% and 123% occupancy, while the two hugely popular Choueifat schools had 92 and 94 percent occupancy.

The Russian School fared less well with only 45% of seats filled, while the Japanese School had 67%.