The tradition goes back to British boarding schools in the 1800s, and conjures up images of students in boater hats and blazers... The house system is far from being a relic of days gone by, however, and arguably has even greater relevance today in international schools...
House Systems: Outdated or Expat Essential?
By Susan Roberts 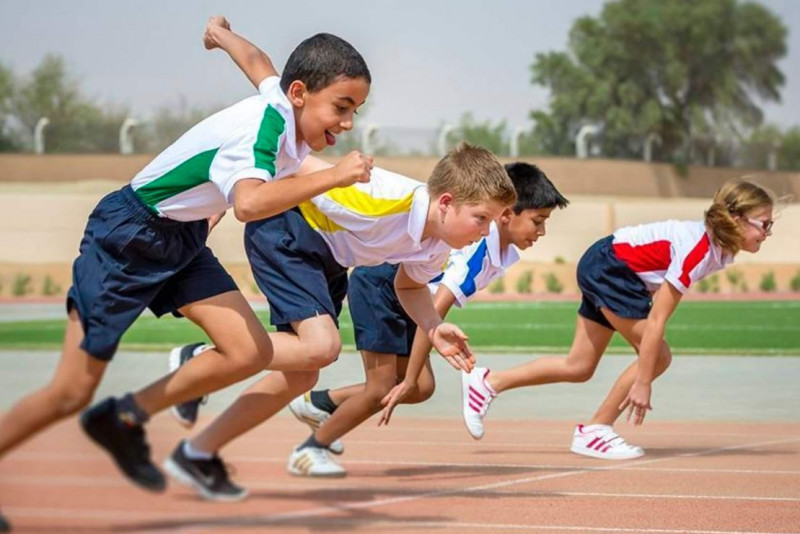 With origins in British boarding schools as far back as the 1800s, the house system conjures up old fashioned images of students in boater hats and blazers for many. This approach, however, is far from being a relic of days gone by, and arguably has particular relevance in international schools, whose expat students may be at risk of lacking a sense of belonging or connection. We explored this approach in UAE schools to find out more.

What is the house system?

The school house system originated in British boarding schools, where students literally lived in ‘houses’ on campus, with assigned House Masters and Mistresses. These house groupings provided a sense of community for students, who were living apart from their families. This practice took root in education systems internationally, and became familiar practice in the US, Australia, New Zealand, South Africa, Canada and beyond.

Back in the UK, it has extended beyond boarding schools to private day schools and state schools and is still widely practiced. In modern times, school ‘houses’ are largely conceptual groupings rather than a physical space, aimed to promote community, pastoral care and student leadership.

Which UAE schools use this system?

As you’d have likely guessed, this system is used in many British curriculum schools across the UAE, and is perhaps most evident in those with origins in the UK, such as Brighton College (Dubai, Abu Dhabi and Al Ain), Durham School Dubai and Kent College, in which the house system is considered a part of school heritage.

“Durham School Dubai has, from the outset, been determined to be an authentic representation of Durham School UK with all its tradition, rigour and values. Our house system at Durham Dubai also strengthens the bond with our ‘home’ school in the UK. The ‘twinning’ of houses opens up all sorts of opportunities for pupils of the same house in Dubai to communicate, collaborate and share in each other’s successes.”

Of course, not all British schools have centuries of British tradition behind them, and many schools select house names that provide insight into their character. Arcadia School injected a bit of modern fun into its house system, by using names from literary favourites: Potter, Baggins, Hood and Poppins. Arbor School’s houses are named after four prominent environmentalists; Attenborough, Ceesay, Yeang and Goodall, while GEMS Metropole have used the names of popular racing teams: Ferrari, Mercedes, Maclaren and Williams.

With its boarding school origins, the house system was designed to provide a family structure for children, with a designated adult in charge of each house, and senior students taking a leadership role in guiding those in younger year groups. Of course, it is not only children in boarding schools who require a system for pastoral care, and the house system has been used as an approach in other types of schools for this.

So how does this work in UAE schools? How does a more conceptual house system contribute to students receiving the support and care they need?

School leaders explained that by dividing a school into four 'houses', students can also feel less of being a small fish in a big pond, can feel more seen and known, and feel more familiar with pastoral leaders, who may become more approachable.

Victoria Shillingford, Assistant Headteacher at Brighton College Al Ain, highlighted that pastoral care does not only come from adults in the house system:

“The house system allows pupils to gain support and mentorship from their peers from different age groups. Through their own experiences, the older pupils are able to offer guidance, friendship and support to the younger pupils. The family and community atmosphere that we create through our house system contributes to the wellbeing of our pupils, as they feel a sense of belonging and commitment to the College.”

The effect of the house system in building a collective identity, according to school leaders, have a positive impact on the student sense of belonging. This, in an international context, can be viewed as being of particularly high priority.

"The transitional nature of an international student can mean that students can be moved around often and will need to develop resilience to help them adapt and settle quickly.  With this in mind, the sense of identity and belonging that a house system can offer is surely of great beneficence to the child."

How though, does the house system encourage a feeling of collective identity? Victoria Shillingford explained that the many social and inter house events at Brighton College foster a strong sense of fun, as well as a common aim from pupils from a shared house. Friendly competition and the experience of shared achievement in particular, she said, can create a bond that can be felt outside of these occasions.

Developing skills in leadership and enabling a strong sense of student agency is, school leaders say, one of the key benefits of the house system. Gemma Thornley shared:

"Students feel empowered to lead others and are afforded voice, choice and ownership of their school journey.  A house system done properly is student agency in action, where it becomes more that just about earning points at sports day but about enhancing the overall student experience."

"Our house system’s vertical organisation means that younger pupils mix with the older ones, and look up to them. In turn, our older pupils are encouraged to act as role models for the younger children taking responsibility for helping younger children. We believe that everyone benefits from this arrangement: in the primary school, pupils gain greater confidence and feel more supported and protected, while their older counterparts learn how to lead others and share what they already know and understand."

The research surrounding the implementation and impact of a house system within a school is lacking, particularly as the impact is dependent on the quality of implementation, rather than simply having a house system or not. What is apparent in the UAE is that this very British approach does appear popular in terms of school uptake and student enrolment. The relevance of this approach in modern schools, and in international schools particularly, is likewise clear.

"A house system is one way a school can team build a structure into the day to day that focuses on building relationships between staff, students and the wider community. This in turn can impact positively on school climate and culture, consequently increasing academic achievement."