Happiness in the UAE: Location Matters

Location really does matter. Statistically it makes a difference to how you will feel about life in the UAE. Read on - your happiness could depend upon it!
This article is part of an editorial series on Moving to the UAE 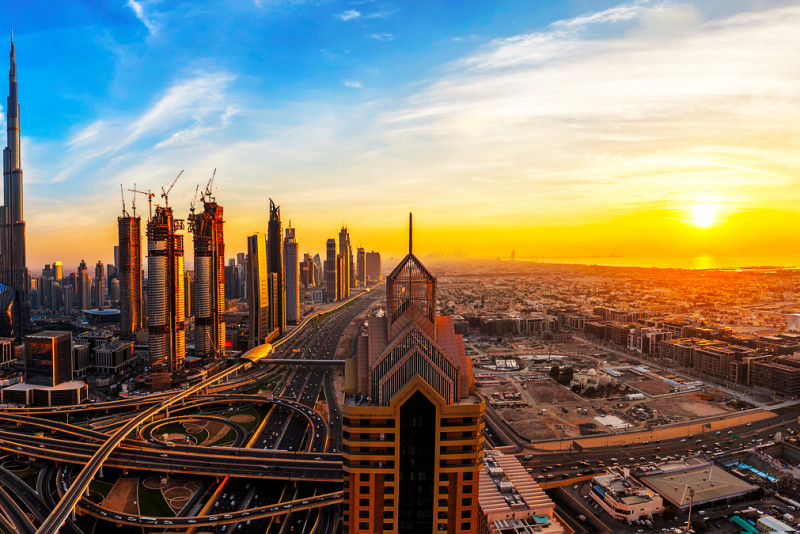 Does where you live matter to how you feel about living in the UAE? Very much so according to the respondents to the WhichSchoolAdvisor.com Happiness Survey.

More than eight out of 10 respondents to the survey said location affected how felt about the UAE. Just 18.2% said that it made no difference to them.

Although we had responses from the survey from across the UAE, responses outside of Abu Dhabi, Dubai and Sharjah were too limited to include in more granular analysis. However, for these three emirates we can reveal that the happiest population lives in Abu Dhabi, followed by Dubai with Sharjah the least happy of the three emirates. Note: This is relative. All three populations are overwhelmingly positive about where they live.

In a survey like this, there will not be one reason to explain this. The different emirates will have different populations, a different demographic make up, a different wealth level... The emirate label is merely a container for the interplay between these different components that drive happiness levels.

Respondents who own their own home are very nearly twice as likely to describe themselves as very happy than those who do not (35.71% versus 20.8%). That said, while owning your own home can tip you from being Happy to Very Happy, the number of people who are Not Happy remains more constant (11.9% if you own your own home versus 16.8% for those that do not.)

Given the biggest worry for residents in the UAE is rent, you can see how owning your own home would make a difference to peace of mind. In fact, concern over rent rises is almost completely removed for home owners, replaced with concerns over "legal protection". Legal protection, while very important and a legitimate concern, is secondary when compared to the worry about whether you can afford the roof over your head.

Reasons why owning a property makes respondents feel happy include:

"I do not worry about rent increases..."
"I can personalise the property to my taste and I know that I will almost certainly make a profit on it as an investment rather than paying rent and gaining nothing financially."
"Security - no worries about rent increases and having to move; investment - our 'rent' becomes our savings for the future."
"A sense of security. No rise in rents."
"Stability from rent increases."
"Because it's my own house, and I also own the land. I don't pay service fees, and I live happily. However, electricity and water bills are way much higher than regular apartments."
"No landlord pressure or rules."
"No need to worry about rent rises; am able to upgrade the house, put my stamp on it."
"I am not affected by the large increases in rent"
"No greedy landlords to deal with, investment, no moving constantly like many renters."
"Recently rentals are increasing in a very crazy way, many people I know had to change their resident according to big increase in their rental costs."
"It is some kind of security."
"It's not dead rent money plus when the rent rises the mortgage doesn't."
"Security, Services and standards. It also makes me feel like I am in my home country."
"1, good investment 2, no worries about the rent."
"Investment & I feel I belong more to the country..."
"Not paying rent is very good."
"I feel freer. Not depending on a landlord's restrictions."
"More secure in case of losing job."
"I know I will not be forced to move because of rent rises or my landlord wishing to sell."
"It is a secure property without the worry of landlords changing or rents rising. You can invest in the things that make you happy, such as a beautiful garden. Most of the people/friends around us are like us - long-term expats who are invested in the country."
"More secure from rent increases. Building an asset base while living in an owned property."
"I feel safe and that I don't worry about paying rent."
"There is some sense of security at least with owning a home otherwise one fees very vulnerable in UAE as you cannot make it your home! "The laws are not clear and visa situation can change anytime, so overnight you could have nothing, but a home provides a great sense of security."
"When I live in MY OWN HOME, I belong somewhere. I feel more responsible for my family, my community, the country I live in and it's citizens."
"No fights re rent hikes, no landlords..."
"I don't have to worry about being kicked out."
"The ever increasing rent worry is gone and we can finally adapt and upgrade the place we live in to the way we want."
"No Rent Rises" - x 1000.

Note: home owners are also significantly wealthier (in terms of pay) than those who are not. 70% of home owners have a household income of more than 40,000 AED, compared to 18% of non homeowners... They say money cannot buy you happiness - but statistically the survey shows the more people earn, the more they are likely to say they are happy...

As well as asking in which emirate respondents lived, we also asked about which area in the emirate they lived in. This too makes a difference. Note, clearly we are getting to quite granular levels of detail. However, as an indicator, the results are a good guide.

Residents of Arabian Ranches, Emirates Hills and The Springs - Emirates Living in general - are the most likely in Dubai to describe themselves as Happy or Very Happy. Just outside this group is Palm Jumeirah, which has one of the highest percentages of Happy, but not "Very Happy" residents.

In Abu Dhabi, communities where residents are most likely to feel very happy are Khalifa City A, Al Khalidiyah, and Al Ain - although Al Ain also has a relatively high percentage of residents who are not so happy.

Which developer make a difference

In terms of developers, residents living in an Aldar and Emaar communities are the most likely to describe themselves as Happy, followed by residents in Dubai Properties and then by those living in Nakheel communities. There are, of course, other developers, but these four developers generated sufficient response for results to be indicative. Of these Nakheel and Emaar generated the most responses and therefore are most accurate in terms of describing sentiments of community members. Note also, these are four of the UAE's top developers, and whilst there are differences, residents across them are predominantly Happy.

The "Happiness" is likely to be derived from a follow on question we asked - "How well do the developers manage where you live?" For this question, Emaar was the hands down winner, with 44.2% of respondents saying Very Well, and a further 42.2% saying Well. This contrasts quite sharply with the response for Nakheel where only 6% of respondents said Very Well, although 51% said Nakheel managed their property "Well". Emaar also won hands down on the question as to whether Service Fees represented Good Value. Well over 8 out of 10 of its residents believe fees are either Good Value or Fair. Approximately one half of Nakheel residents feel the same way.

Note: As a whole Nakheel residents tend to be younger than Emaar residents. They also have a much wider spread of monthly income, which makes sense given its developments range from International City on one end to Palm Jumeirah on the other.