Oxbridge: No Conspiracy, It's Just Hard

Getting into Oxbridge is very hard, It is not just about being a great student (there are 10s of thousands who are), being passionate about a subject or career, or having an extra curricula list as long as your arm. It is about all of those things, and a lot more. Preparation is, however, key...
Oxbridge: No Conspiracy, It's Just Hard
By WhichSchoolAdvisor.com 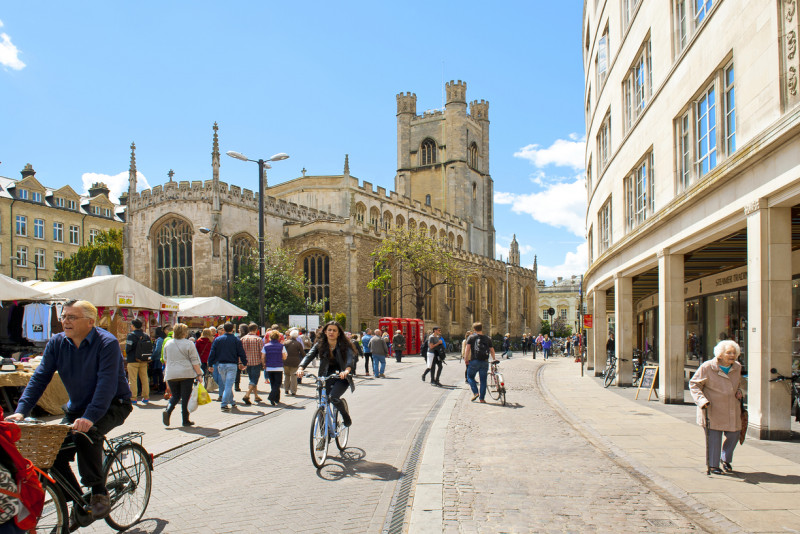 WhichSchoolAdvisor.com recently overheard one of Dubai's top schools claiming, privately, that its pupils were being discriminated against by Britain's top universities, most notably by Oxford and Cambridge.

When my colleague told me about the conversation, repeated earnestly as if the accusation could possibly be true, it struck me as at once both ridiculous, but totally understandable. It is ridiculous because universities would not have a list of schools from around the world that they made things hard for. It is more ridiculous still to think any school in the city of Dubai would register on that fictitious list.  All of Dubai schools combined probably make less applications that one Eton or Cheltenham.

The simple truth is that it is hard to get into a good UK (or US...) university, simply because of the competition to get in - especially if the course in question is popular.

Education is one of the UK's biggest industries - and its universities are targeted by the best and brightest from across the world. In total 300,000 foreign students studied in UK universities in 2013, the year of the first publication of this article (contributing more than £2bn in fees to higher education funding). By 2018 that figure had jumped to 458,490...

Just take Dubai as your case study and think about the funnel from secondary to tertiary studies. More students in the emirate attend UK curriculum schools than any other. In 2013 69,666 students were studying in UK curriculum schools, a figure jumping to 110,000 by 2020. The chances are you are either working in, study at, or send your children to a UK based school.

Add to this number, the applicants from students not even studying at a UK curriculum school that apply to a UK university... Who does not want a first class honours from Oxford, Cambridge, the LSE, Kings', Durham...? Now multiply these numbers by the number of similar cities around the world, and square with the number of students applying from the United Kingdom... FYI: China alone sends 120,000 students to the UK to study...

Back to those claims... So given this intense competition, why would any school believe its pupils would be discriminated against? To answer this question, I will give you a very personal response. My daughter is predicted 44/45 for her IB (an incredibly high prediction). She has spent the last couple of years working during her holidays doing internships at law firms - she knows what she wants and is very committed. (Why law I still do not know!).

She has a very strong personal statement and her school actively encouraged her application to Cambridge, believing that she would get a place. She was interviewed, pooled (when the student does not get a place at the college she has applied to, but circulated to other colleges as "good enough"), but ultimately rejected. (About one in 5 - approximately 600 out of around 3000 - of pooled applicants are awarded a place at Cambridge.)

As a parent, you can only scratch your head and ask... "Why, How. What!?" It is fairly natural to go from this to all sorts of conspiracy theories. Was it her nationality? Sex? Private School Education.... Anything but face the fact that, on the day, there was someone offering some "thing" slightly more than she did, who just interviewed better... Anger, Denial... Acceptance

In an interview with the Daily Telegraph, a retired Dean at a Russell group university said: "The reality of university admissions, especially in the most popular subjects such as law, English and psychology, is that you have so many applicants with the right grades, compared to the number of places, that there is very little leeway at all.

"From suitably qualified applicants, I could have filled all my places with people from Grub Street Comprehensive. Or I could have filled them with products of Eton. My job, at interview, was to try to strike a balance. And I do that not on the basis of social engineering, but by trying to work out who has a passion for the subject.”

So, the simple truth: While a prediction of 4 or 5 As at A Level may be a bit special to your school, pool all of the schools from around the world, and it is not the differentiator. It’s not possible for Oxford or Cambridge to select the best students based on their UCAS applications simply because there would be too many students with the top grade.

Note: Cambridge is low because of self-selection. Only the very brightest applicants tend to apply.

So is the answer not to apply? Not at all - someone has to get in, and it could be you, your child or your student. However, you really have to be practical, sensible and accept that there are many, many gifted students out there.

You also have to accept that on the interview day, should there be an interview, things could go well (probably not enough), or they could go really well (maybe enough). You can also stack the cards in your favour, by really working on your personal statement, and making sure you can show your commitment to what you want to study. This, more than the top A Level grades is the hard part, and does require both the school, and the student to really think ahead.

What are you/is your school doing to prepare students... And not just in the few months before the application.

Top tier UK universities come under significant criticism for the high percentage of private school students studying their courses. In total 92% of students in the UK study in the state system, but only six out of 10 Cambridge students, for example, come from the sector. The reason is not about the grades. It is about the level of preparation of the students who apply. UK state schools can argue that they do not have the resources - financial or in terms of time - to spend on a select academic few. This is not an argument that UAE schools - which are privately funded and far from cheap - can use...