At one time, the UAE was an expat posting where families spent just a few years in the country.  Now families are staying ever longer.  While cultural understanding has always been important, if a child is to grow up here, a deeper understanding of their new ‘home’ is essential.
Bringing Culture Home to Early Years
By Jenny Mollon 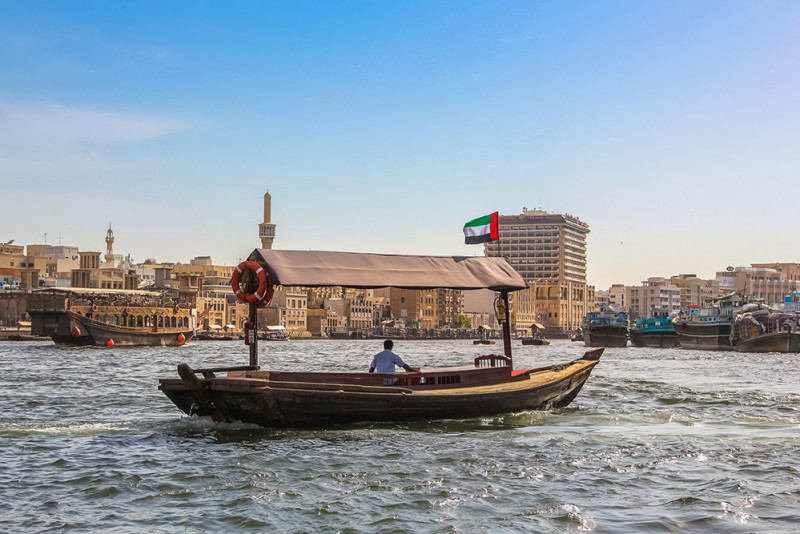 Expats often hear the phrase “Third Culture Kid’ used to describe children raised away from their ‘homeland’ for a significant part of their early years.

The expression ‘third culture’ is given due to the notion that children are raised with an attachment to their parents culture, the culture of the country in which they are raised and an amalgamation of the two cultures (being the third culture).

A huge amount has been written on the benefits and disadvantages of being a third culture child, not least by WhichSchoolAdvisor.com itself. Read: The Pros and Cons of Being a Third Culture Child to get a very good overview of how it will both help your child, but also hold them back, certainly when it comes to fitting in and 'feeling at home' when and if they do actually return to it.

This article is however less about that return home, and less about the third culture. It is more about how to grasp the opportunities the second brings - the culture we are within.

As parents we are often very guilty of not taking advantage of the extraordinary opportunity that, literally, is everywhere around us.Growing up in the UAE, surrounded by children from around the world should help engender an appreciation and even love of many cultures. Language immersion is particularly useful for very young children. For those under five exposure to high quality Arabic lessons is key - the gift of a language that, as they grow older, will become exponentially less attainable.

As a parent doing this by yourself is of course extremely difficult. But then you should not need to be alone.

Zeena Assam, the Managing Director of Creative Nest Nursery (CNN) in Al Mizhar, tells us that whilst she had been very happy with her own children’s experience of nursery, she felt that they entered the primary school system with a without having had a truly age appropriate introduction to the prevailing culture in the UAE.  This was something she was determined to address at CNN and embarked upon creating a programme of culture and language learning that would intertwine with the most up to date of Early Years best practice.

WhichSchoolAdvisor.com was invited to attend an Islamic lesson for a group of two year olds.  The theme of the lesson was the importance of cleanliness – of the body, clothes, home and school.  The teacher delivered the lesson in Arabic, sitting cross legged on the floor with the children.  She used a baby doll as a prop and for role play, singing songs and asking each of the children questions and for ideas.

All the children smiled and joined in, although a few really didn’t want to hand over the doll!

The lesson closed with a simple verse from the Quran, which several of the children were already able to recite independently.  The lesson felt playful and collaborative throughout.  Teachers here are encouraged to follow the children’s interests wherever possible.  For example, one class loved the story of ‘Jonah and the Whale’ so much this became the basis for some beautiful ocean art work during their creative lesson time.

Whilst children are not required to be Muslim to attend CNN, the fundamental values and teachings of Islam are embedded into the wider curriculum and non-Muslim children receive regular ‘living values’ lessons, where the values of kindness, respect, unity and charity are emphasised.

Arabic is delivered in ‘immersed’ lessons – where children are just as likely to plant seeds or play with play doh using the Arabic language as they are to sit and to listen to their teacher in a traditional way.  English and Arabic teachers plan lessons together to ensure a seamless delivery of topic work across the curriculum.

Creative Nest Nursery is of course not alone. Another Early Years setting keen to encourage UAE heritage is Smart Start Kindergarten in Al Barsha. It has recently introduced its own ‘Curriculum for Cultural Awareness’.

Topics include the History of the UAE, The Seven Emirates, Symbolism (including landscape, traditions, animals, landmarks, clothing), Food; Celebrations; an Introduction to Islam; Vision 2021 and the Expo 2020; and Cultural Diversity and Understanding.

Again, these important and often traditional lessons are delivered in an up to date way, using a model of enquiry and play based learning.  Lessons are planned and led by Arabic and Muslim teachers with support from other class teachers.

An early exposure to languages is a well-known benefit to life abroad and many academic studies have demonstrated that so called ‘Third Culture’ children have an expanded world view and greater interpersonal skills when compared to those raised in a more traditional way.

Many nurseries have grasped this and are creating and getting behind initiatives to aid awareness of the culture and heritage of the UAE. Not all nurseries will do so equally however.

If you want your child's pre-school to be a partner in helping your child develop a deeper cultural awareness of the country you are in, along with the beginnings of a journey into the world of the language of the country, ask the questions that will help you determine the level at which the nursery currently is able and willing to do so. Ask not only if, but how it supports your child's development. Even better, watch a class in action to see just how well these lessons are delivered. You may even learn something yourself!